Theory first
In all my workshops theory is the start of the workshop, and also small flash is no exception.
In the theory part I explain the difference between small flash and big flash and how the system works and the problems one can encounter, which are of course also shown in the practice part which follows after the theory, however showing it with a powerpoint presentation is always a bit more clear for the student than only showing it in the real world.

Playing with E-TTL and manual
In the first part of the workshop I show how to work with E-TTL vs manual.
In this part it’s very clear how E-TTL works and what you can expect to go wrong, if you learn this by heart you will know in which situations E-TTL will be enough and in which situations you have to measure manual, and in fact it’s not that hard to remember. When a scene has a nice and even distribution of tones you can use E-TTL to get adequate results, when there is a lot of light tones or dark tones you will have to start considering doing manual readings (and to be honest why not always measure ?)

After this the students are shown how they can very easily create soft light and anything in between with just one translucent reflector. The following shot is one of the results from this. It’s always fun to to see the reactions from the students when they realize what you can do with just one translucent reflector and one strobe. It really doesn’t has to be expensive. 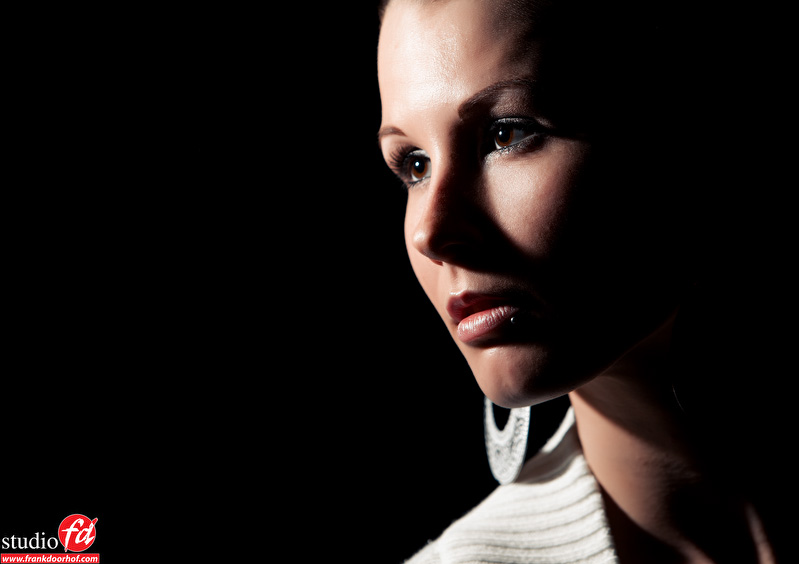 Mixing light
For the next setup I mixed available light with one strobe.
The nice thing about this setup was that I could expriment with the Rogue flashbender which I received a few days before the workshop from Cameranu (many thanks guys), and I have to add that this is a must buy when you are using small flash, it’s awesome. It’s a great reflection device which you can bend into a snoot but it will mainly be used as a great flash bounce card which works great. In this setup however I turned it around and used the dark side of the flashbender to block the light falling on the wall behind the model, this way you can use a nice quality of light on the model but not spilling it on the wall, and it works great so I’m really enthusiastic about this product, it folds up very easy in your bag and has loads of options so make sure you get one for yourself.

Corine was lit by the chandelier and when shot without the strobe the bulbs will blow out or the model will be too dark, to solve this I’ve added one strobe with an amber colored gell (to lower the colortemperature) and of course the flashbender to block the spill light. During the workshop I will first show the E-TTL method and how to correct this with the EC and FEC to get the mood you want, after this I show that it’s often much quicker to measure the scene. Here are two of my favorite shots of this setup. 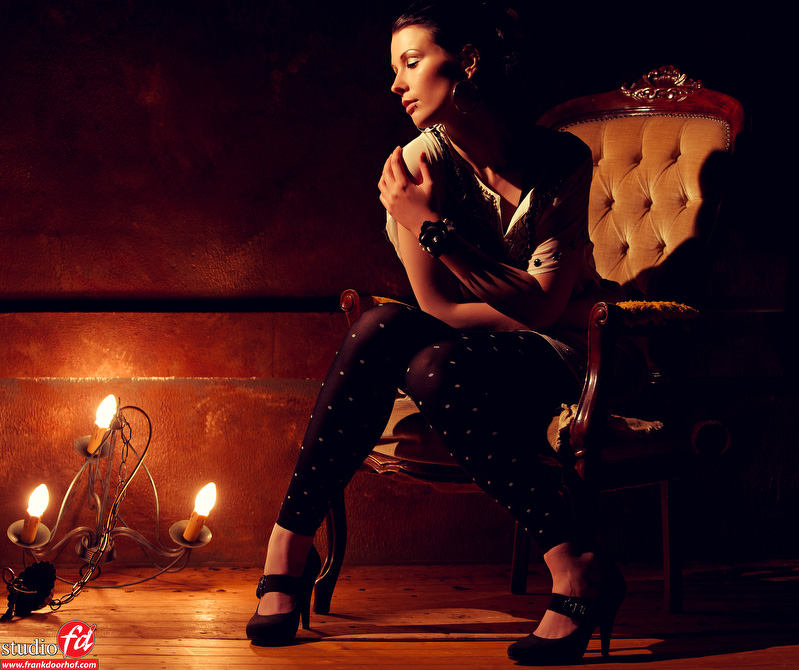 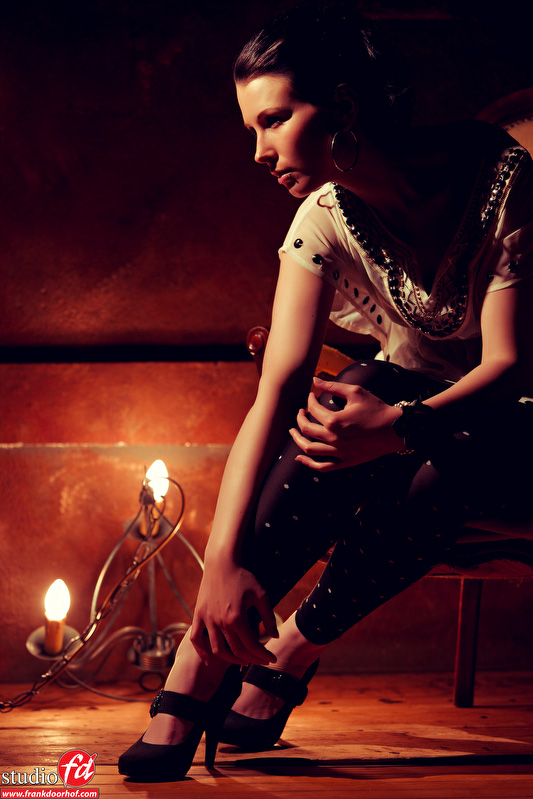 Going outside
Part of this workshop (when the weather allows) is an outside part where I show how powerful those little strobes can be when used outside. And ok the sun in the Netherlands is not like it’s in California but also here you can have some very sunny days, and this day it was one of those. Also here I will start out with E-TTL settings and show the difference between the FEC and EC settings (Flash Exposure Compensation and Exposure Compensation), but also HSS (High Speed Sync) is explained and demonstrated. I started out with the bare strobe and E-TTL, after this I moved to the Manual mode and added a small striplight to the strobe. The striplight and connector is part of the “Frank Doorhof strobist kit” from CameraNu.
I have to add that I did use Photoshop on the outside shots a bit more than I normally do, this was not because the original files were not correct but I just believe that this kind of treatment worked really well for these shots. 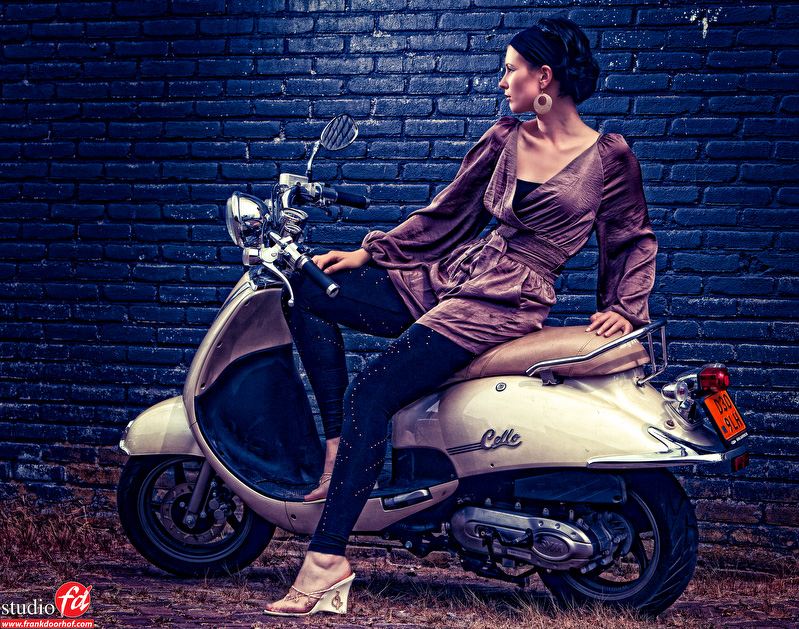 Conclusion
Small flash is often not take serious by photographers working with “big flash” and regarded as those fun little strobes for beginners. But many photographers luckily see the small flash for the value they really give. When travelling they rock, add a Rogue flashbender and you’re incredibly flexible and it doesn’t take up any space or weight. Although personally I love the Elinchrom Rangers and Quadras I strongly believe in “horses for courses” and small flash is without a doubt adequate for most situations and if you do need more power just add another one (I always travel with three). However I do believe that working with small flash is not as easy as some people will make you believe, it’s not just pressing the shutter and getting the result you want. Yes for most fill in flash it work just fine, but when you want a little bit more you will really have to understand how the system work, but also in more difficult situations it’s very important to understand how the system works, and of course being able to shoot manual is a must I think, so I also give a lot of attention to that part.