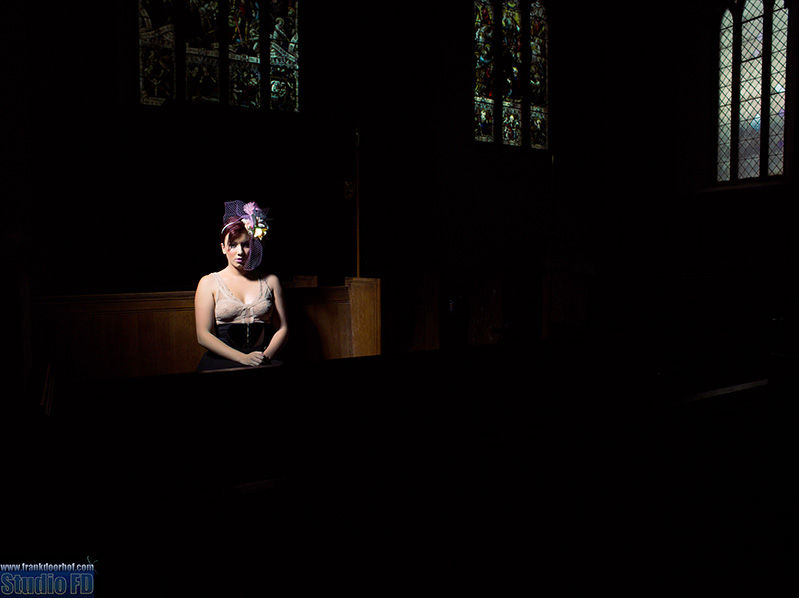 This one is also asked a lot and to be honest it’s a subject I don’t like to go into, but I will in this blog post.
Personal opinion
Let’s start off by saying that I strongly believe that there are way too much people out there that think that they know exactly what low key or high key exactly is, and trust me I’ve read some crazy things…. for me there is no real rule about the amount of white in a shot to make it a high key shot, or the lack of whites in a low key shot. So please read this blog post as my PERSONAL opinion and don’t take it to be the truth, because again I strongly believe there is no fixed set of rules. 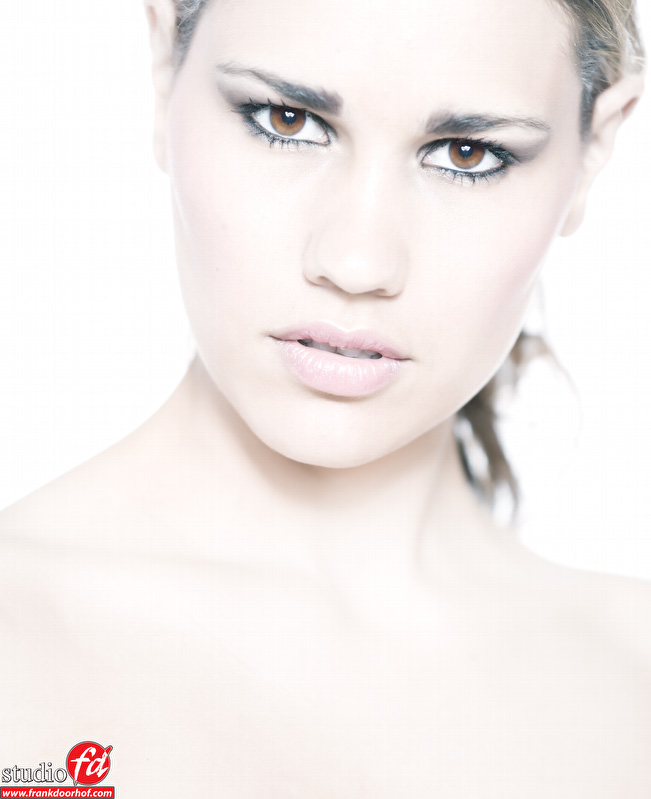 High key
For me a high key shot is not a normal lit shot agains a white background, that’s just a shot in front of a white background. To make it high key I like to see the “key” of the shot to be higher than it should be. This translates to the following. If we take a look at the shot above you can clearly see that this is not the normal skintone of this model. Let’s say I measured her with an incident meter reading on f11, this would mean that if I would shoot her at f11 her skintone would be correct. In other words the correct key (brightness) for her skin is in this case f11. When I want to make this a high key portrait I will open up app 2 stops and shoot her on f5.6 this means the key of her skin is now 2 stops higher, it will not blow out (that happens at 2.5 stops) but it’s very close. For me this is the approach for a high key portrait. Some people will beg to differ and will claim that if 80% of the shot contains information above let’s say 200.200.200 it’s high key. My answer is always very simple, what if in my shot it’s 79% ?….. you see why I don’t really believe in fixed rules 😀 ?
I think that with high key, we should change the key of the shot into something that is lighter. 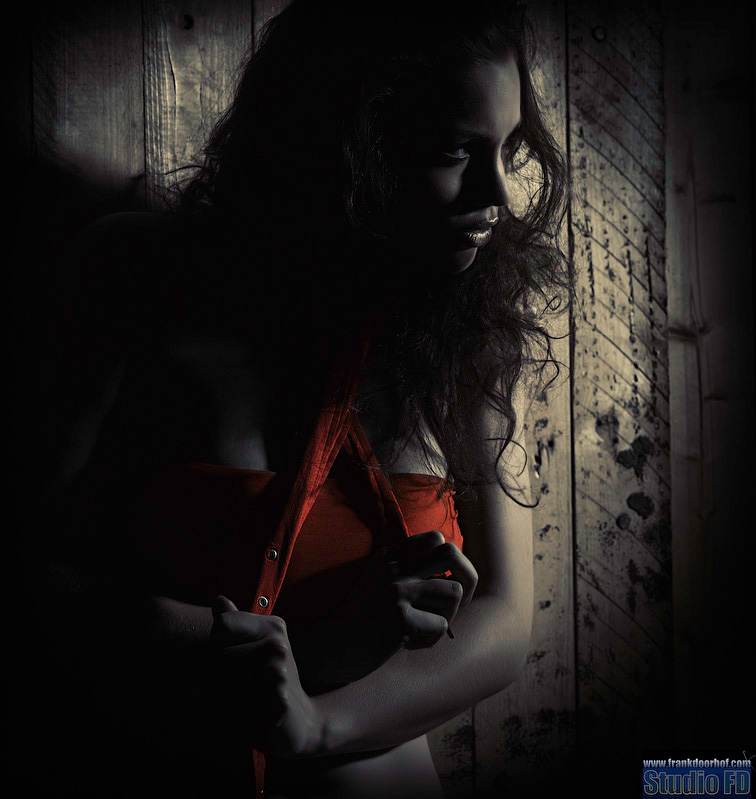 Low key
So with low key we go lower ?
Well one would expect, but honestly I don’t think we have to. The shot above is indeed lower in key than it should be but to be honest it’s also one of my shots I don’t really like, a lot of people love it so it’s still in my online portfolio but one of these days I will kick it out. For me it looks underexposed, I do understand the appeal to the shot, I also like it quite a bit (otherwise it wouldn’t be online of course), but it’s not perse the rule for low key. Where with High-Key I do believe I have to change the key with low key I’m more the guy that will say that if the image breathes “darkness” or is mainly dark and moody it’s a low key shot. For example in most of my low key work there still are areas of white, but most of the shot will be covered in dark shadow areas, start contrast etc. like these shots: 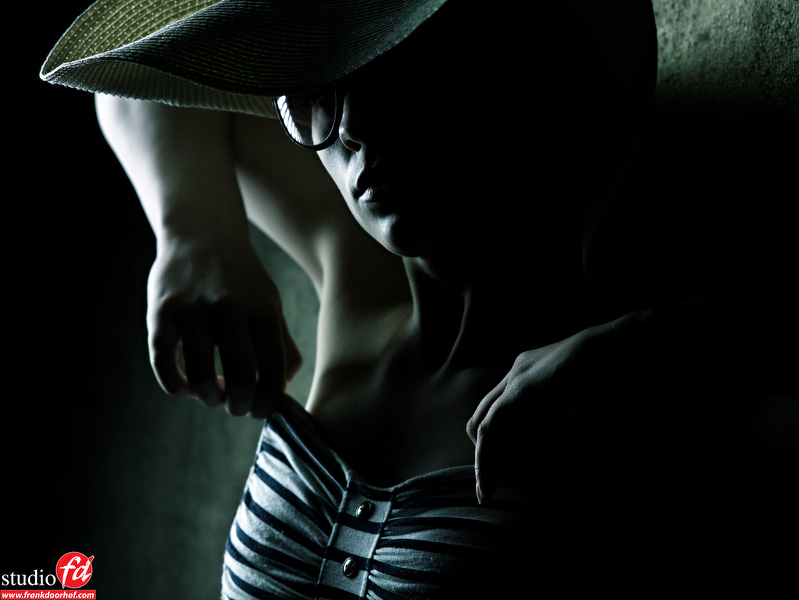 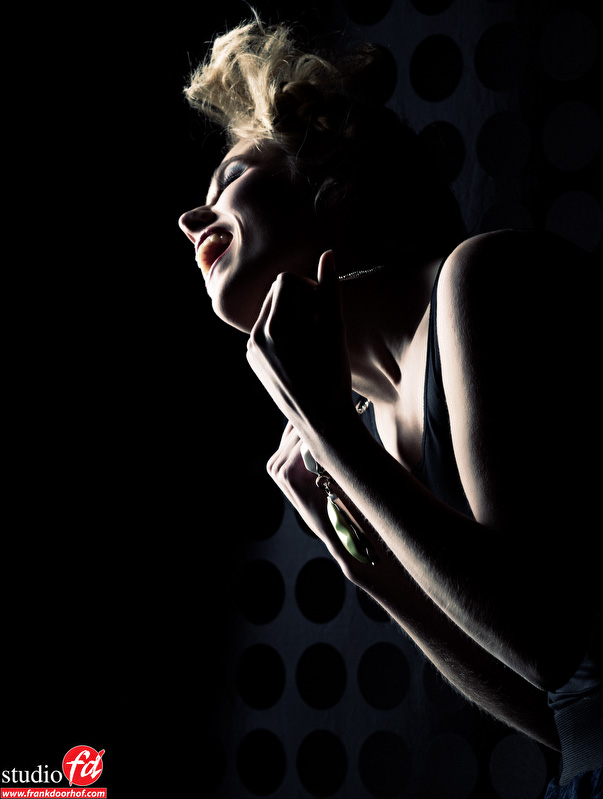 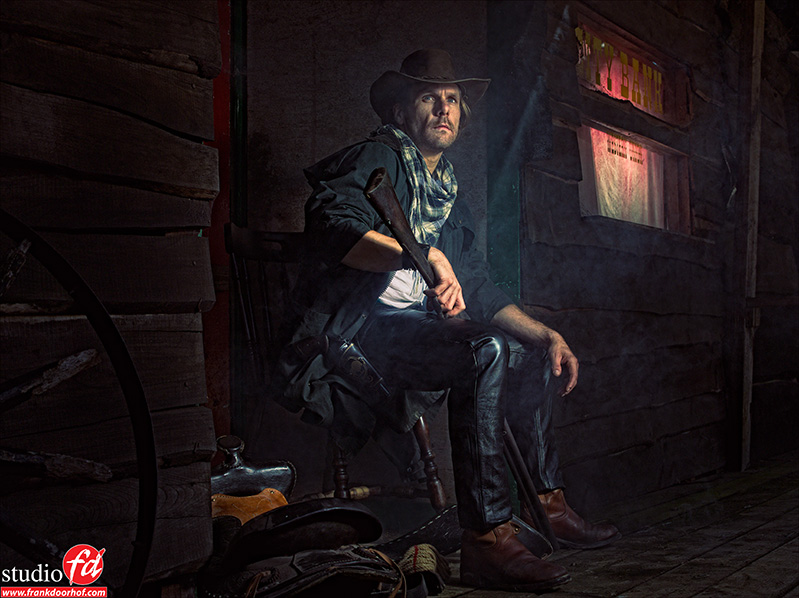 Conclusion
With most techniques I have a rather solid opinion, although I’m always ready to change that opinion when I hear something that makes more sense of course. With the high-key vs low key debate I often don’t want to go into that area because honestly I really don’t know I can only say what I “think” is the definition and even than I really can’t make a real definition about what low key and high key really is, for me it’s a feeling of the shot and a personal opinion. I do know what I don’t think it is… a high key shot is not a normal exposed image against a white background (although some people will tell you so), and a low key image for ME is not an underexposed image, but it could be an underexposed image if everything else fits the mood…. so as you can see the jury is still out on this one.

Would love to hear your opinions.