It’s no secret that I love shooting people.
Don’t get me wrong, I really mean photographing people of course.
In fashion photography it’s easy, you can ask the model to do certain poses over and over again (to a certain limit) so you can really get the shot you want. With celebrities it’s a bit more stressful because you don’t have that much time and the pressure on those shoots are always a bit higher than a normal fashion shot (although some can be really stressful). 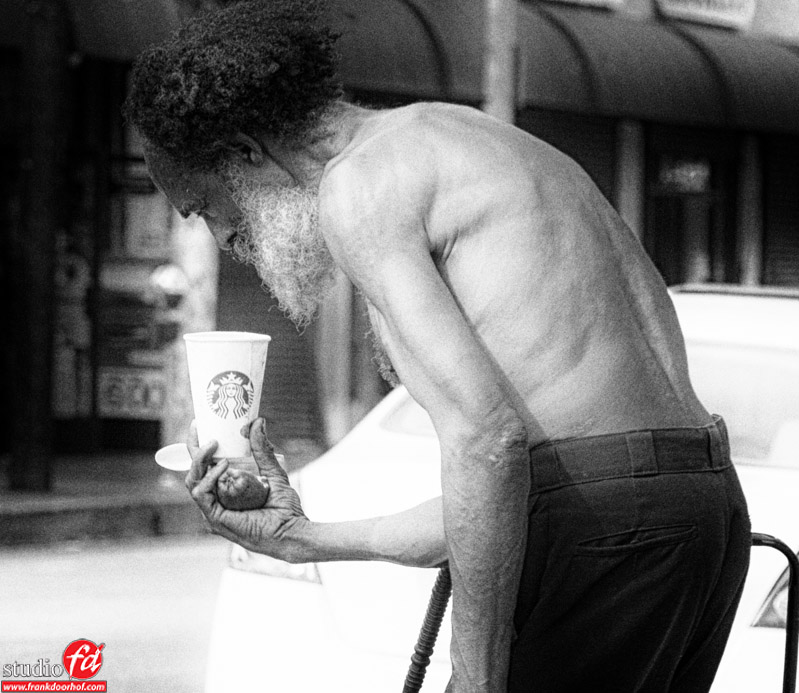 Over the last few years I’ve developed another love for shooting people, namely on the street.
Now one could argue about how to call this, is it street photography?, Streetportraits?, Candids?
Whatever you call it it’s something I love to do. In this blog post some tips and tricks and a lot of images. 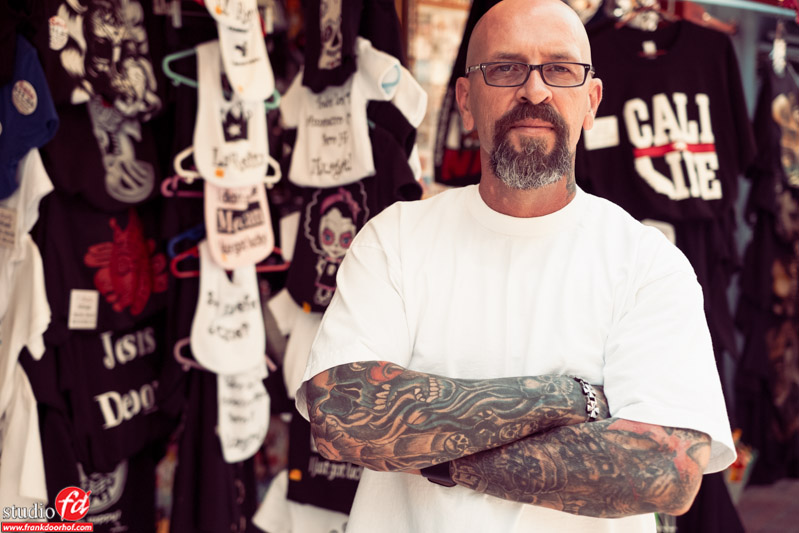 Don’t be afraid to ask
Although it can be incredibly scary at first in the end I must say that in 90% of the cases I get a really positive response to my question “can I please take your portrait”. Of course the question differs per subject. In the case of the image above I just asked “Sir, I love your tattoos and look, would you mind posing very quickly for a shot”, much to my surprise his response was more than just “yeah sure make it quick”, I asked him to cross his arms and stand in front of one of the small shops on the market and quickly took this shot. This is something I will always do, take the shot quick. Somehow I don’t want to take too much time from my model/subject. Just a quick shot and a thank you. In some cases I will also give my card so they can mail me for the shots. 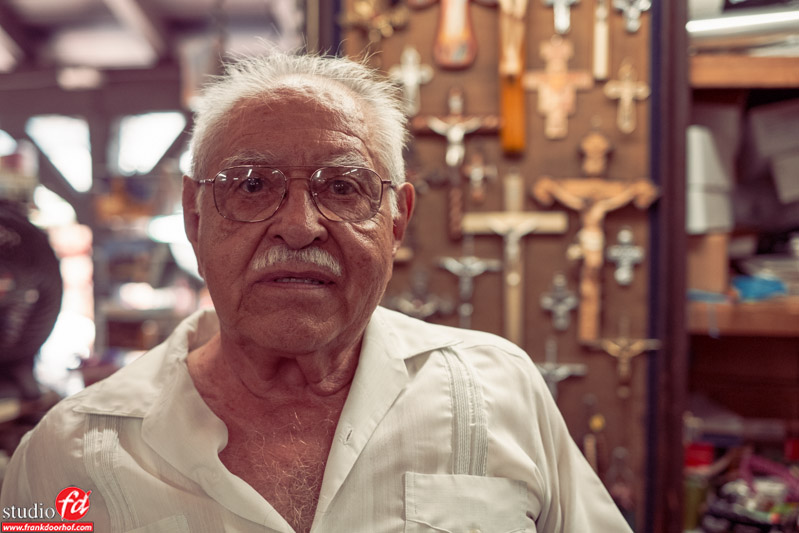 You will also find yourself in a situation where your subject doesn’t really understand what you want, in such a case just take the shot don’t take too long to explain what you want to do, give a huge smile and shoot, in 99% of the cases the subject will think “Now what just happened, but he smiles so it will be ok”, thank your subject and get out. 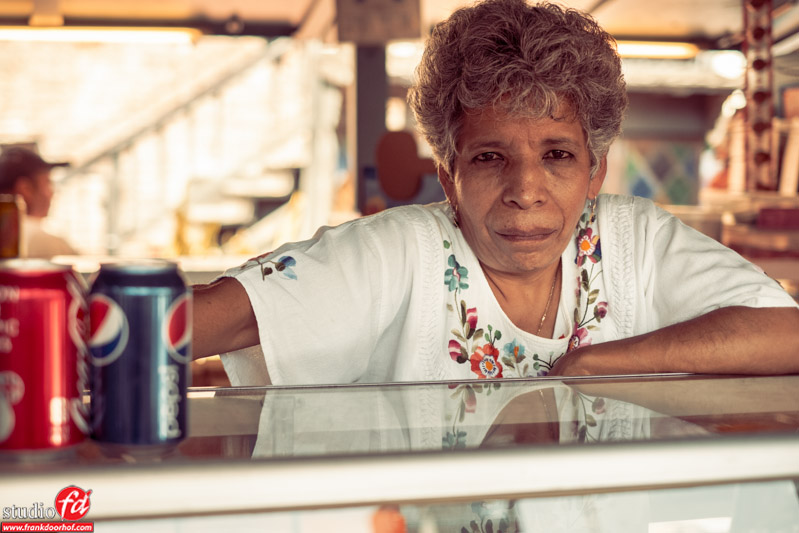 Not asking
In most cases I don’t ask permission but I will just shoot.
In some cases the subject will approach you and ask you what you are doing (sometimes friendly, sometimes not so friendly).
When you smile and show him/her the image and explain that you just love the way they look and would love to take another shot in most cases this will end in or more shots or in a response like “Don’t do that again……xxxxxxxxx” fill in the blanks yourself (I want to keep it a blog that is open for everyone :D). In both cases you got the shot. 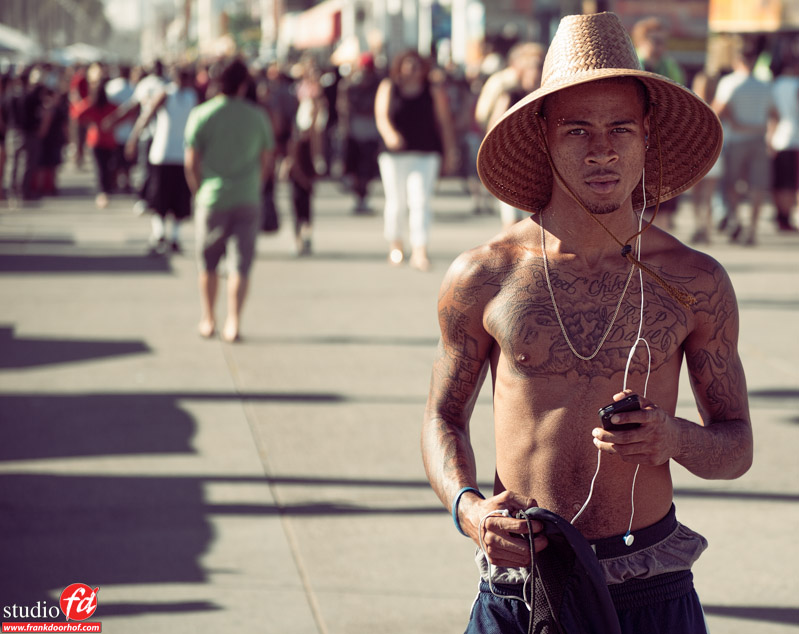 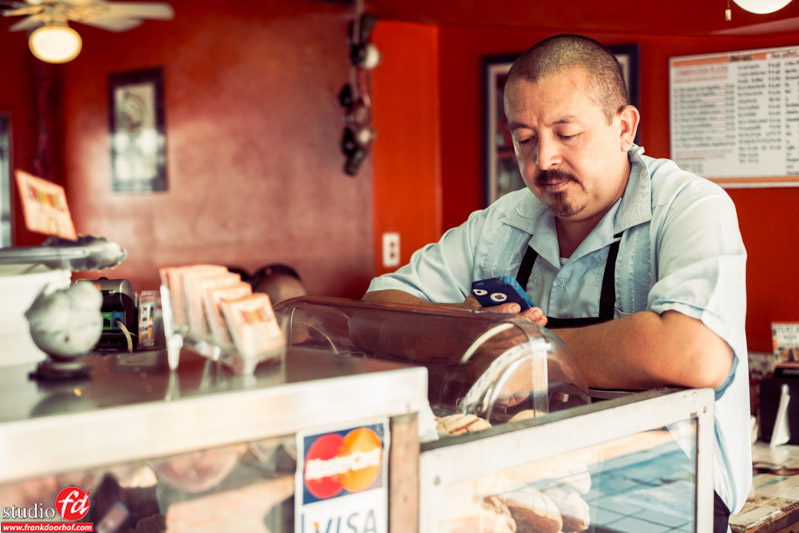 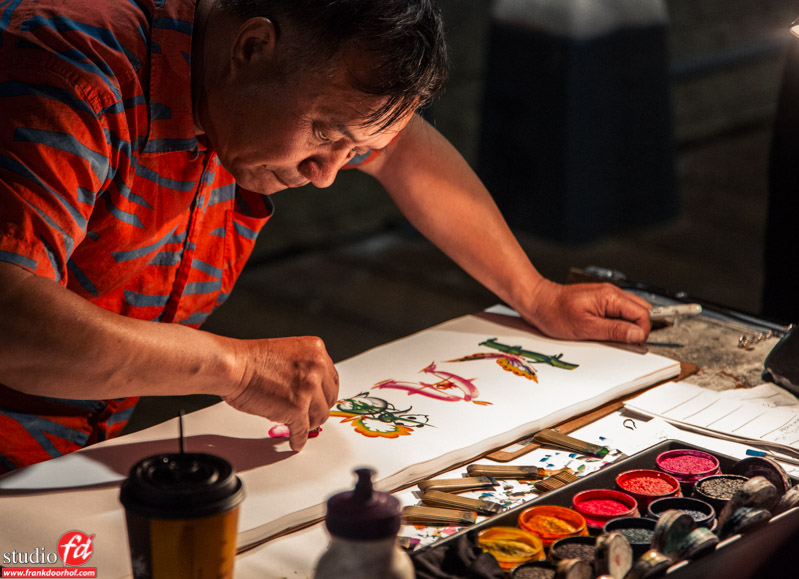 Homeless people
According to some they should not be photographed, according to some they should.
I’m a bit in the middle, I do feel bad when I shoot them, but on the other hand I don’t shoot them to benefit from it, my idea behind the images is to make people think about how good we have it and how bad it can become, the power however that the images hold is for me personally a reason why I keep shooting them as soon as I have the chance. Those images however are always taken without asking. 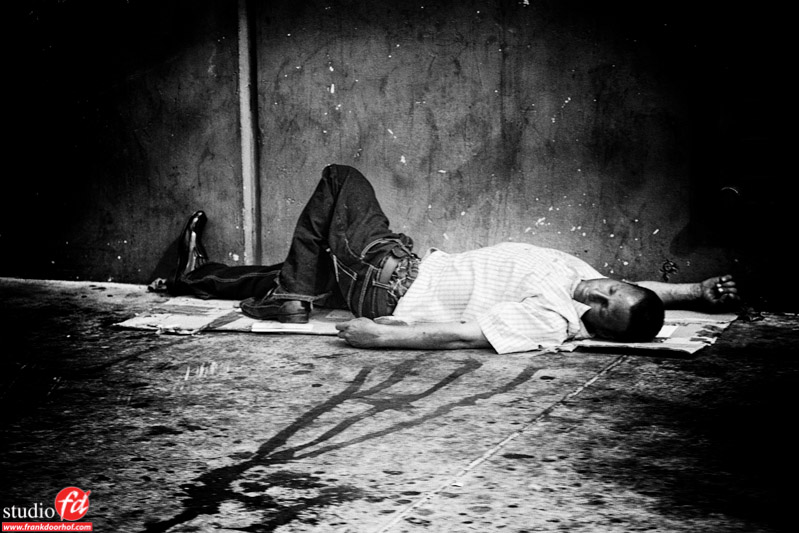 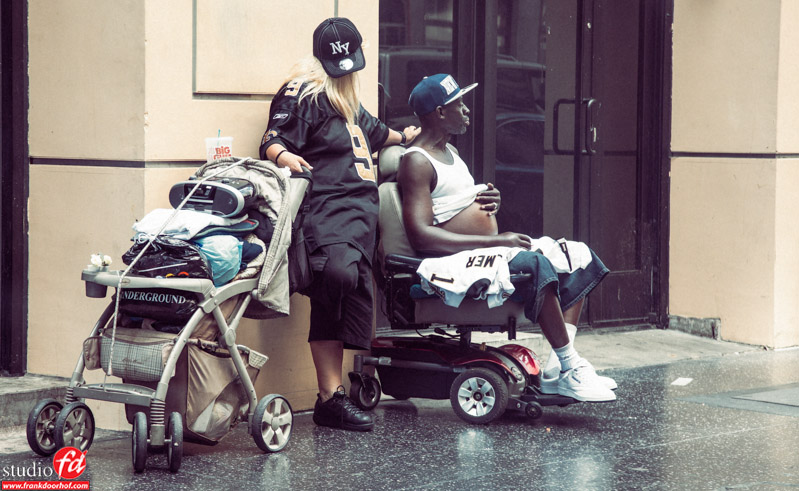 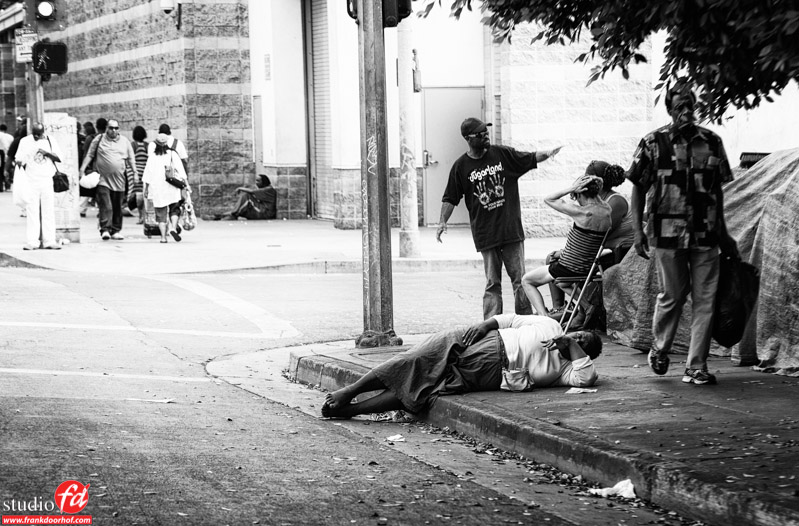 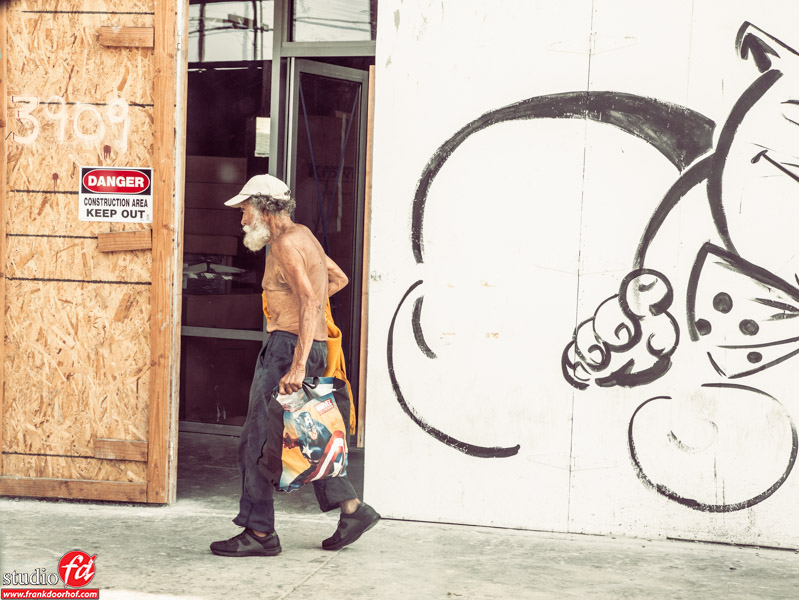 Locations
Great locations to shoot people are markets, shopping malls (although somehow those are much more tricky to shoot in), metro/train stations, on the train/metro/bus and sporting parks like for example skate parks. 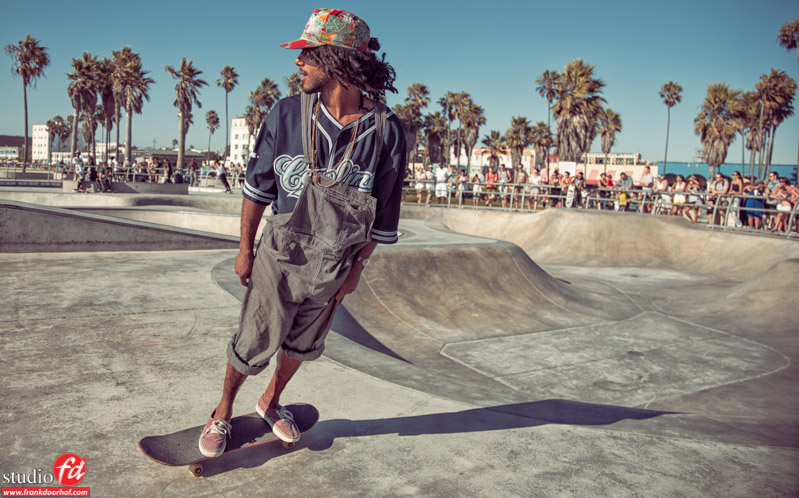 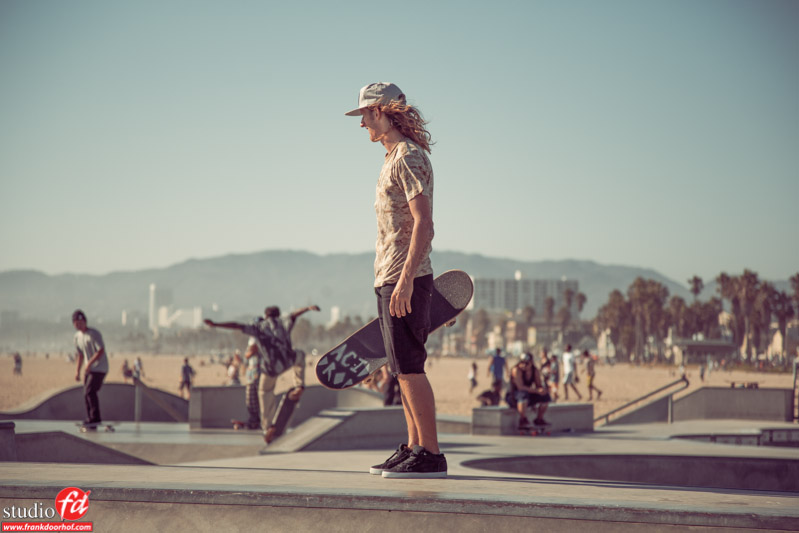 Finally a gallery with some images from “faces from LA”.

The change that a strobe can make
Get your kicks on Route 66
The subway in New York
Vienna Prater – day1
Graffiti
Tip : using strobes and natural light
2 replies

How RUDEas promised at Photokina
Scroll to top
Loading Comments...