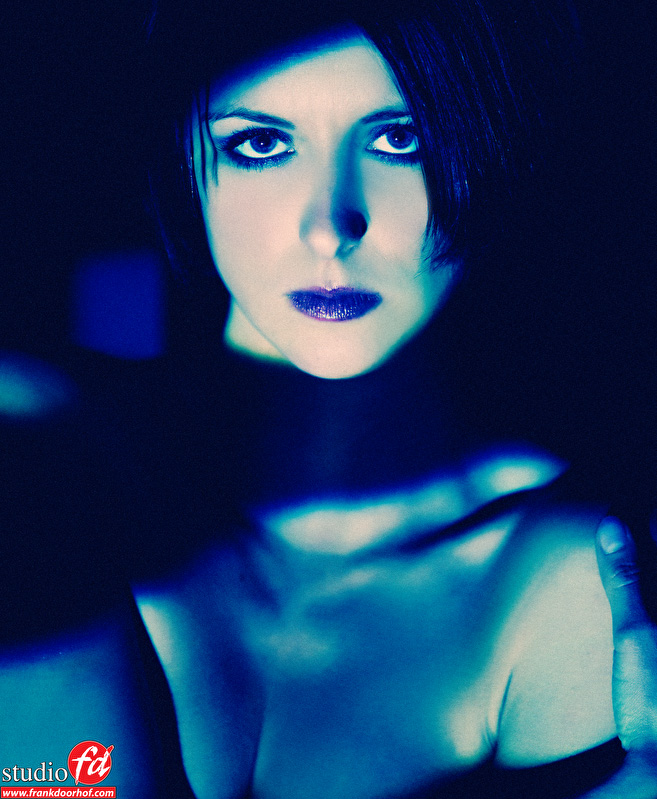 Sometimes it’s time to do something that’s more experimental, or in other words something that can go wrong.
I love those sessions but due to my schedule it’s often hard to plan something like this, but yesterday it was time to play. Many thanks to Bianca who was my willing model for this session. Remember when clicking on read the rest that some images can be considered not safe for work, although I feel they are all rather safe 🙂

For this session I wanted to try something with a projector on a nude body.
When we shoot nudes or glamour we always start out with some fashion shots for the simple reason that this often loosens the model up, I’ve known Bianca for some years but still we always keep this workflow in place. So for the first setup I used the Elinchrom BXri500 with the Elinchrom Maxilight aimed up at the model to create a bit different atmosphere than you would normally see. On the Maxilight I’ve added a grid that is attached with “tape” because Elinchrom doesn’t make a grid for the Maxilight *yet*. You could use a grid like this, it really gives you a wonderful quality of light. Without the grid the Maxilight is already a very nice light source but with the added grid it simply rocks.

The first setup in action. 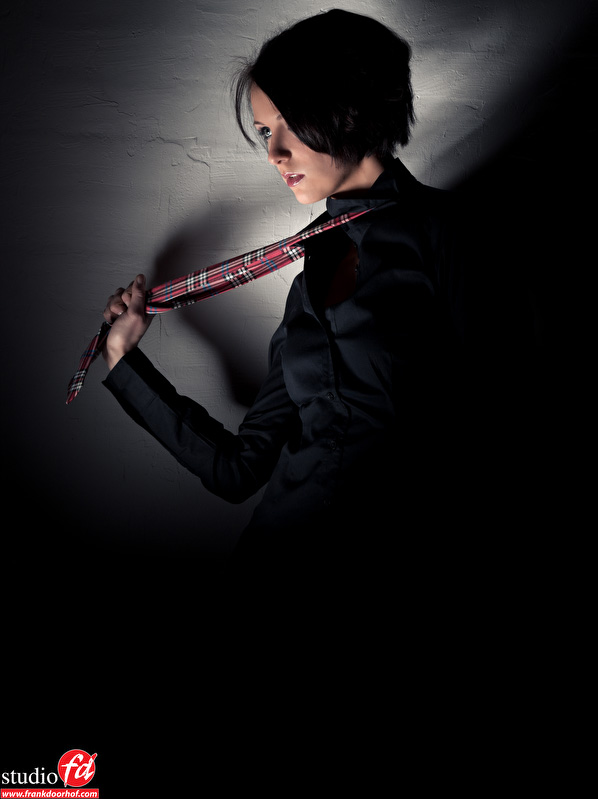 After this it was time to start experimenting with the projector.
I’m using the Epson 1775W which I also use during the workshops, the nice thing about the 1775W is the wifi option which makes it possible to place the projector where ever I want and “beam” the images straight from my workstation to the projector, this is great for the seminars and workshops but for this it was just awesome because I was totally free in the placement and could move it around very quickly.

In Photoshop I created some text (black on white) and we experimented a bit with different types of setups ranging from close up light to larger projections on the body. But also the angles were very interesting of course, well to make a long story short here are the different setups we tried. 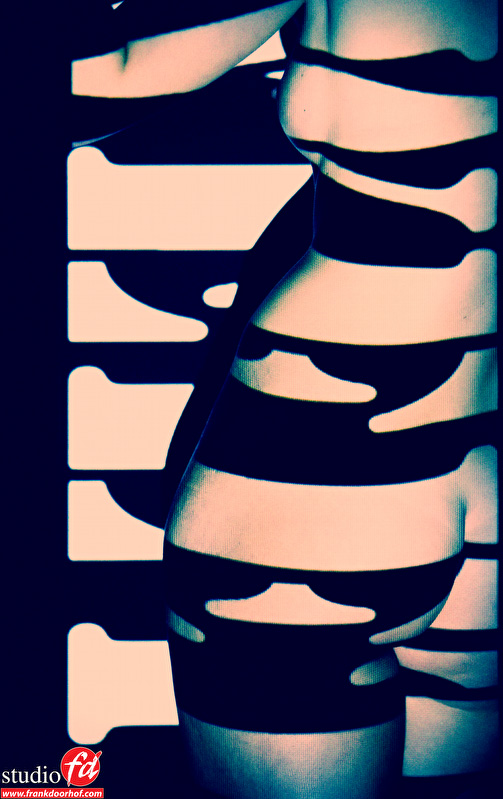 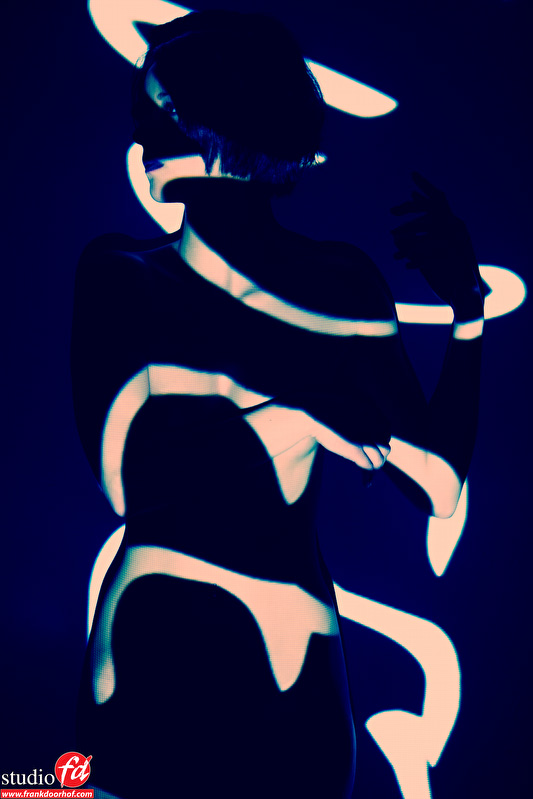 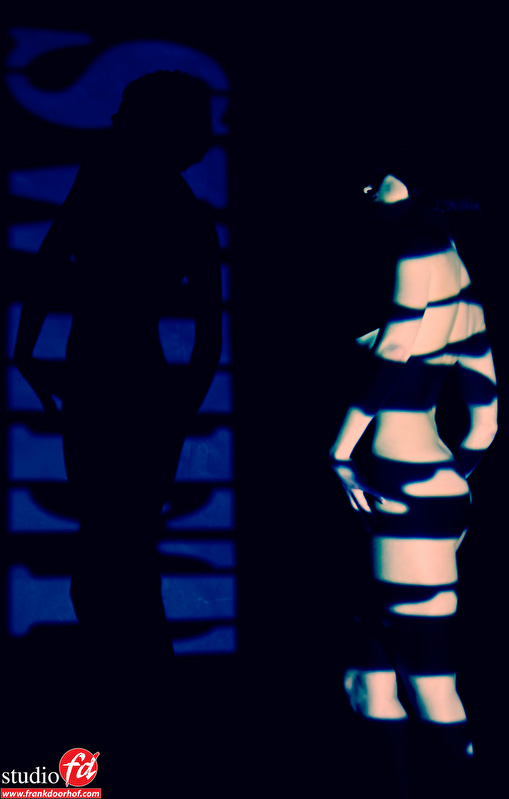 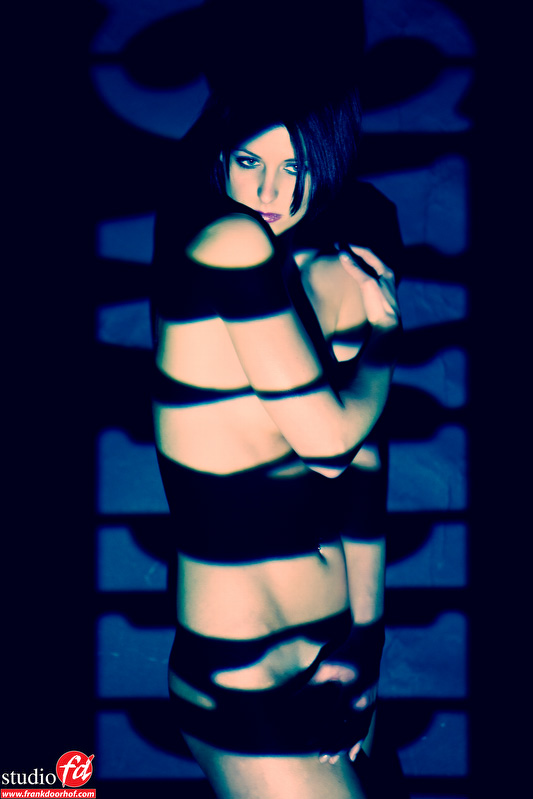 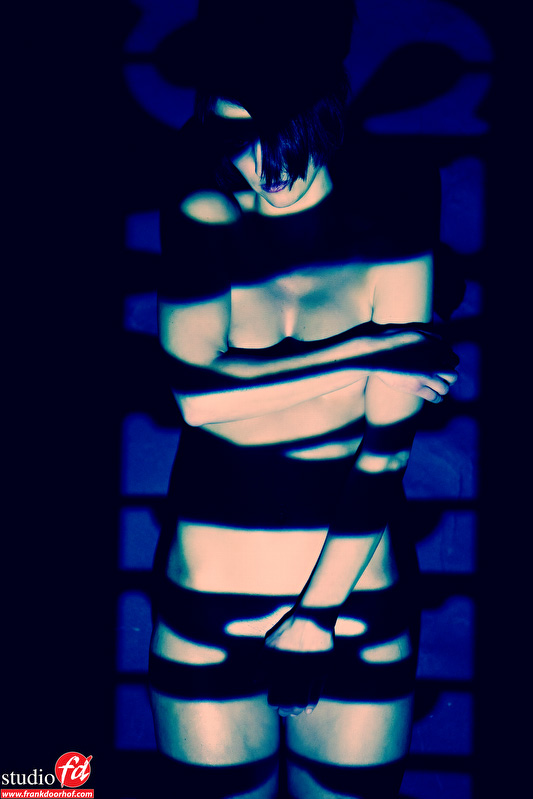 All shots were done with the Canon 5DMKII and Canon 70-200 f2.8 L IS, mostly on ISO settings between 800-2000.
The nice thing about the 5DMKII is that it has great low light performance which was really nice to have here, in the end I opted for a more extreme retouch in Photoshop which made the images a bit more rough, but the better the starting point the better the end result of course.

Final setup
After the projector setup we did one final setup for Bianca’s portfolio.
A very straight setup with the Elinchrom Deep Octa and Lighttools grid from very close on the model. 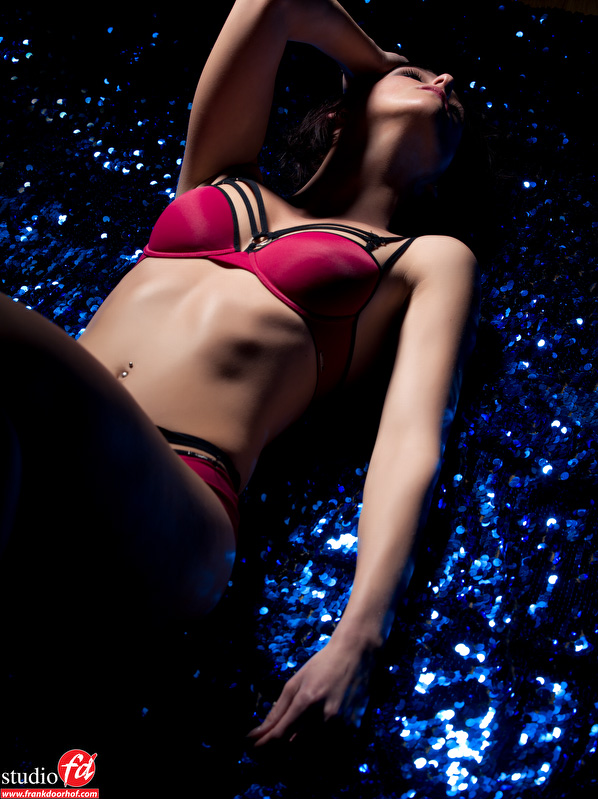 Fashion with a model