Professional imaging for me is the THE event of the year in the Netherlands, it’s a huge trade show with everything a modern photographer/designer or videographer could wish for. I’ve been demoing at the PI for a long time at the Elinchrom booth so I’ve seen the show progress over the years, and I’ve always had a weak spot for the show so when I was asked last year by the organization to help out with some of the speakers I jumped to the opportunity because I do know some good speakers 🙂

So this year was the first time I was in charge of the main speakers, I asked 2 buddies of mine that I know would blow away the crowd with their talents, Joe McNally and Glyn Dewis both excellent at their part of the spectrum. Adobe arranged Jimmy Nelson (who blew me away with both the images and a good presentation) and Clive Booth, added were of course a lot more speakers and I wish I had some more time to visit them all but that’s impossible.

This year was also the first time we had our own booth at the trade show. 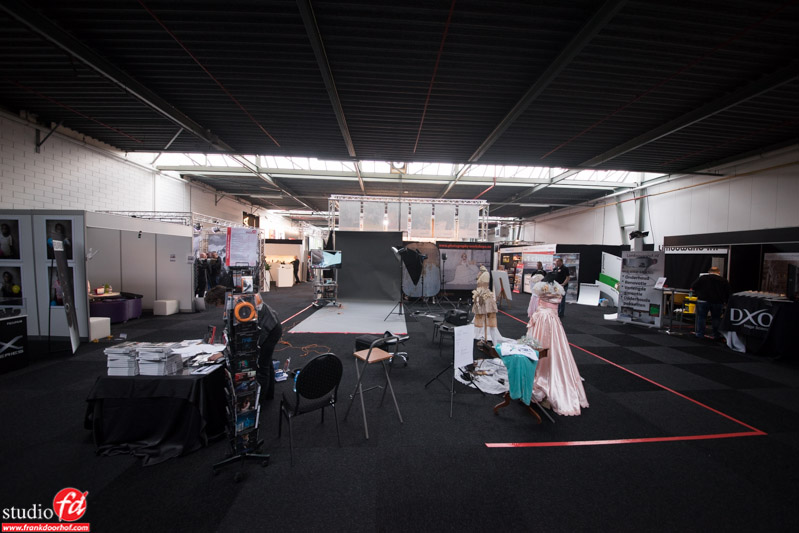 Looking back on this years show I can describe it best as “wow”
Last time (2 years ago, I had to skip last year) I was demoing on the Fotoflits booth and although there were a lot of people looking at the demos it was nothing compared to this time. We had a huge booth with loads of space around it but every single demo was jam-packed and the people were actually sometimes standing in the other booths because there simply put was not more room left. I have to be honest that I felt incredibly humbled and very very grateful. Teaching in your own home country in the Netherlands is always difficult but man the vistors really blew me away, my book “Mastering the modelshoot” flying of the table and I did not have a minute rest during the day, people were constantly asking questions, chatting and having fun (just the way I love it). At one point a decision had to be made….. have lunch or go to the restroom…. well I needed to do both so…… well ok I guess you have the general idea…. (before you get the wrong idea I had lunch while walking).

Luckily we had a great team with us and I would like to thank you all so very much, without you guys I would have never been able to pull this off. Same goes of course for Nadine who wowed everyone (including Joe) with her amazing designs and performance. Sharon also dropped by on one of the days to give Nadine a little bit of a resting time.
I also want to apologize to all the people I was not able to talk to, or who missed me, my schedule was pretty jam packed. 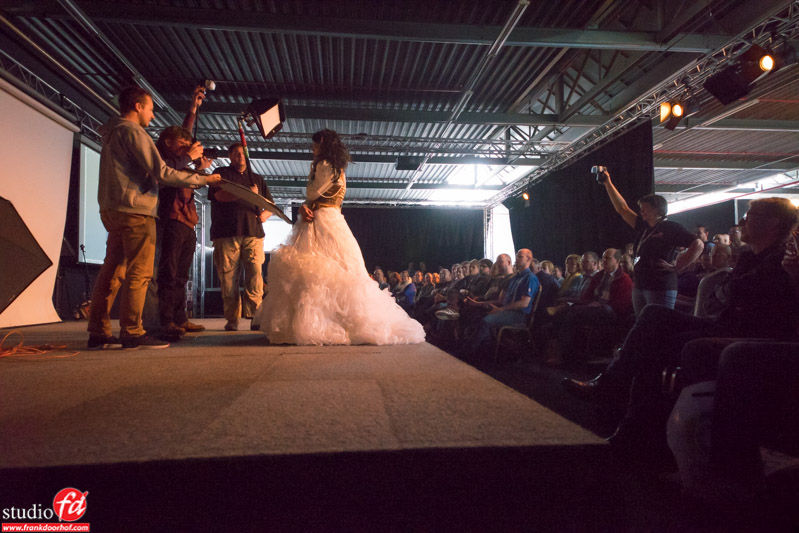 Joe and his assistants….. small flash is cool you can carry them easily in your suitcase but you will need a few assistants when you want to use them.

Luckily I was able to visit one of Glyns shows and ….. do you know the feeling that you are just simply put slapped in the face with the feeling “Good grieves that’s awesome but SO simple”. Glyn is the kind of the instructor that I love, no “secret sauce/I can’t tell you this” or “this technique takes 20 minutes (because I want to look interesting)” with Glyn it’s all about saving time but not delivering lesser work. I sometimes tell during my Photoshop seminars that a lot of pros and instructors actually show you techniques that are very complicated and “unnecessary” long/complicated just to wow the audience with their “expertise” but also making the audience “afraid” to try it themselves. Glyn shows you techniques that are just plain awesome but doesn’t take a long time, but still give you exactly the same results. I’ve known Glyn for some time but also this time he just blew me away with the methods he uses….. it’s just not fair 🙂

Assisting Joe during his seminars was also a blast (as you can imagine) the man is a fricking genius with light and a wonderful entertainer. Seeing Joe work with light and manipulating his speed lights is of the same approach as Glyn…. don’t be like “I can only do this and you suck….” no just let people see that it isn’t that hard and that they can also do it, that’s the way a good instructor should work, motivate people and inspire the viewers and I’m 100% sure that Joe did just that. 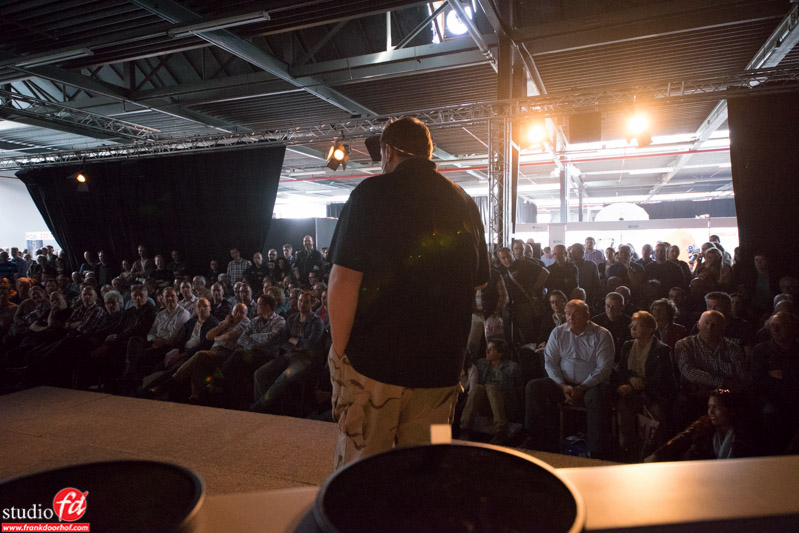 PI 2014 is over, it was a blast, and we’re already planning for 2015 which will also have some amazing speakers (I promise).
PI 2014 was in a new location, was visited by a huge amount of people (much more than expected and previous years), the theater has to grow I’m afraid because the seats were always filled and so were the hallways and every little spot in front or at the side of the podium (again WOW).

I’m always very down to earth and to be honest everything that has been happening the last few years force me to sometimes just pinch myself to make sure I’m not dreaming, the crowds at PI 2014 were way more than expected and again I wish to thank you all so very much and hope to see you next year because I just heard…… well I’ll be there again 🙂

Skatepark….Images from the PI 2014 Pt1
Scroll to top
Loading Comments...