Now a lot of people ask me how I became interested in street photography.
Well indeed it’s a bit different from the fashion work we do, but I think it also has a lot of similarities, in my street photography I always try to get the story, the feeling, the tension or movement, Jay Maisel for example calls it Gesture, I call it…. well after hearing that also Gesture 😀 (who can argue with Jay right?)

Finding that special thing, that special feeling is something that I try to do in both my fashion work and streetphotography, in my opinion that’s what sets the snapshot apart from the street photography. Now let me make clear that I only do streetphotography as a hobby and no way claim to be a pro at it, however over time I did find some things that I think can be very interesting for someone starting out with this kind of photography.

One of the most asked questions is always “Where to go?”
Well if you live in a city like New York that’s not hard, it’s a circus coming into town 24/7/365 it’s just not fair, but if you live somewhere else (like most people) some cool places are always close, let’s for example look at some images I took at a standard flea market. 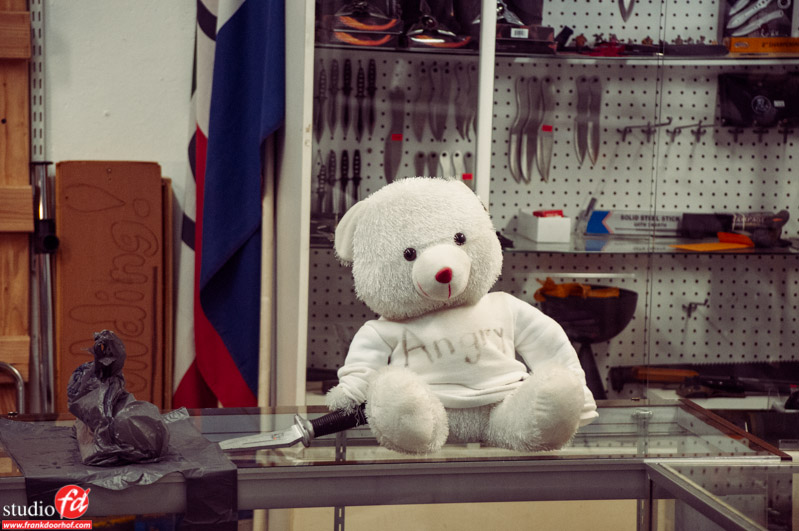 This “toy bear” (yeah you can’t really call it a toy bear when it’s angry and holding a knife AND is smiling right?) I found in a store called several names but one that dres my attention was “the Zombie survival store” and yeah I love zombies (well not the “real” ones of course lol). Now one of the most made mistakes is to first ask permission, the chance that someone says “no” is very real, so what I do is always take a quick shot and then start talking with the shop owner, my end goal most of the time is to get him/her in front of the camera. Now you must realize that you do take a risk, if you ask first the chance that they are more “easy” is greater, however if they say “no” you WILL miss that first shot, so most of the time I will put on my biggest smile and “Puppy-eyes” and take the first shot that I find the most important one, and immediately start talking to the people. In most cases the shop owner will say “no pictures” and I’m ok with that, I will apology and walk away, but in a lot of cases they don’t mind and even want to pose for you. As did this gentleman. 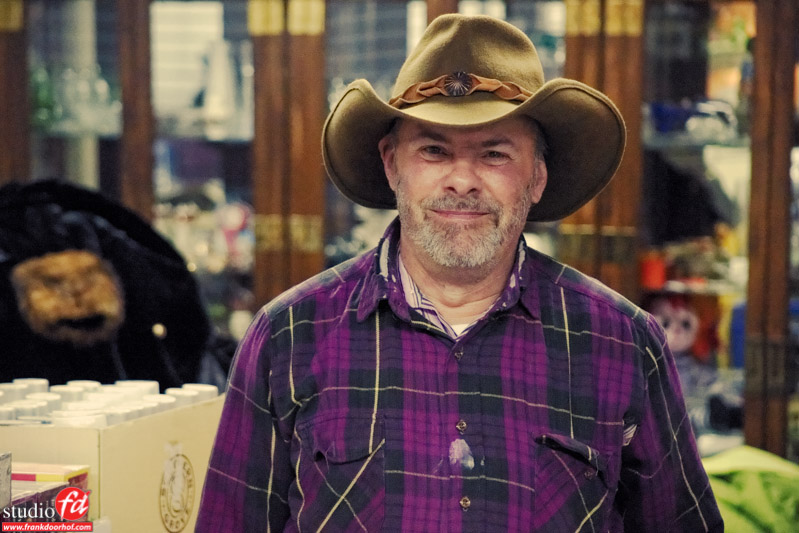 In many cases this will launch into a nice conversation about what they do for a living, why they are there, what’s the stores history etc. I always love to have these conversations and most of the times it will result in even cooler shots. I always see this as investing time into something fun (learning about people is always fun) and getting a better shot in the end. 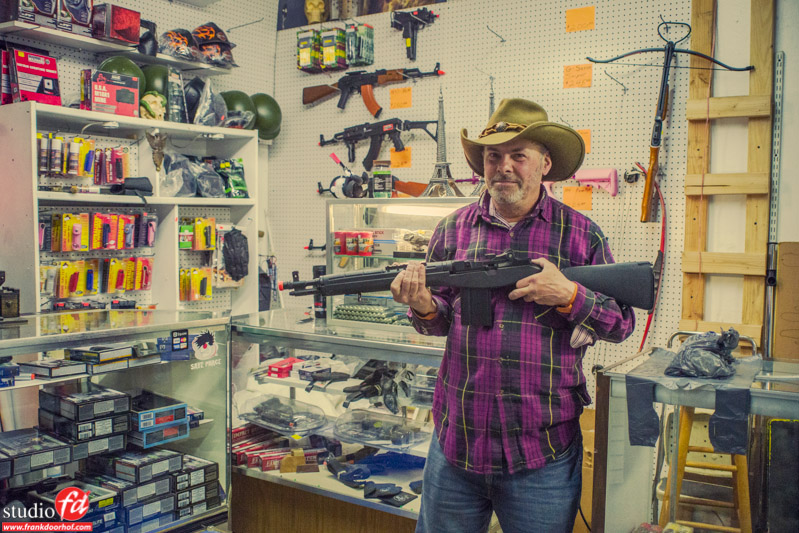 But I also love to find details, the more grungy the better, play a bit with your DOF and leading lines and there you go. 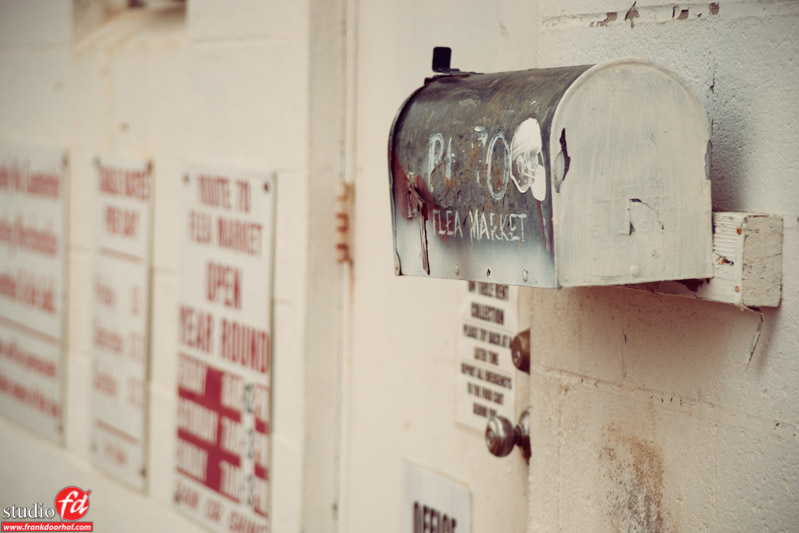 I also love it when props and lines come together, and take it from me, in some cases it’s obvious but most of the times you have to find the composition in the chaos, as with this shot. It looks nice and clean (almost posed) but trust me if I would have taken it wider or from an other angle it would have looked like cr@p. 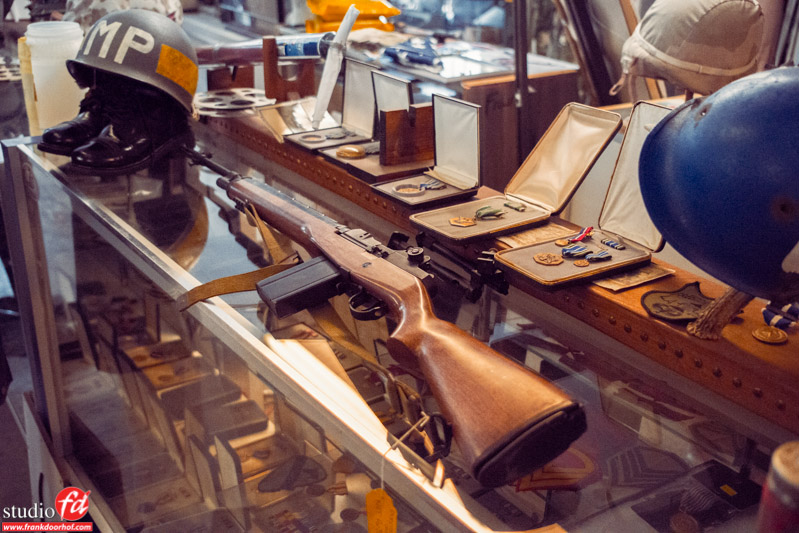 Now in a lot of cases I won’t ask but just shoot.
Another good tip that I thought I invented was to use Annewiek as my model without shooting her. In other words I will have her pose for me but in reality I’m zoomed in way more and will shoot the scene that is behind her…. it was cool to hear that Jay Maisel did the same thing and that it works like a charm, sometimes however the person being shot “feels” something is going on…. and when they are holding guns….. well….. let’s say ALWAYS smile. 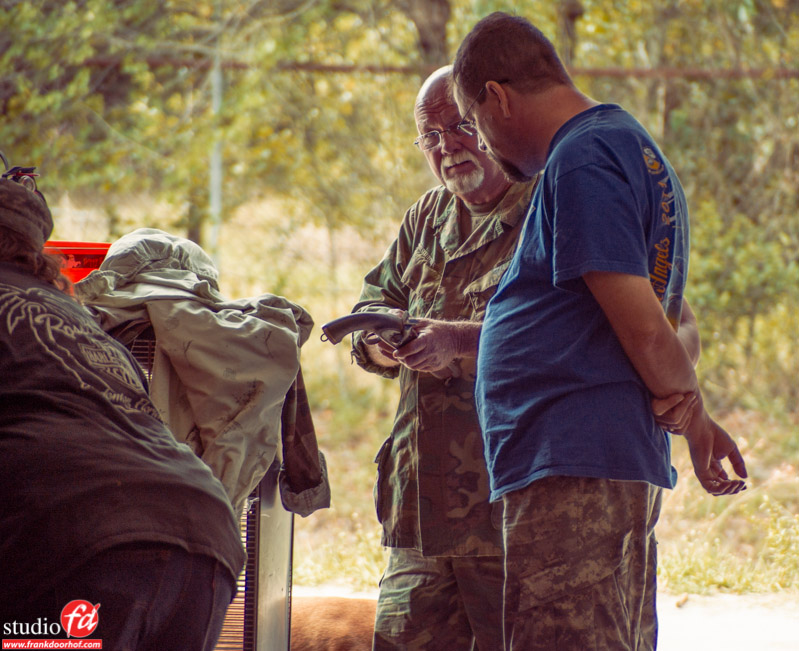 Now shooting people doing nothing is “easy” but I love them to be doing something, it can be a “gesture” there is that word again, or maybe an expression or a craft they are doing. 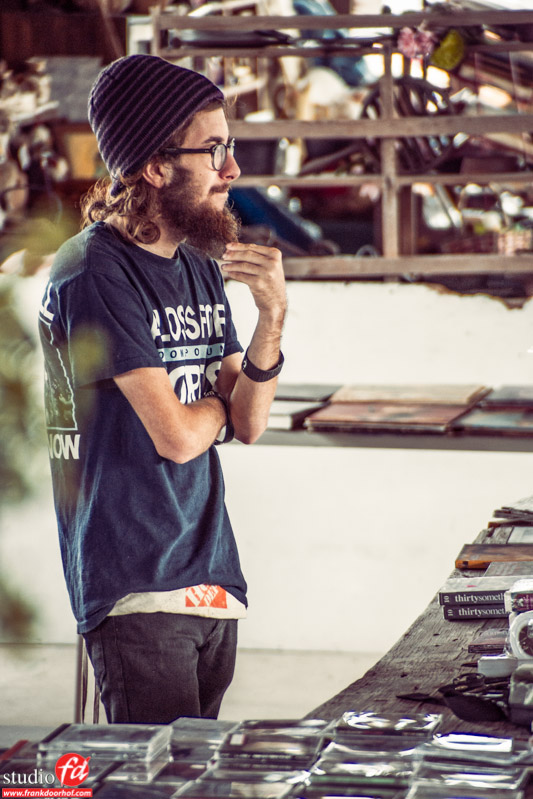 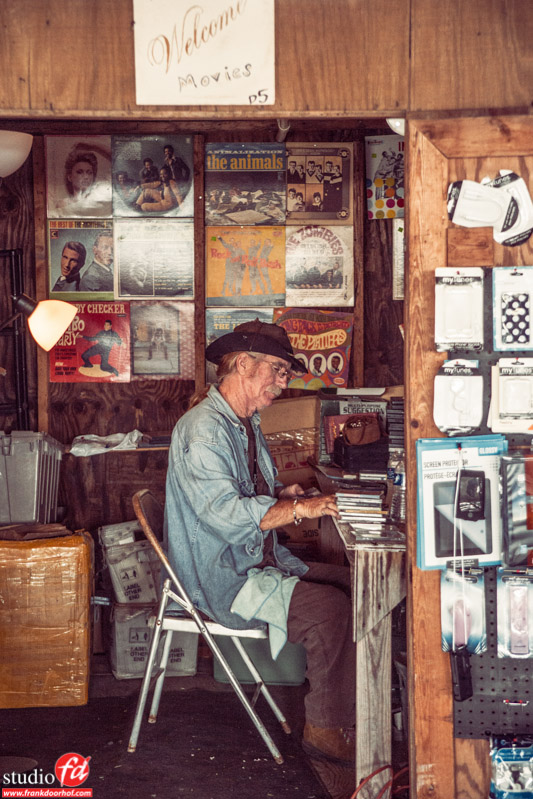 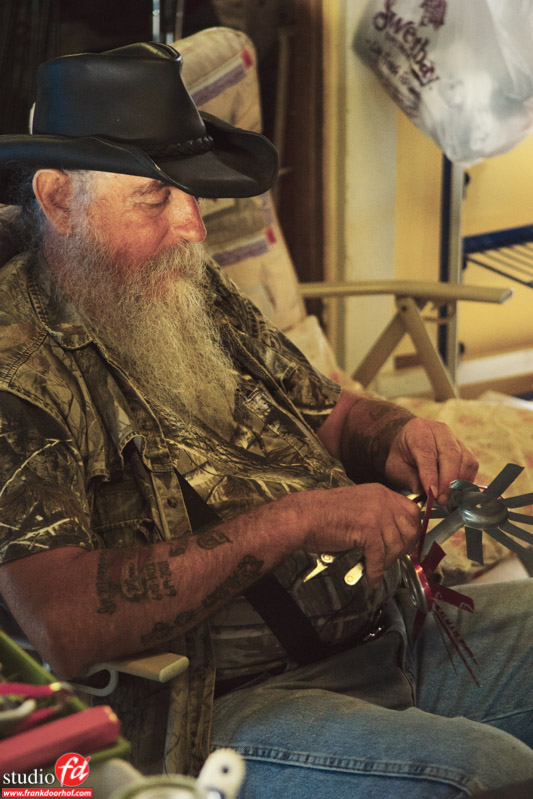 I also love signs, like this one. Sometimes you can play with it and give it a different meaning but in this case I just loved the composition. 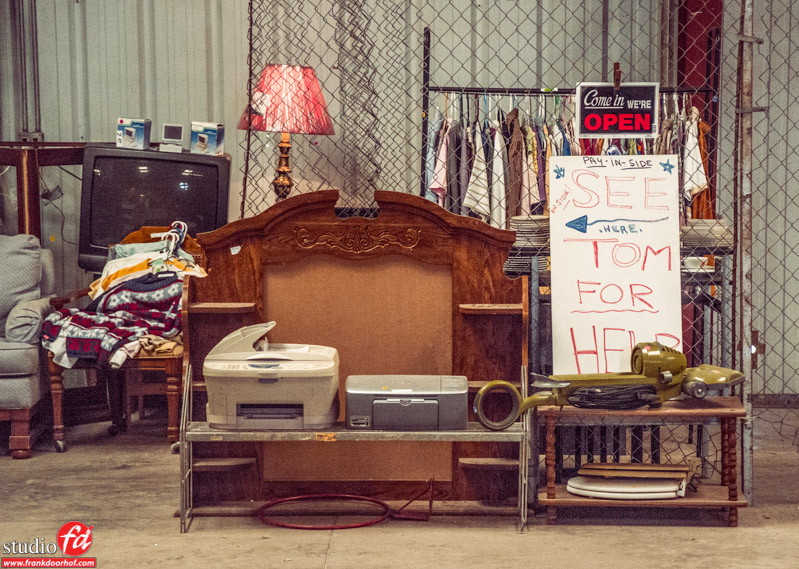 So next time if you think “where to shoot?” find a carnival, flea market, parade or whatever and don’t be afraid to shoot and ask….

The one you often don’t shoot…but should

New York in the rain

Susan Some more images from our US trip
Scroll to top
Loading Comments...