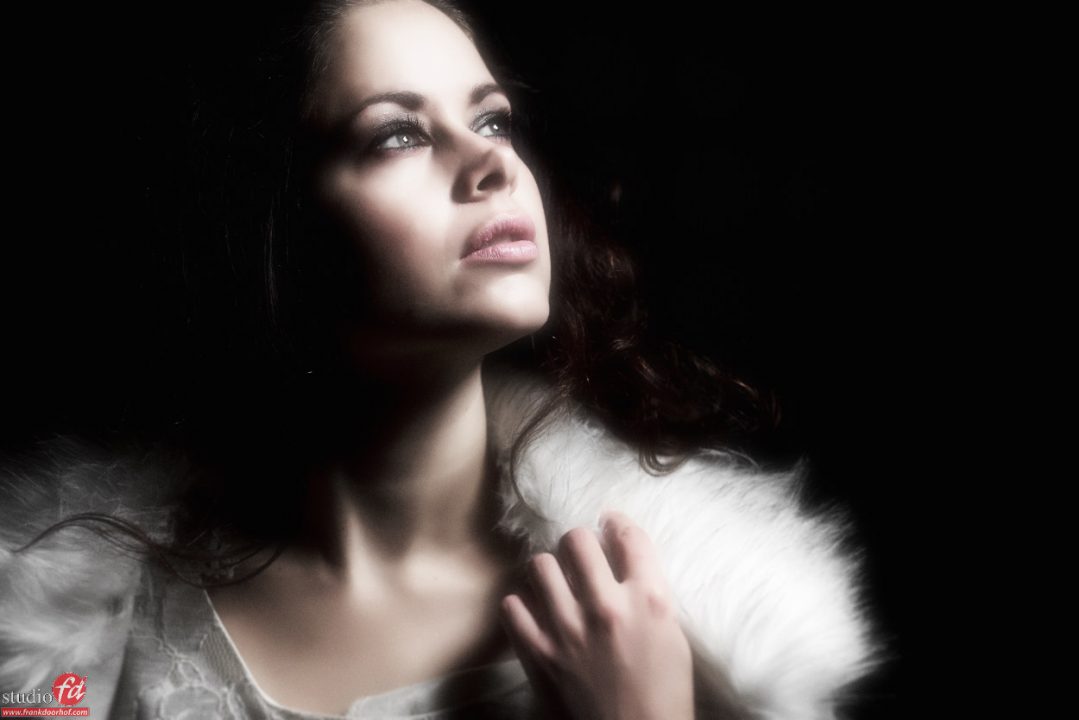 One of the most powerful things you can do with light is actually something that is often not used by most photographers.
Every light source has a similar behavior (some more some less), the middle is pretty harsh and bright and the more you go to the edges the softer but also dimmer the light gets. With some light sources this is less obvious and with some it’s very obvious but the following trick works for all.

When we “normally” light a model we are used to aim the light source directly at the model, meaning the model is in the hotspot, however this also means that the light falls off near the model in all directions. In other words the model is in a sort of “bubble” of light. Normally this is not really a problem, but if you place your model next to a wall and you want less light on the wall this is often not so perfect. This is where feathering comes into play.

If you feather your light you actually aim your light away from the model and in essence you light the model with the sides of the light, meaning less power but also in almost all cases a nicer light quality (softer).

In this example you can see the effect with our model Sanne and a LedGo led panel we normally use for video.
The wall is highly reflective and when you light your model in the hotspot the image will not be pretty (to say the least), by feathering you can create some very nice vignetting on the wall, get some nice light on the model and the end result is much more pleasing. Of course you can still walk around the model for less or more contrast as you can see in the examples. 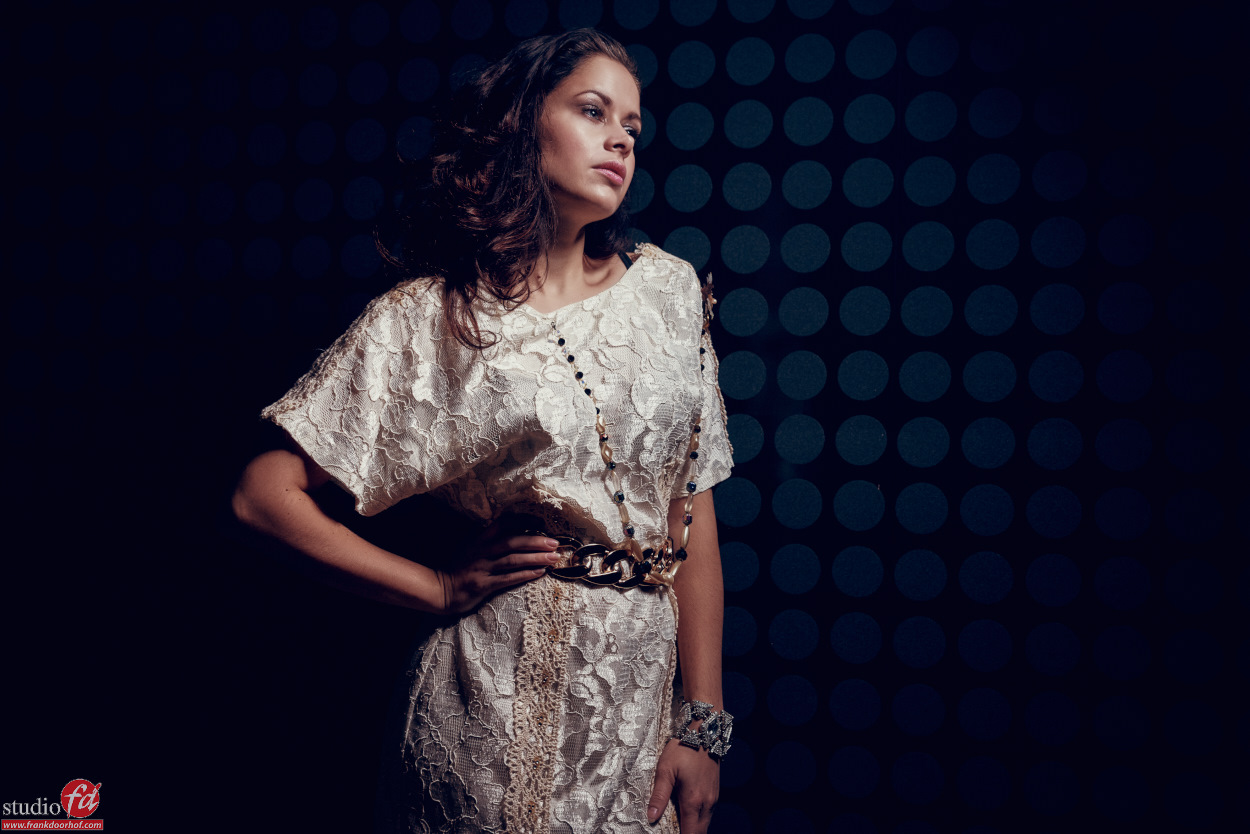 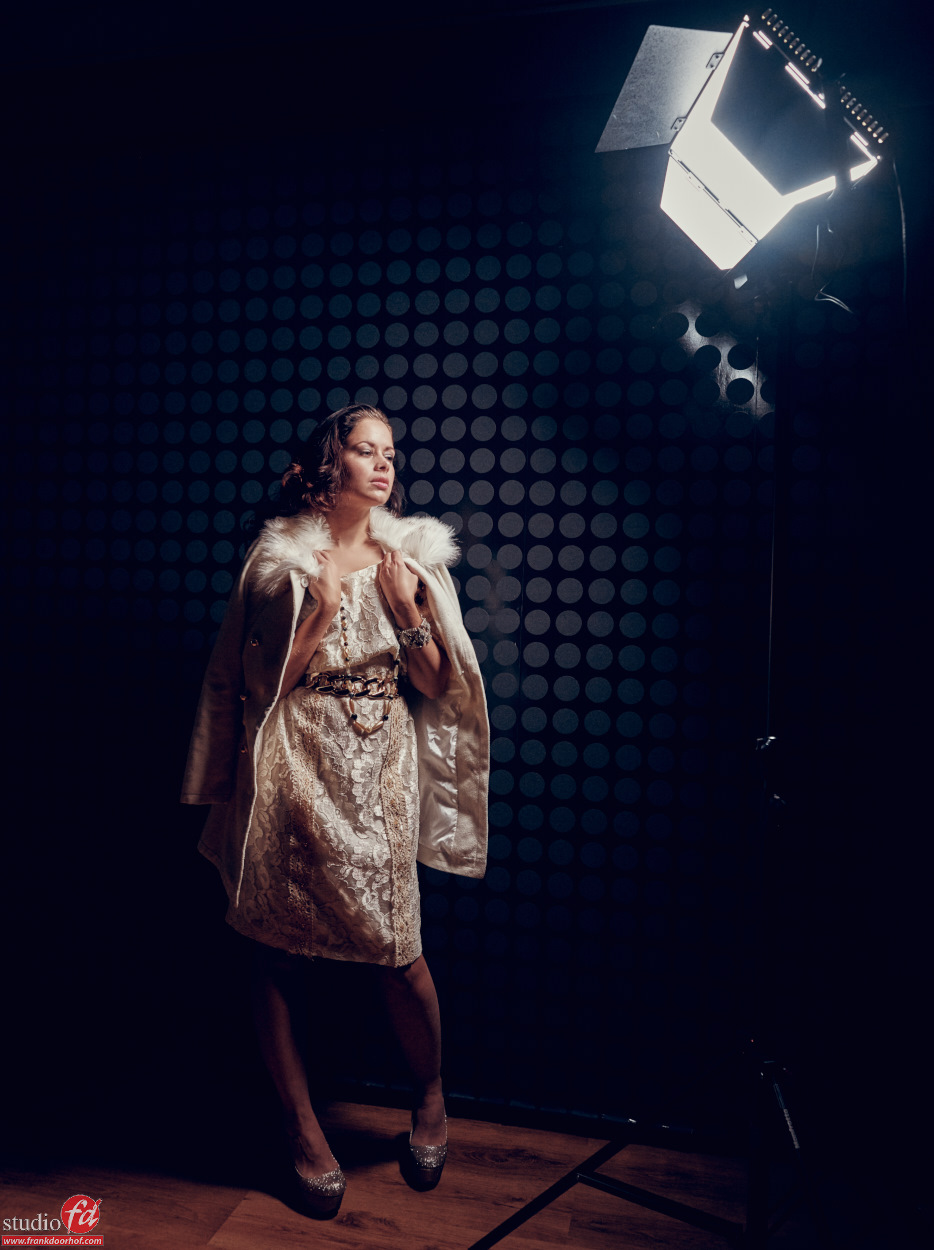 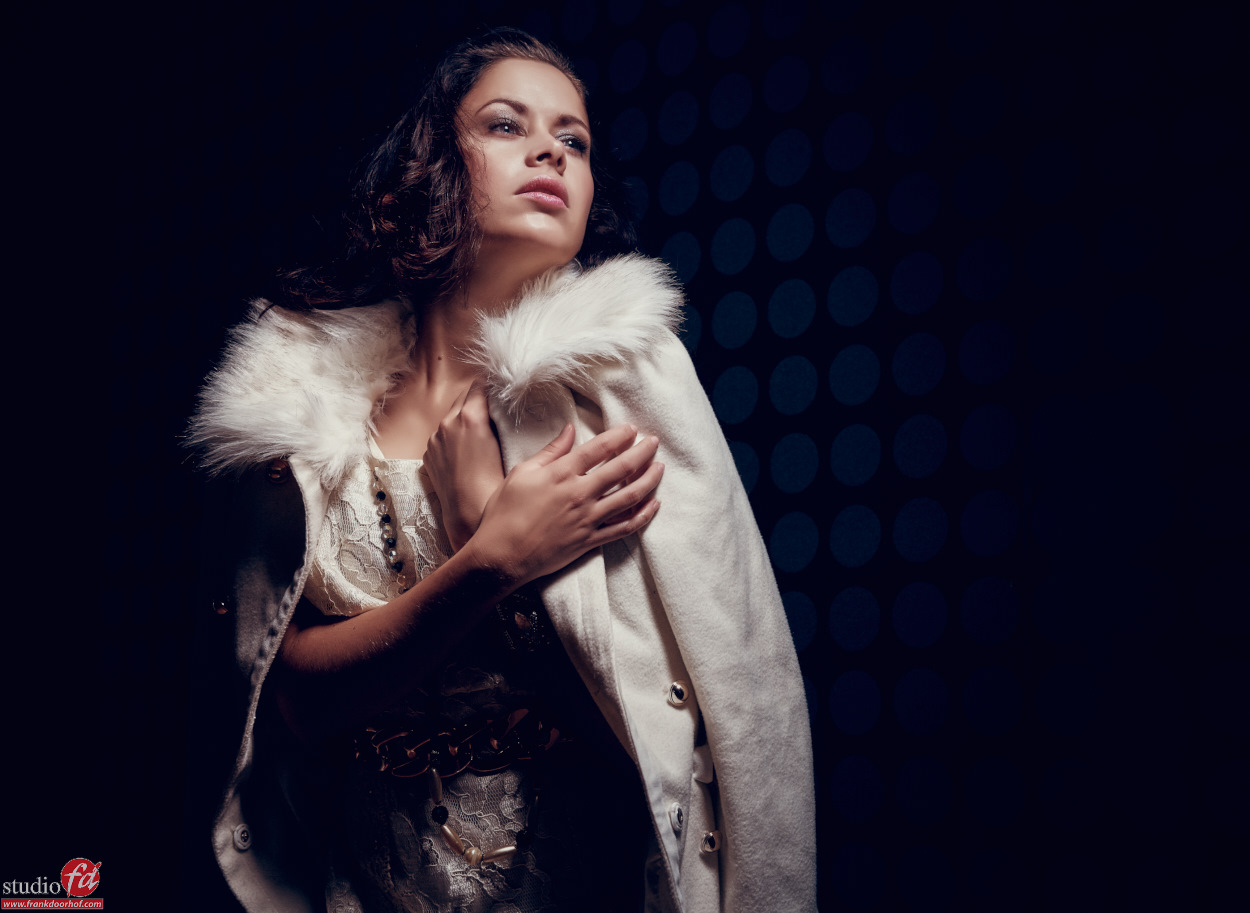 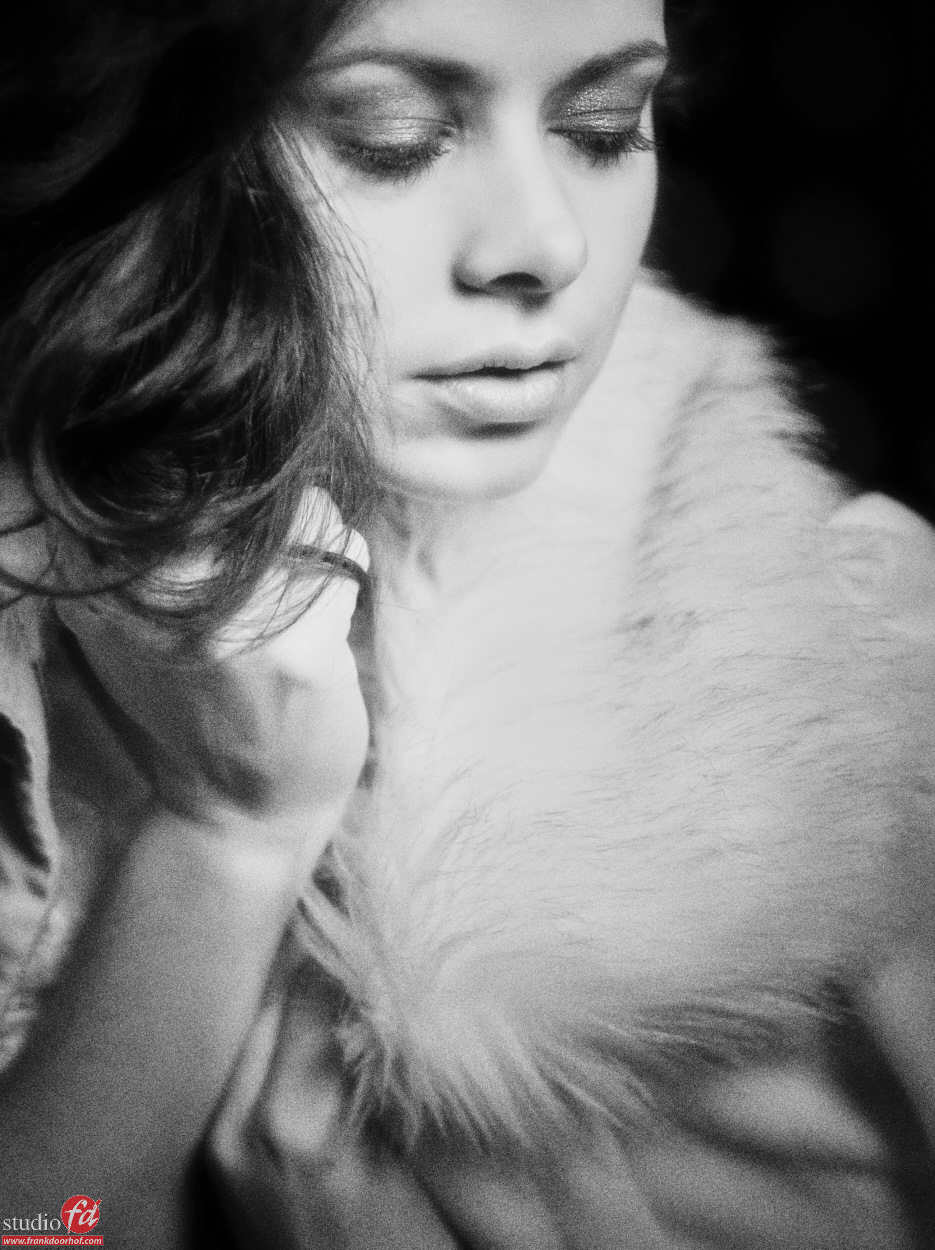 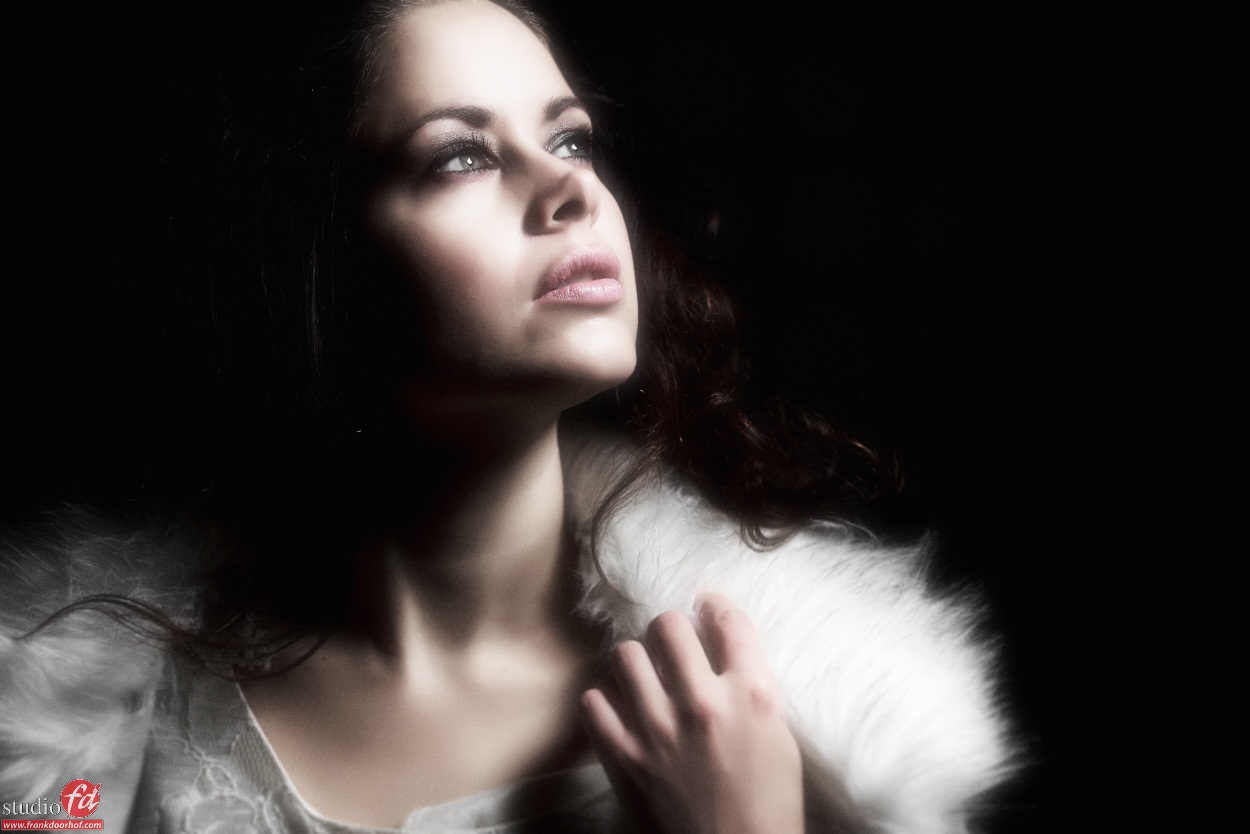 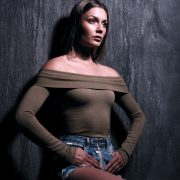