Over time I’ve written a lot of articles on the use of the light meter, and also some about the calibration of the meter. This has fueled some discussion and also made some people doubt their methods even more than before, so I thought that it was time for a revisit of this topic.

Why calibrate the meter
In fact you are not calibrating the meter, but the combination of the meter and the camera/lens combination.
Remember that every camera can be different, and that if ISO100 is correct it could be off for ISO200.
Knowing all this makes it easier to understand why the meter out of the box is not 100% accurate.

The quick and easy way
I’ve been experimenting a lot with the calibration process and found that if you calibrate to a QPcard101 and get the numbers to read app 128.128.128 for the gray patch you are pretty accurate. However there are some things you do have to realize. 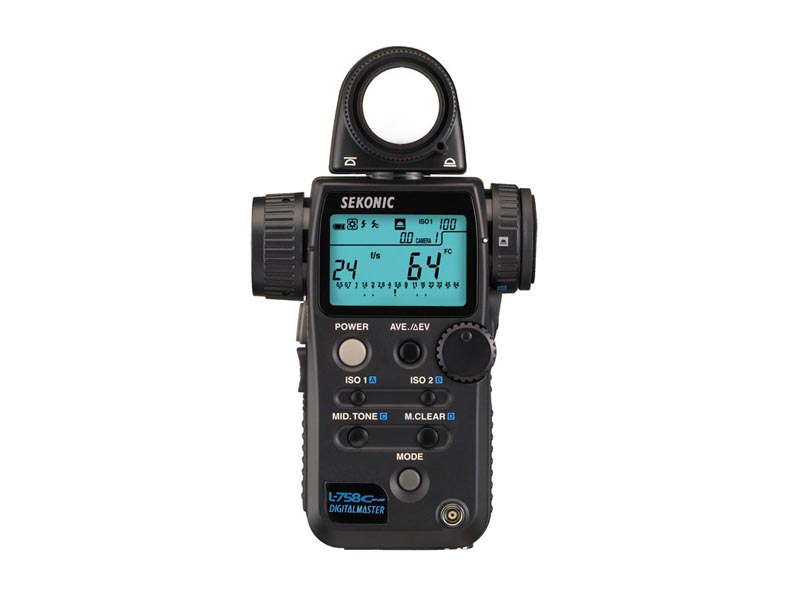 There is no middle gray
Yes you read this correctly, there is no middle gray that works for everything.
When we edit we use a colorspace, for example sRGB, aRGB or ProPhotoRGB, but that’s not all, we also add color profiles and of course some people add some curves (contrast) to the images. This ALL has a huge impact on where the middle gray point is exactly.

Now it would be easy to just throw out some numbers and tell you that you should calibrate on that point, and nowhere else. And sorry it doesn’t work that way. The calibration itself is highly depending on your workflow. Meaning (as I always mentioned in the posts) you have to do the calibration in the workflow were you do the editing.

Now that we know that middle gray is not always the same how do we do a proper calibration ?

Sekonic
If you own the Sekonic 758 you are “lucky”
Sekonic offers software to do the process for you automatically. In the past the outcome was not something that was accurate in my workflow but since they released version 3 of their software I’ve been revisiting it and the outcome now is pretty much dead accurate. However I do have to not that I have to do the calibration on a windows machine because they still have not solved the kernel panics under MacOS (latest version).

What you do with the software is shoot 3 exposures with a 3 stop difference.
Edit this in YOUR workflow and store as TIFF 16 bits with the COLORSPACE you normally store your files in.
Now import these into the software and a few seconds/less than 3 minutes later you have a profile, you can do this for reflective and incident, ambient and flash and for several ISO values. In total you can store 3 cameras (calibrations). 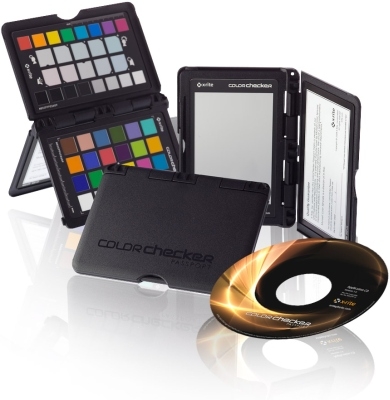 Now in the past you had to buy the “expensive” Sekonic target, but since the new software they also support color checkers including the Color Checker Passport from X-rite which I use myself. And I can say that the calibration with the color checker passport went smooth and the result is accurate.

Now you will start wondering, “was the 128.128.128 method wrong?”
Well no.
Overall one can say that the method works pretty well for getting a very accurate average (works on most cameras) calibration profile, in some workflows it’s dead accurate, in some workflows it’s off by 1/10 or 2/10 of a stop. But overall you will get great results. The reason I’ve been using this technique (and still teach people it) is that it’s a very easy and very cheap solution with instant results.

Now how to do it if you don’t own the Sekonic with software?

Alternative ways
Not everyone uses the L758 or a similar meter, so are you then “stuck to the 128.128.128 method”.
Well again, there is nothing wrong with that method, but if you want to be really really accurate there is another method, but it takes a lot more time.
The first thing you need is a color checker, doesn’t matter which brand as long as online you can find the values for the patches, X-rite has them listed for example, but you can also visit http://www.babelcolor.com/main_level/ColorChecker.htm for a nice collection of documents on the subject.

Now that we know all the values it’s not as easy as 1.2.3 for the simple fact that if you use a different curve there will be a difference in the values. If you have differences in the measured values and the ones on the list I would advise to make sure that you have white not higher than 250.250.250 whatever you do, often they are supposed to be in the 245-250 range. And then check your gray patches, and try to keep them as close as possible to the values subscribed. You can now adjust your curves to get the middle grays as close as possible to the listed values.

If you have huge differences you will have to decide what to do.
In most cases there won’t be a lot of difference, but if you use extreme curves it will. The question you have to ask yourself then is “do I want to blow out my highlights to get the middle tones correct, or keep the whites and underexpose” or in other words it will probably make your realize that the curves you are using as standard are not “accurate”

Added
As mentioned in a reply below.
I’m still in the testing phase of this procedure.
What I did find out which is rather remarkable is that when I calibrate in Capture one on 128.128.128 with the Leaf profiles in place, the numbers in Photoshop for the RAW files (with the Colorchecker profiles) end up at 142.142.142

This is of course easy to explain due to the fact that a profile contains curves and will change the outcome of the middle gray point, it also points out that it’s incredibly important to check the outcome of your calibration and do it in the software you shoot with (your workflow).

I will get back to this topic as soon as I’ve done enough testing and have a conclusion.
At the moment my conclusion is simple, the 128.128.128 method has worked very well for me over the years, I kept detail in the whites and the shadow areas were also spot on. The difference is not huge with the Sekonic method so we will see what happens. What I do experience is that especially the newer cameras like the D800 and 5DMKIII were underexposing with the 128.128.128 method on whites although the skin tones were perfect so the question also comes to mind, where is the calibration based on with the sekonic calibration, is it based on the dynamic range of the camera meaning it will make sure that white is on the top end of the scale and does not blow out, or is is based on where 18% gray should be….

If it’s on the last I think that is a great way to do it to maximize dynamic range, seeing that modern cameras are using a different dynamic range method than previous models, during a workshop a few weeks ago we experimented with a 5DMKII, 5DMKIII, D800 and D70 to see when a white background would burn out, skin brightness was correct on all cameras, however both the 5DMKIII and D800 needed about 1/2 to 2/3 stops more power on the background before the background would blow out 100%. At the moment I’m in contact with Sekonic and will ask them this of course.

Crazy weekend 50% discount on “Live in New Jersey : glamour with a fashion twist”

Some more from Carmen Gulf Photo Plus
Scroll to top
Loading Comments...