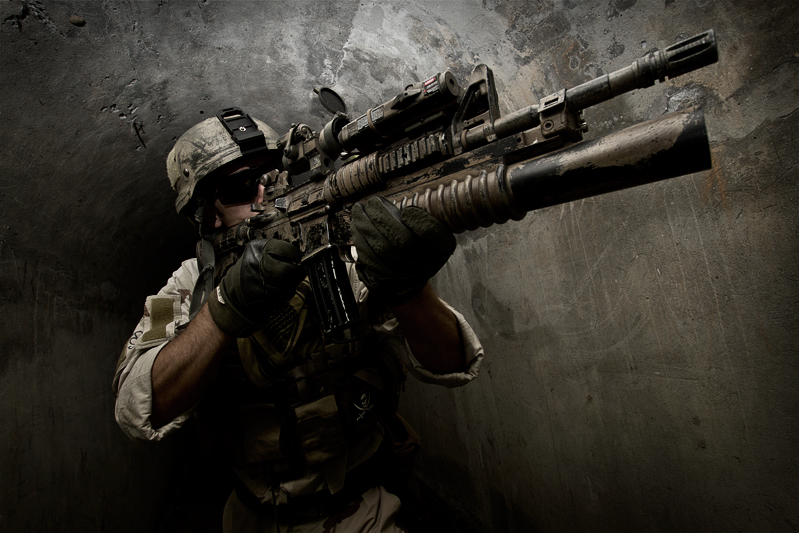 During one of my twitter critique days I got some images from Andrea Livieri and I absolutely fell in love with them, and as you know, when I find images that are stunning I really have to have the photographer over here for a guest blog…. so here is Andrea Livieri…..

I’m very glad to have the possibility to write for Frank this second article about two shots taken in two different sessions I have realized in the last year. The first one is a shot extracted from a session focused on Soft Air, a sport which imitates military techniques and strategies, which I have realized in August 2010 in a decommissioned military zone. The session developed in the morning, and the main diffi culty was the lighting management to obtain the result I had in my mind: the final mood had to be as similar as possible to a shooter game. In this military zone there were two little tunnels opened at both sides and absorbed in the vegetation. The thing to which I pay attention the most during the phase of location research, is the texture of the background and the lines of convergence, but also the lighting of the area. In my opinion the subject mustbe as important as the background which frames it, indeed. In this case the tunnel was really a fantastic place, and I think that the idea of shooting in the inside of the construction came into my mind in same the moment in which I saw the model entering the tunnel: I would call it “love at first sight”.

I realized that I had a telephoto lens on my camera, because we were coming from another zone where we had already done a set of completely diff erent shots with natural light. I removed it immediately and I replaced it with the super wide angle lens zoom 10-20mm ( for this picture I haven’t used a Canon lens but a Sigma zoom 10-20 mm f/3.5 ), I placed a 580EX II flash on a tripod and I made it spread through a white translucent umbrella: it helped me in softening the scenery and in creating a balanced lighting of the background, separating in a right way the subject from the back. The utilization of the wide angle lens in portraits is not always foregone, like in this case, because it is very important to pay much attention to the distortion, which can lead to results of unnatural and unpleasant deformations, if not managed rightly. To obtain this outcome, I don’t think I have taken more than ten shots.

In the post production work I intervened only with a slight desaturation of the general tone, to reach my final vision; a vignette in the frame and an unsharp mask to emphasize the awesome texture of the whole picture. When I saw that shot for the first time on my Mac, I realized I had caught a wonderful shot! 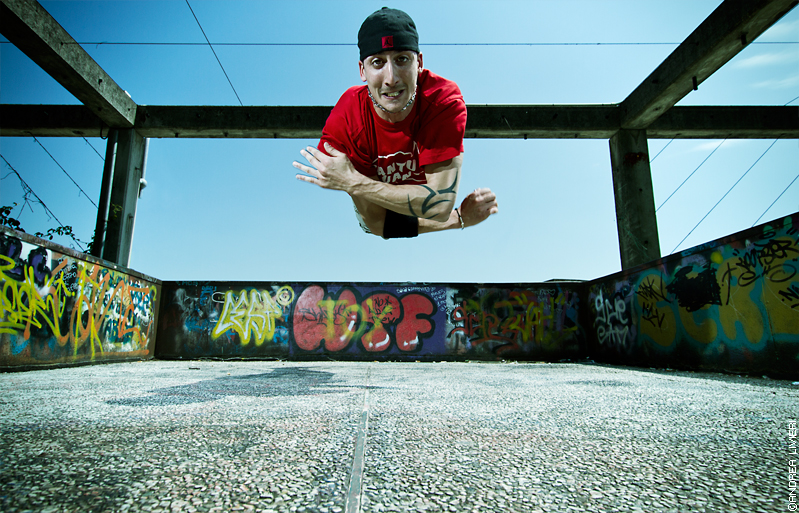 This second shot instead, is extracted from a photo session realized for a dancer and break dance teacher for his personal book. The location we have chosen is the Bissuola Park, a very wide park in urban style, near Mestre (Venice). The Bissuola Park is a concentrate of innumerable locations, all perfect for the shots I had in my mind, maybe a whole week would be not enough to use them all. Paradoxically this time I wanted to take the highest number of shots in a very narrow area, exploiting any possible view, without being forced to move around the whole park, entrusting the variety of shots to the context and not to the creative optimization of subject/location. This time I’ve really “limited” myself.

For this shot, we moved to an elevated zone of the building, where, during the first inspection, I had identified a perspective which could give a frame effect to the final shot. Concerning the lightning setup, I used two 580EX II flashes (in high speed sync mode) placed respectively at 45 degree with the subject and slightly lowered in respect to the highest point of elevation, in order to maintain a correct lighting of arms and frontal zone of the body, for (as you can see from the shadow on the left) I took this picture more or less at 13 in the afternoon, and consequently with a very intense lightning and an almost vertical sunlight’s directionality. Without using flashes, the face and the frontal part would have been too much in twilight, with consequent loss of important details. I have placed no diffuser in front of the flashes and I set them both at 50 mm. I was placed in front of the breaker, completely outstretched, face down on the ground (I was maintaining my camera about 10cm over the ground… that position was very uncomfortable!) in order to shoot the background in the same way I had in mind. Concerning lens, I have used a Sigma 10-20 f/3.5 and I have set the focusing on “servo mode” because of the pirouettes of the break dancer. This choice allowed me to obtain a much more satisfactory result than the first shot with a manual pre-focus.

In this location I have taken around twenty photos, before catching the one with the result I wanted to reach. I was undecided if to keep the shot in which feet were visible or the one I’m proposing here, but finally the second one, was the winner for its strangeness.

The post production work was much more demanding for this picture: as a matter of fact in the original one the horizon was a bit crooked and the distortion of the wide angle lens too much intrusive in the whole balance and in the proportions of the shot: I was forced to rebalance the whole with a couple of Photoshop tricks. Then I intervened a bit on the selective saturation of colors, an unsharp mask to emphasize details and a slight vignette.

I really thank Frank for having appreciated and chosen these two shots and for having given me the chance to write another article for his gorgeous and juicy blog again! FRANK ROCKS!

Here some other shots from the “SOFT AIR PHOTO SESSION” 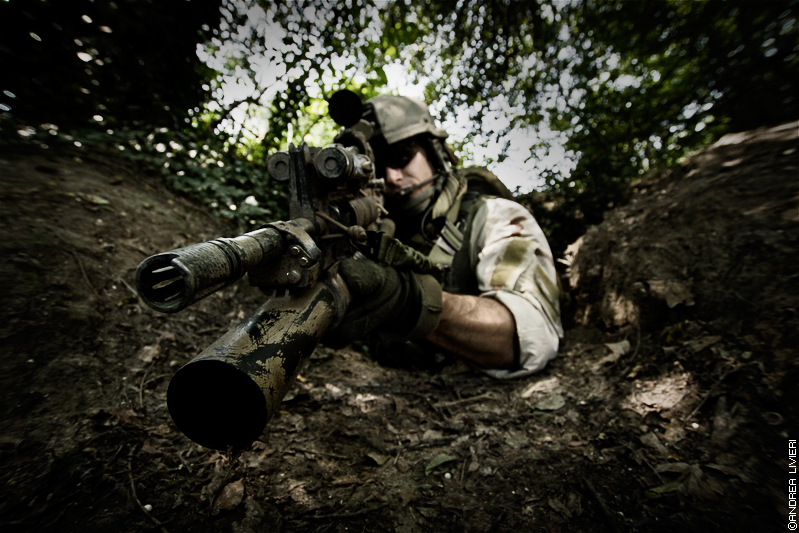 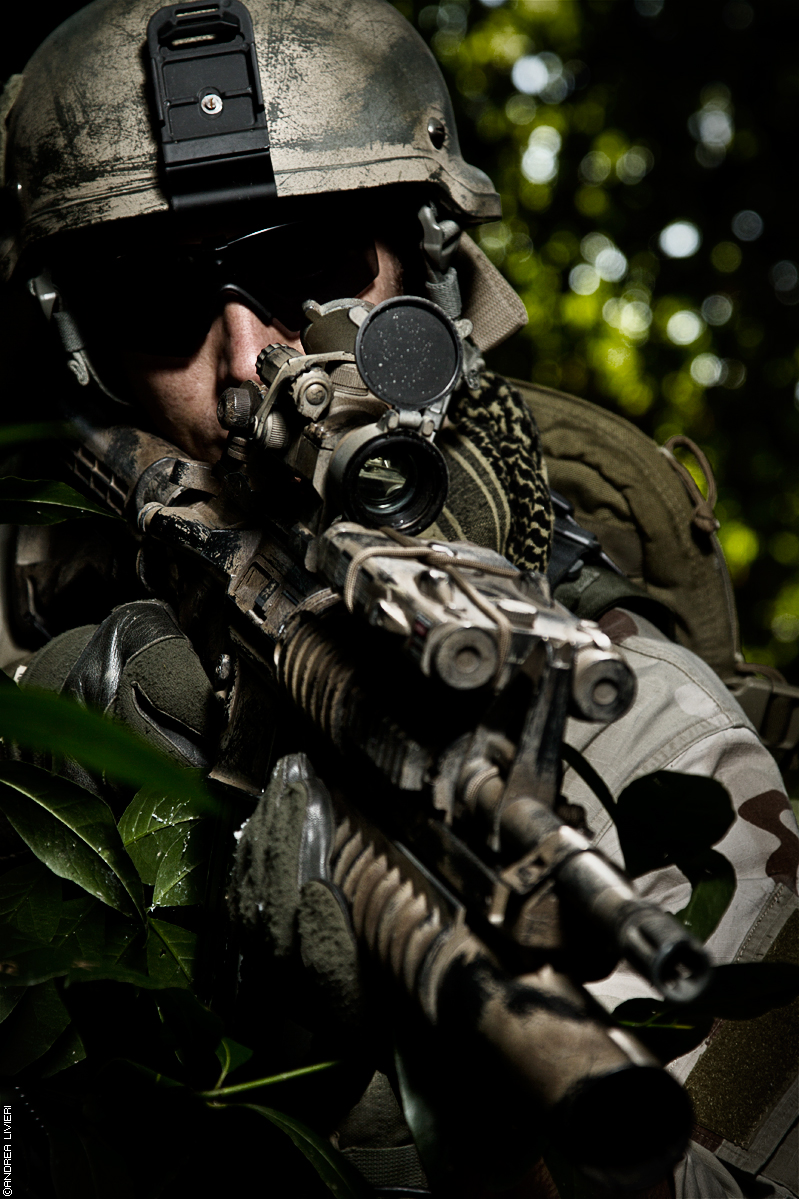 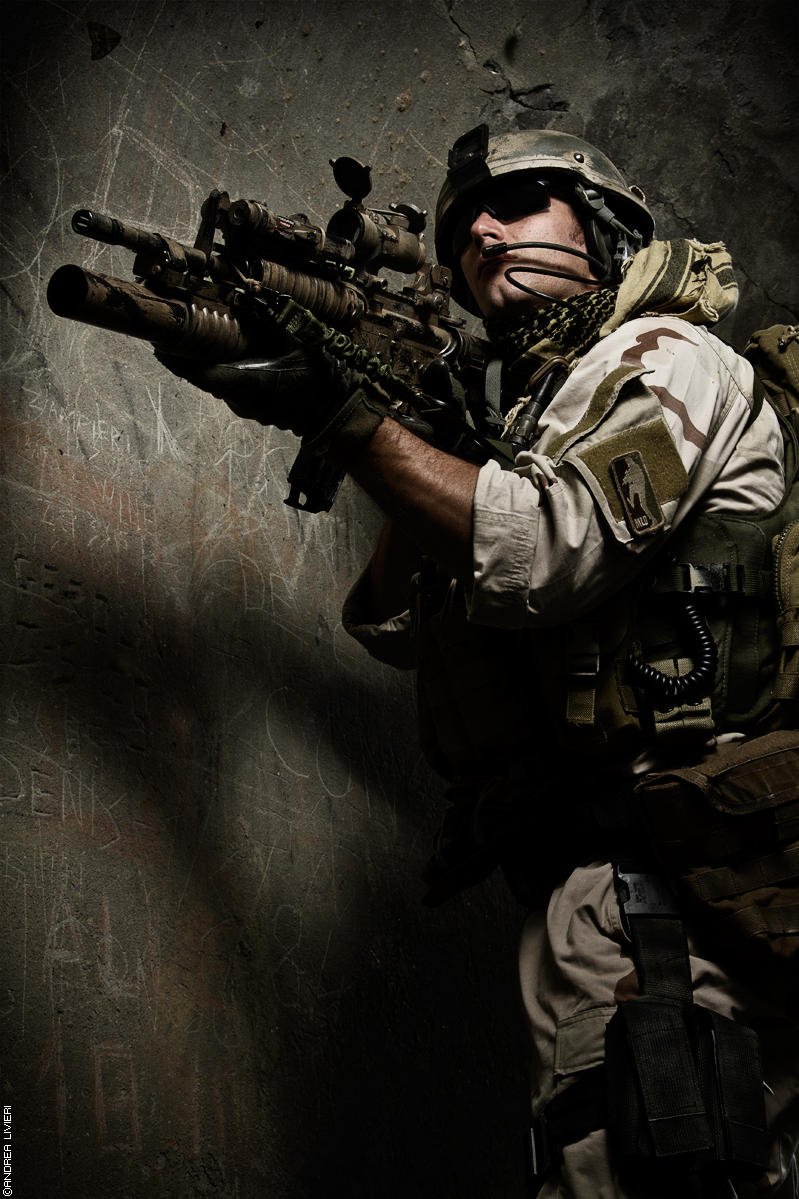 And here  some other shots from the “BREAKER PHOTO SESSION” 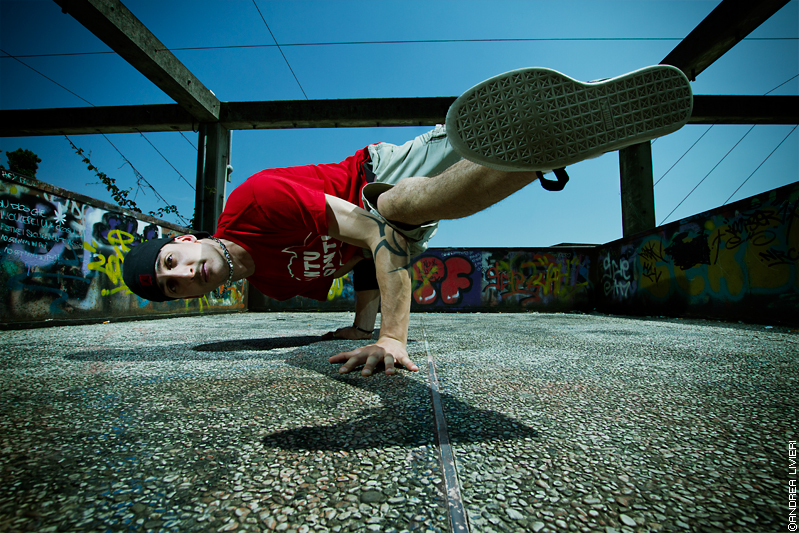 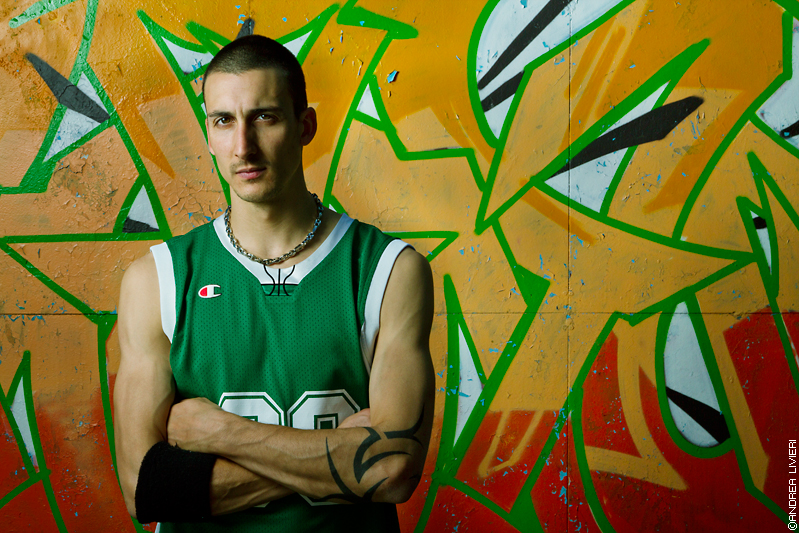 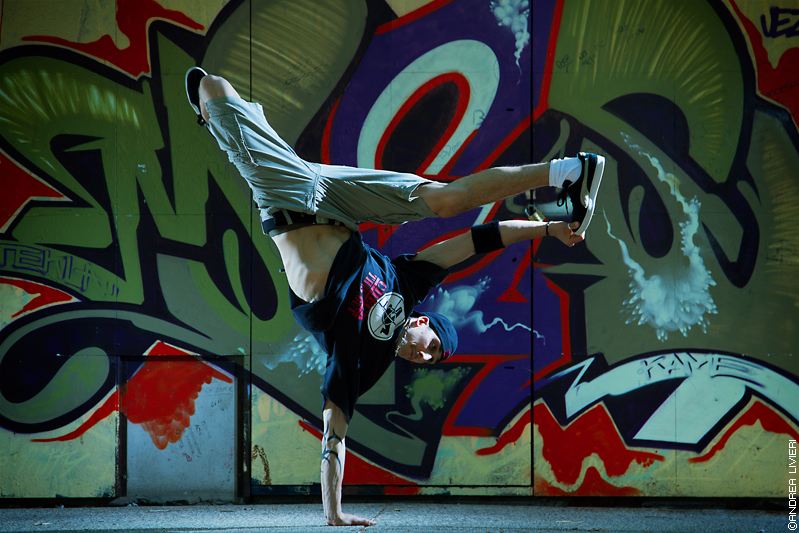 My new class on Kelbytraining