Using color gels in your photography is awesome, but there are also a lot of problems you can encounter.

I show you the setups and of course explain you the techniques behind them.

If you liked this video give it a big thumbs up and subscribe so we can keep on making them.

Find me online via the following channels

Today it was time for the workshop gels.
In this workshop it’s all about using color gels.
Now gels of course can be used as a way to correct color temperature differences between for example tungsten lightbulbs and strobes, in that case we call them CTO gels. But today it was more about the creative way to use them. So without further words… here are the images. 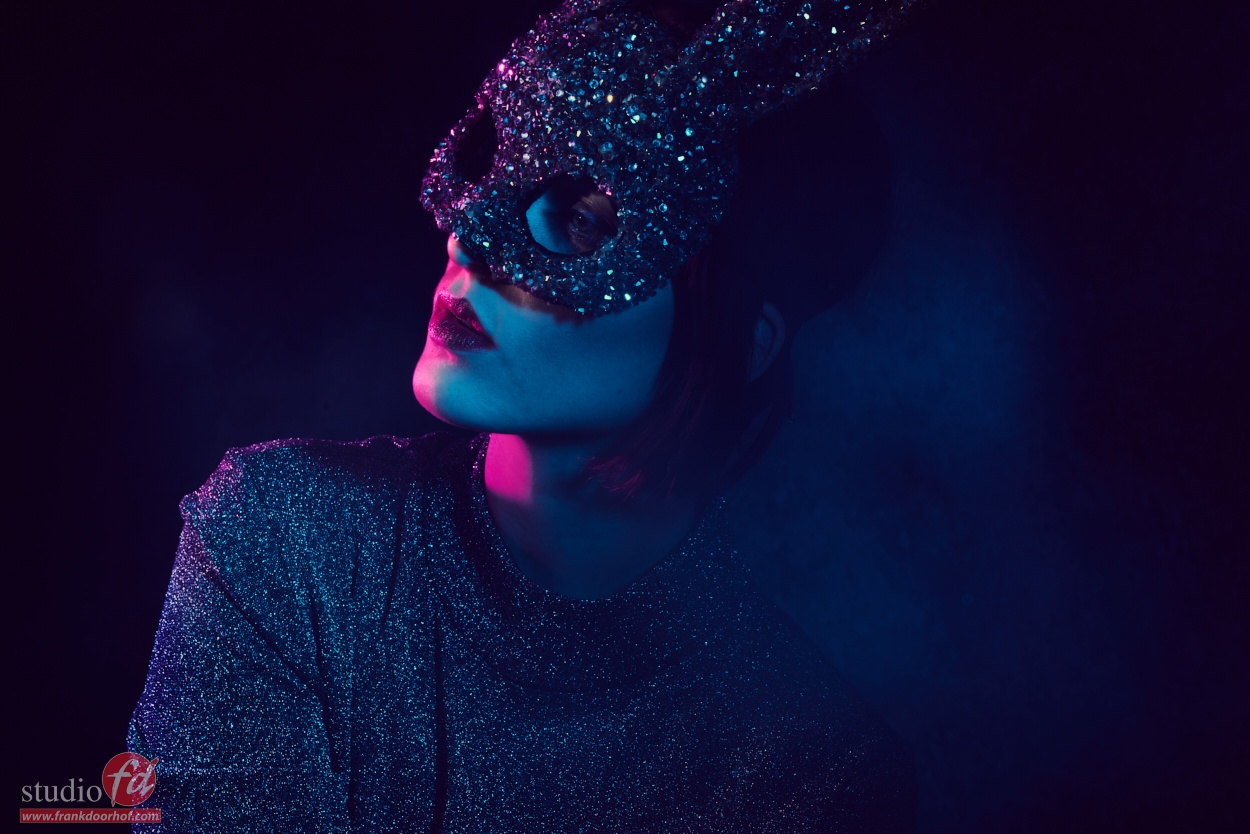 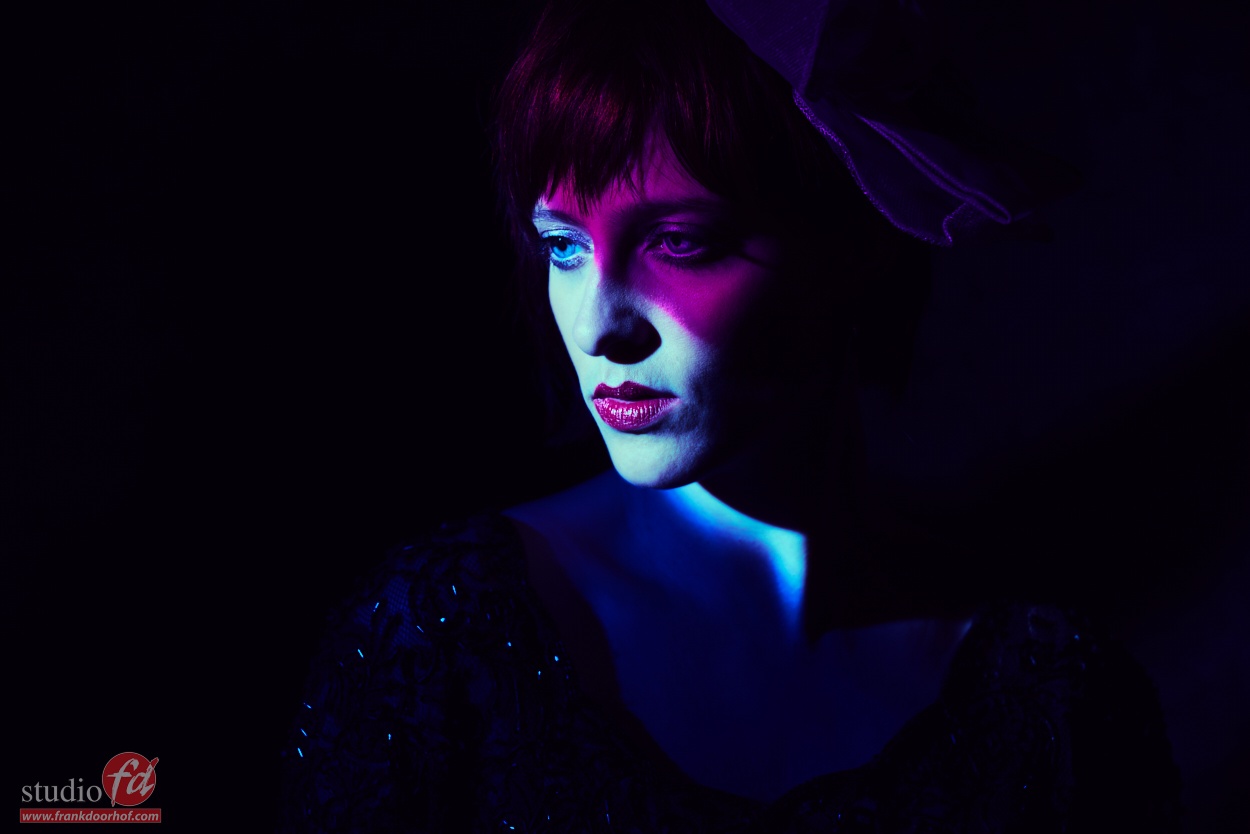 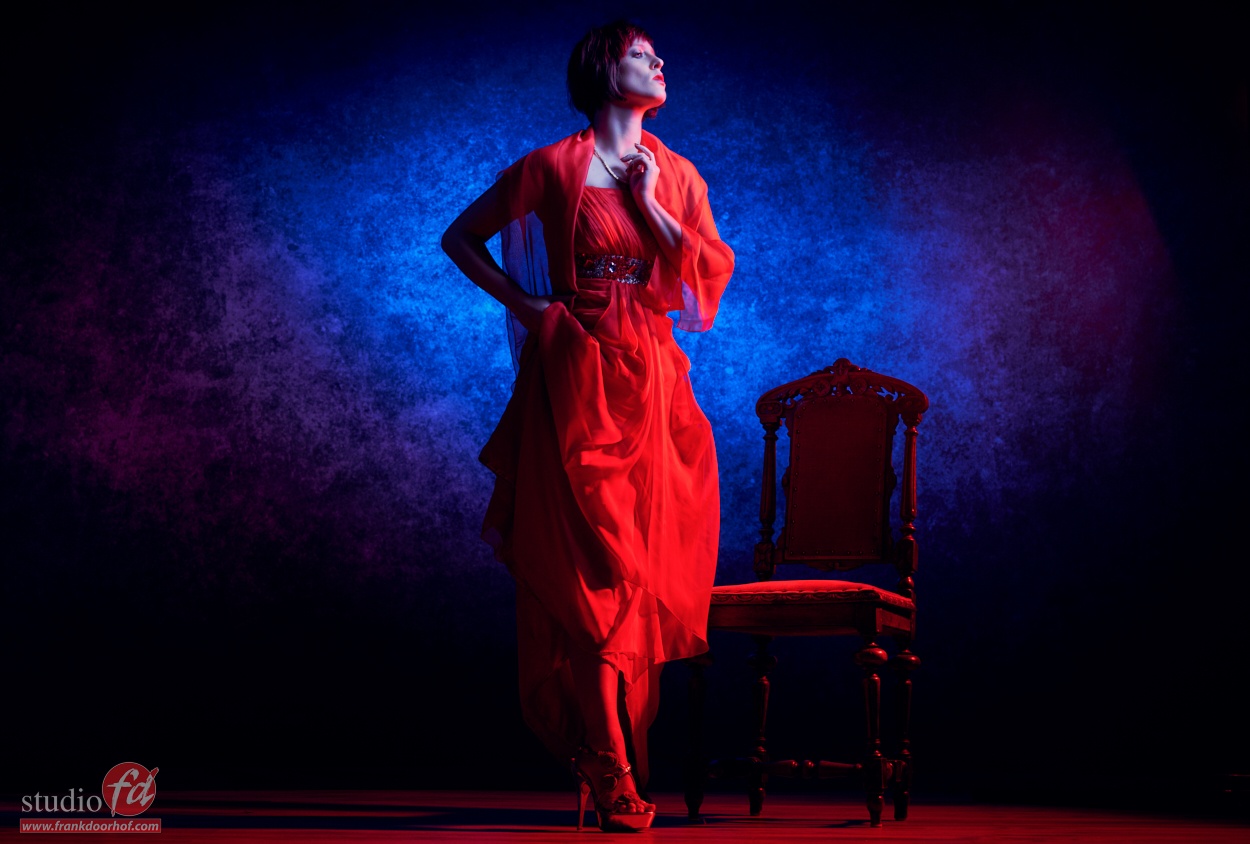 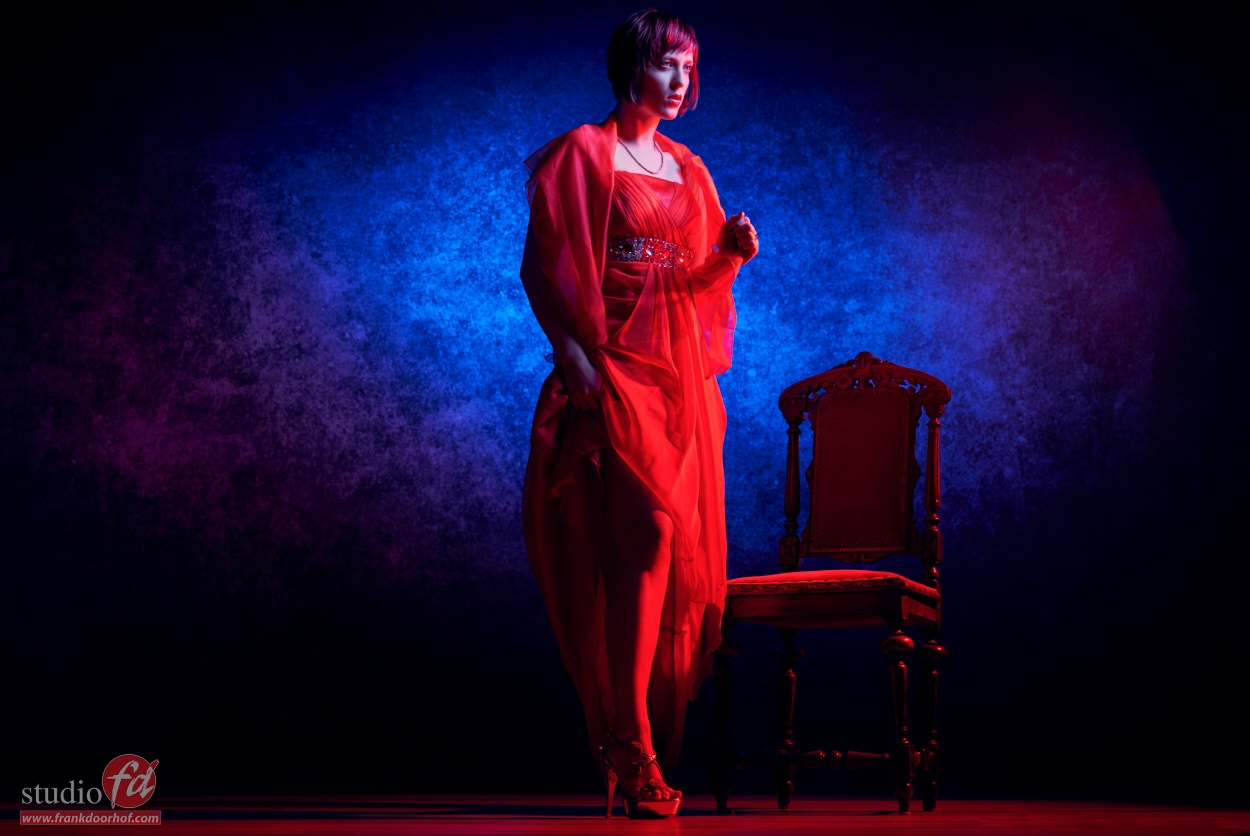 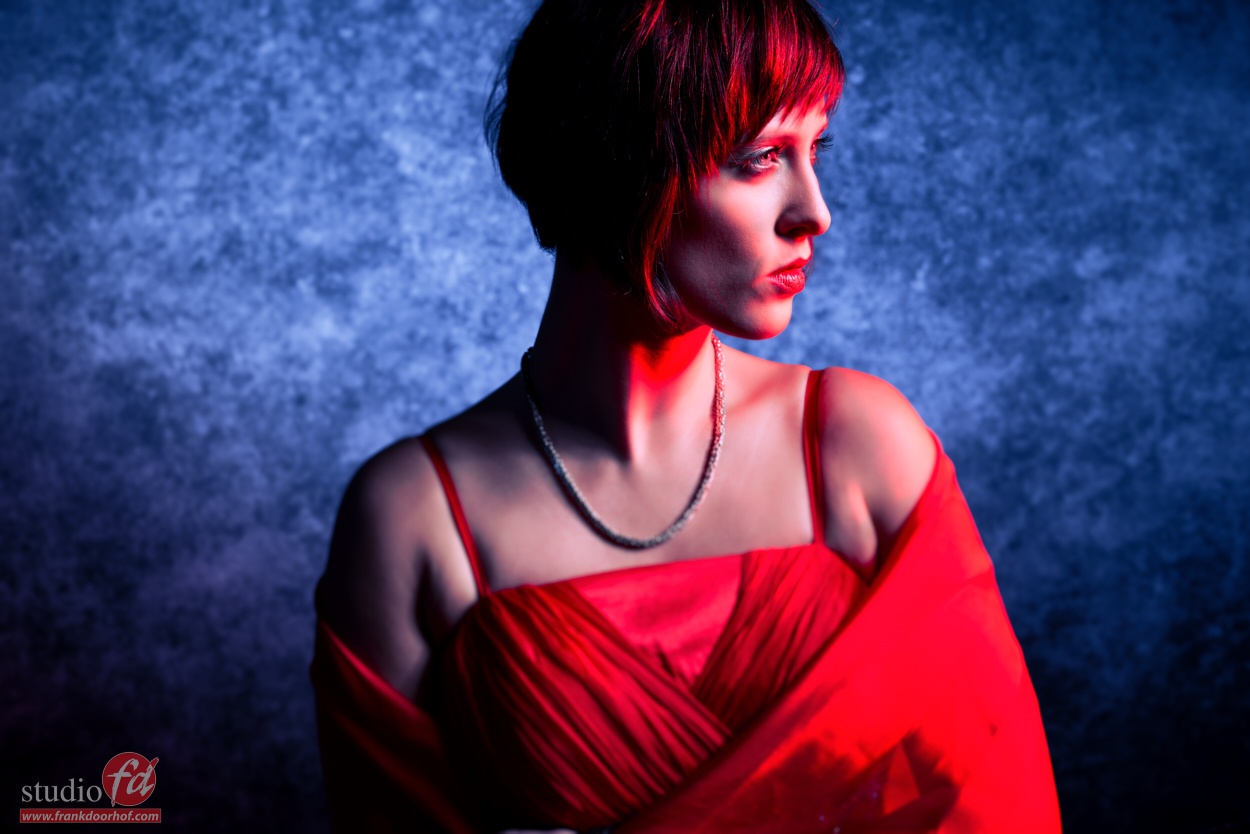 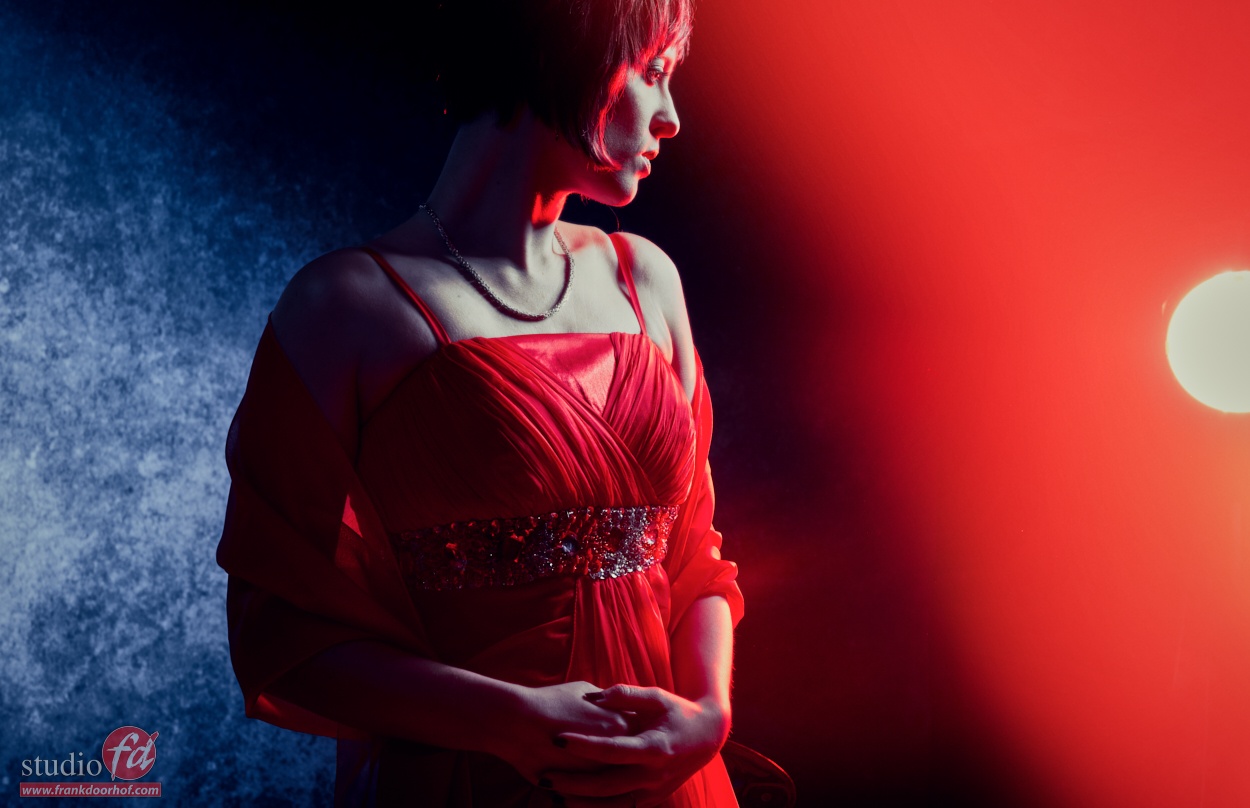 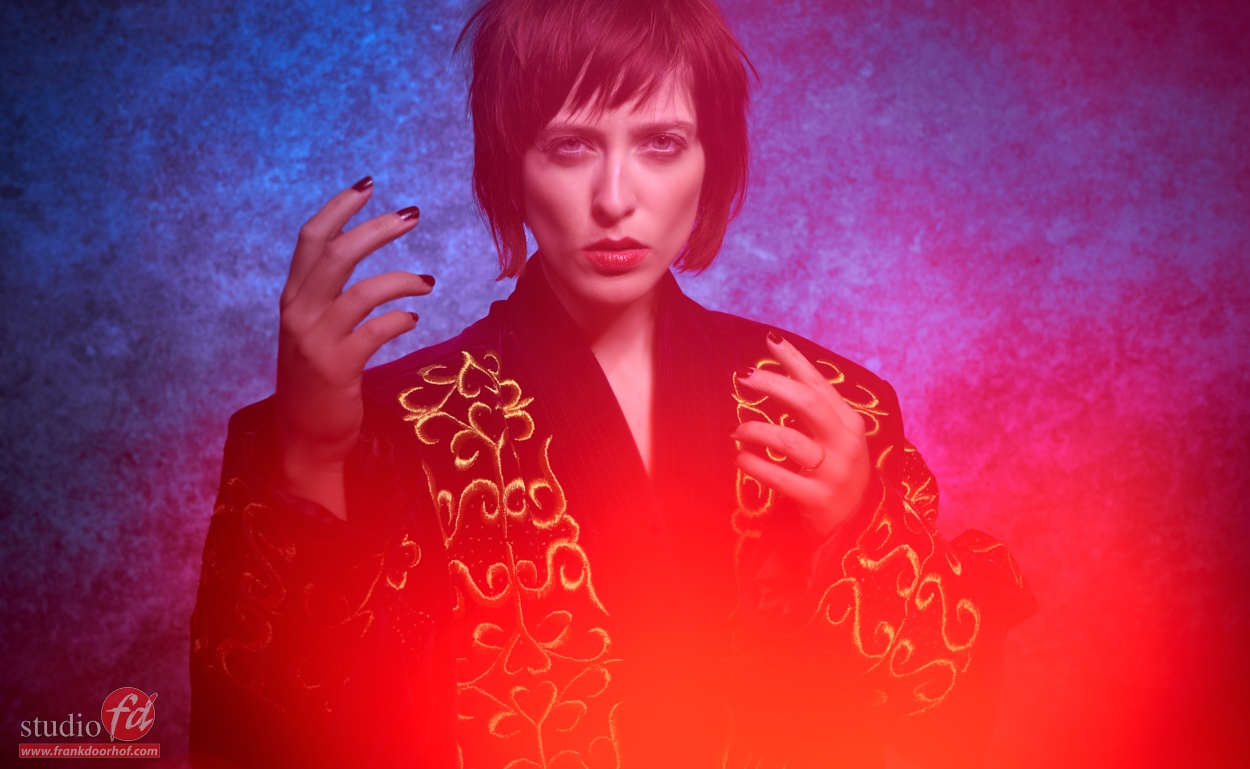 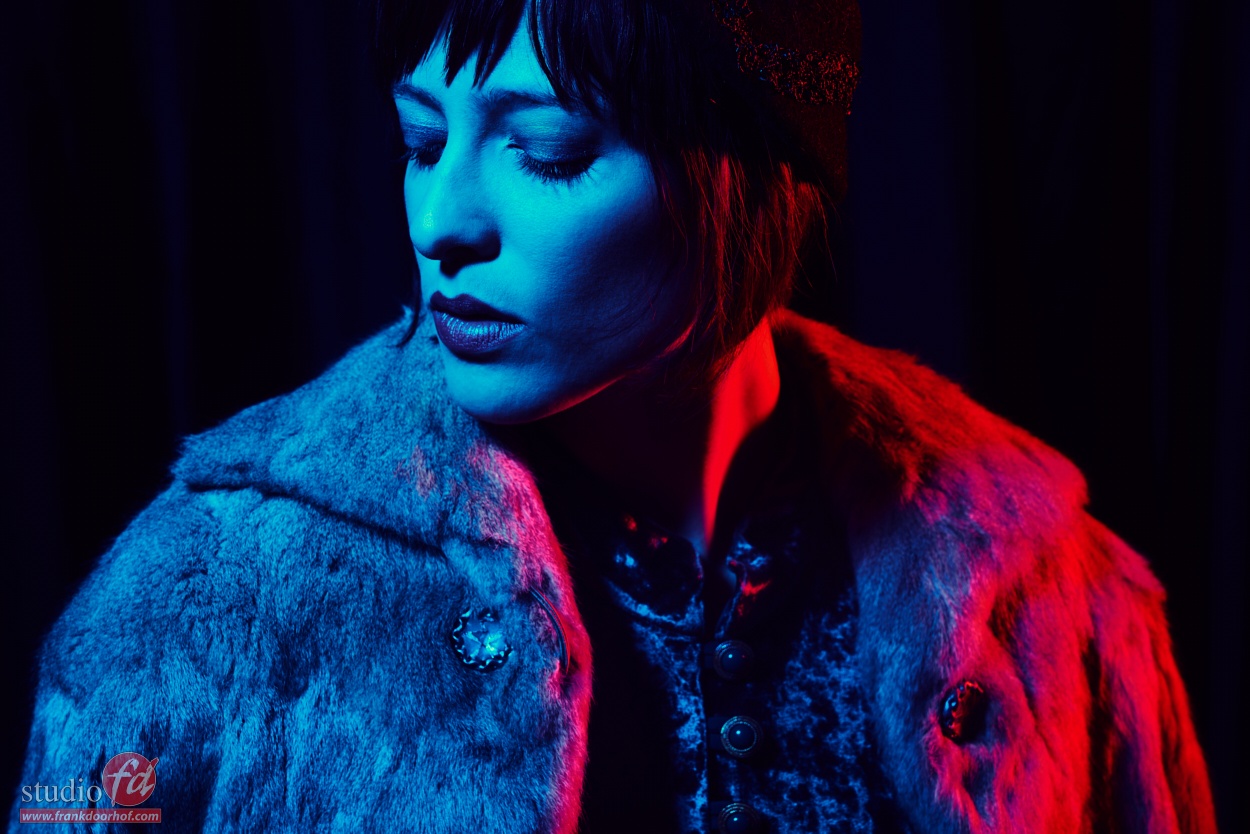 I think one of the most asked questions is about using strobes on location.
How to mix the ambient with the strobes?

In essence it’s really simple.
There is one thing you have to remember.

If you remember this you can start to play.
When you set the strobes for example for an aperture of F11 and you se the final result and you want a bit more ambient light…. just lower your shutterspeed. Now there is one slight problem with this…. Going down is easy (letting in more ambient light), going up… well that’s a different story. In essence most systems and cameras are limited to a max shutterspeed with strobes of 1/125-1/200. Some cameras will claim 1/250 but this is often with speedlights, not the bigger strobes.

Now there are solutions for this.
Mainly HSS (High Speed Sync) and HS (Hyper Sync).
HSS uses a strobes that literally strobes, and this makes it possible to shoot up to the max shutterspeed of your camera.
HS uses a very slow strobe (often 1/500-1/600) and after adjusting the trigger timing you could in essence shoot up to a pretty high shutterspeed.

For me personally HSS is the best choice.
First of all because you can meter it with the newer light meters (Sekonic 858 for example) but also because the hit in performance isn’t that much. With HS the main problem is that the faster you shoot (shutterspeed) the more power you lose, meaning you could end up at f32 on ISO100 1/125 down to f2.8 ISO800 on 1/2000 (these numbers are not real but examples, it varies hugely). This means that HSS is pretty much predictable and HS is a bit of…. well know your gear and you can guess it pretty well.

Now don’t expect HSS to be just as powerfull as non HSS.
This is where a lot of people get dissapointed, you lose a LOT of power when using HSS, but… the benefit is being able to shoot outside on 1/8000 f2.8 ISO100 for example which can give you freaky and awesome results.

But even with these techniques the rule stays…. aperture is strobe (don’t touch this, unless you also change the strobes output) and shutterspeed makes it brighter or darker outside while your subject keeps the same exposure. 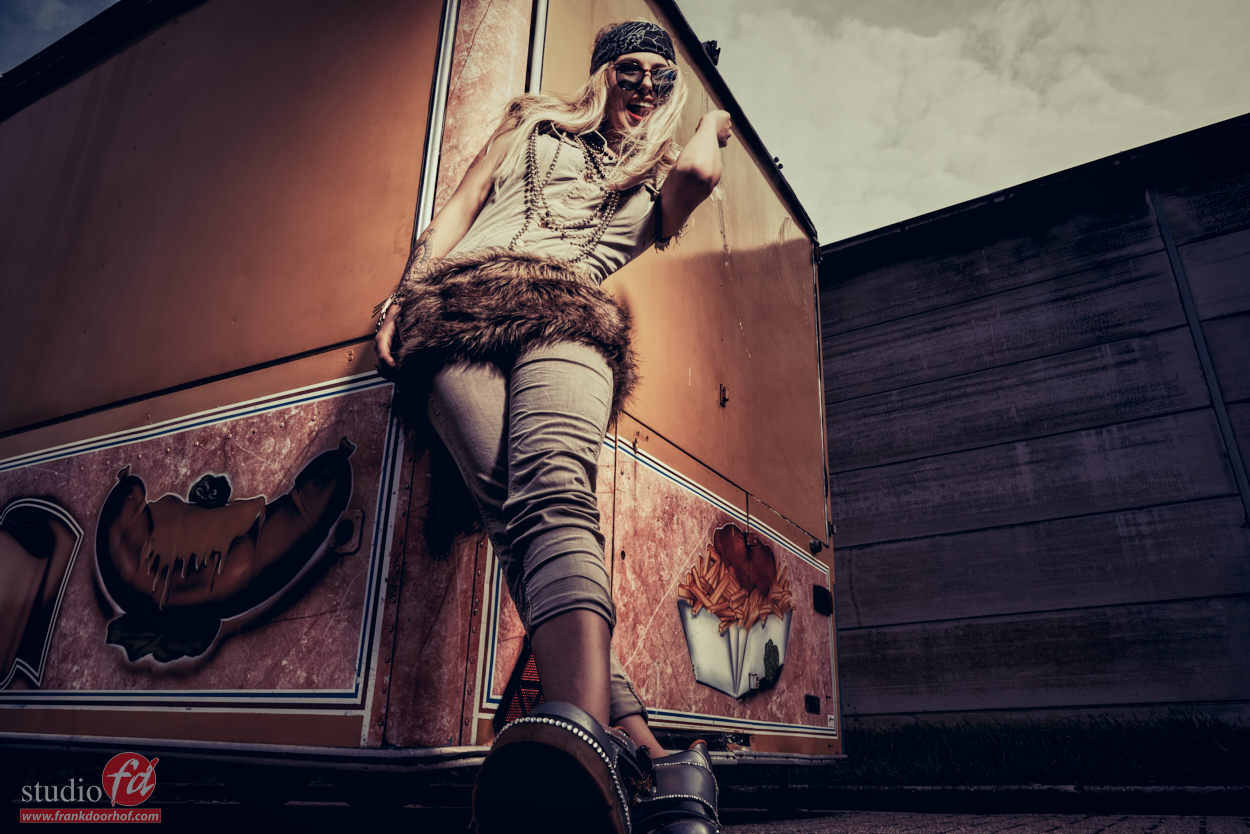 How to set it up
In the past it was pretty easy when you used a lightmeter, but it wasn’t always spot on.
What you did was use a spotmeter and aim for the darkest area you want detail, now add 4 stops to that number and you know how to setup your strobe. When shooting that part will now barely have detail, but you can get it back in Lightroom or Capture One.

Now I said the past…
That’s right, because now a days you can do it much easier in fact.
Use your EVF.
Set the camera for the desired ISO (100) and shutterspeed (I would advise 1/60) now just start dialing in your aperture until you see what you like through the EVF, remember that F stop and set your strobe to match it. Now you will have a properly lit subject and the background will look like you wanted in the EVF.

So why that 1/60?
Well easy. If you decide later on you want the sky darker… just go to 1/125
If you decide it has to be lighter you can still drop down to 1/25 for example depending how steady you are.
It also helps in countries like mine to counteract some of the variation of the available light, we always have a lot of clouds and they will make the ambient jump around a bit.

I hope this helps you guys out?
If you want way more in depth information about using strobes on location check my tutorials on www.frankdoorhof.com/videos
Or subscribe to our YouTube channel on www.youtube.com/frankdoorhof 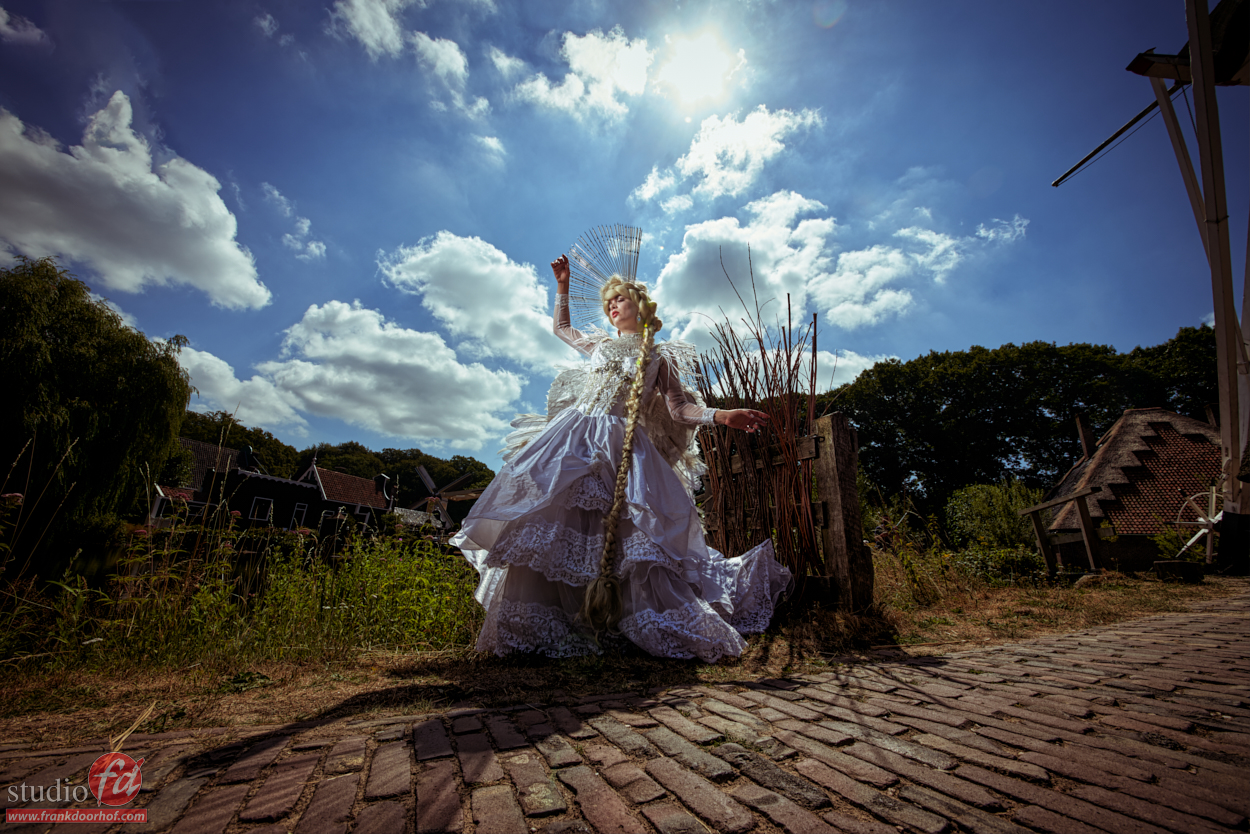 https://frankdoorhof.com/web/wp-content/uploads/2018/09/Rosa-in-Amsterdam-September-13-2018-341.jpg 834 1250 Frank Doorhof https://frankdoorhof.com/web/wp-content/uploads/2015/03/studioFD_Logo-1FV.png Frank Doorhof2018-11-27 09:00:272018-11-26 14:33:04A quick tip on using strobes on location
A lot of you guys have been asking how my guitar playing is going…
Well actually it’s going pretty well.
It surprises me how much somehow is still there, the most difficult part is actually phrasing and getting up to speed again with the left right hand coordination 🙂
Now recently I asked online for other musicians to collaborate on a song and I got a really cool response from Chris Pearson I send him the song and he put some vocals on it. You can listen to it here : https://www.bandlab.com/frankdoorhof/living-freemp3-dd395?revId=94af5a5d-7bf1-e811-9f2a-00155d777a11
Now this week I’m taking off due to some really busy months so I have some time to practice and play. And the best thing to learn is actually to record yourself, this way you can hear mistakes and it’s a much easier way to learn, if you just jam there is no “real pressure” when recording you learn how to keep rhythm, and how to make sure your phrasing is right.
This morning I took some time to record the following song. Well it’s actually a backing track from Roland eband called “BB King style backing track” and I dubbed it “Two red guitars” the reason being very simple I played one part with the red Epiphone riviera and one part with a Brian May Guitars Red Special. You can hear that one here : https://www.bandlab.com/frankdoorhof/two-red-guitarsmp3-5624a?revId=3419e055-7bf1-e811-9f2a-00155d777a11
Now big disclaimer…
I don’t post this to show off.
It’s just that so many of you seem to be curious about my playing that I decided to sometimes upload something.
Hope you guys like it.
Feel free to leave comments, tips are more than welcome and if you are a musician yourself and would like to collaborate on a piece just drop me a message.
https://frankdoorhof.com/web/wp-content/uploads/2018/09/Sheena-September-7-2018-00626.jpg 815 1250 Frank Doorhof https://frankdoorhof.com/web/wp-content/uploads/2015/03/studioFD_Logo-1FV.png Frank Doorhof2018-11-27 08:00:412018-11-26 14:16:21Some more guitar stuff