In this episode of digital classroom I show you a really cool tip on using layer masks to make selections more subtle/smooth PLUS how to create lighting effects on a wall.

This is a great technique for compositing but also to just enhance the mood on a fashion shoot.

If you liked this video give it a big thumbs up and subscribe so we can keep on making them.

Find me online via the following channels

This blog is based on this article.

Ok
Nice article but also a weird situation.
What is “studio quality”
In essence any phone can make studio quality photos now a days. Not a few years ago 6mp and 16mp where the golden standards.

For me it’s however a bit over the top to start a courtcase for this.

What’s your opinion?
What’s studio quality?
And do you think phones could be labeled like this?

In my opinion studio quality is not a term. It just means you shot something in the studio.

And can phones be labbeld as pro?
Well yeah. But not all

Before I switched to my Huawei p20pro I always liked shooting with my phone but never was of the opinion the images were really good. Now with the p20pro I honestly think we have a real “studio quality” camera.

Would love to hear your opinion.

Yesterday I showed you the scans from the color film I shot during our trip in New York. Today it’s time for the Black and white versions.
The thing I really like about film is that somehow I can get really close to a BW look I like in for example Alien Skin, DxO filmpack, Luminar etc. but when I scan real BW film… I don’t know what it is, it just looks the way that I love BW to look. And the weird thing is that it doesn’t really matter what kind of film I use, I just love that organic look.

Now in all honesty online you can’t really see this, but when scanning and zooming in…. man I just love how it looks.
So anyway without wasting more time… here we go.

Small side note.
I only brought one roll of film of each (color and BW). So I didn’t have a lot to choose from, but I still wanted to share these here on the blog. 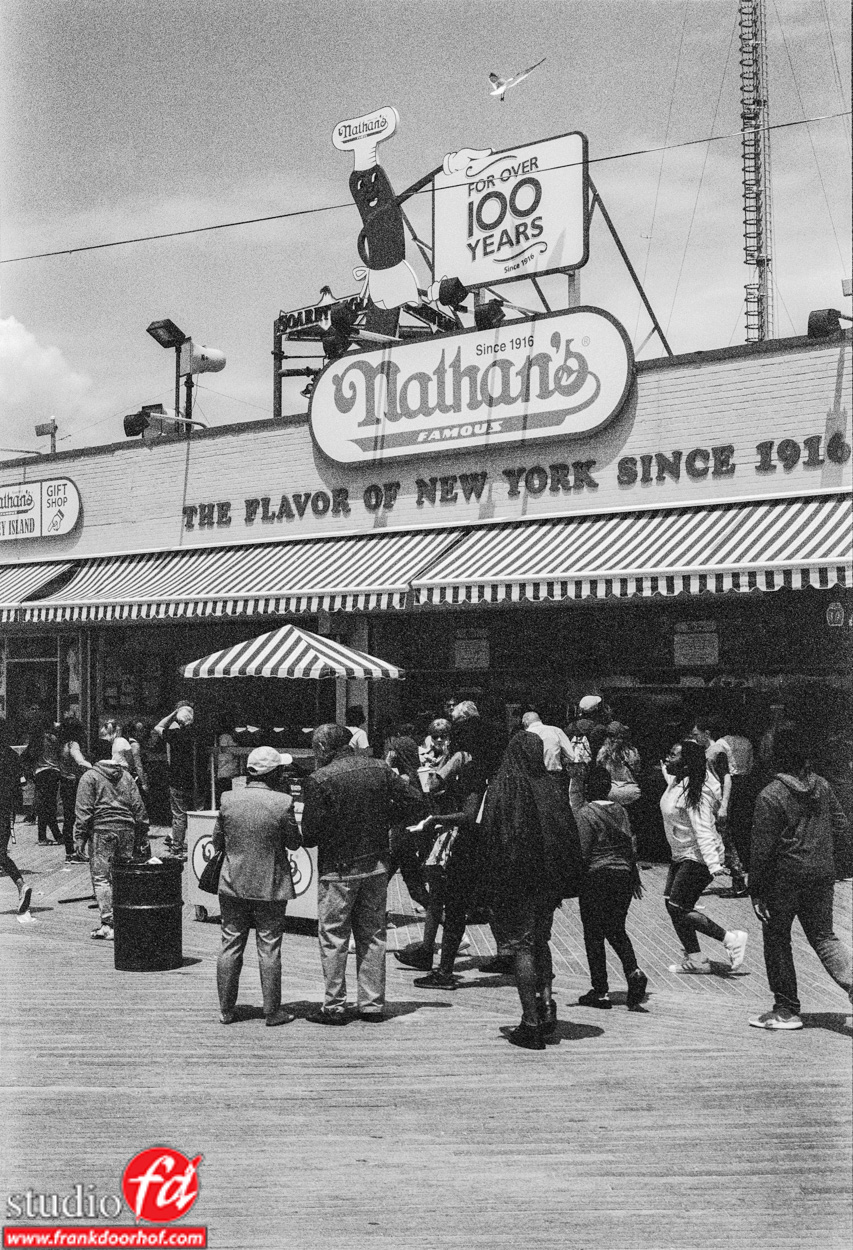 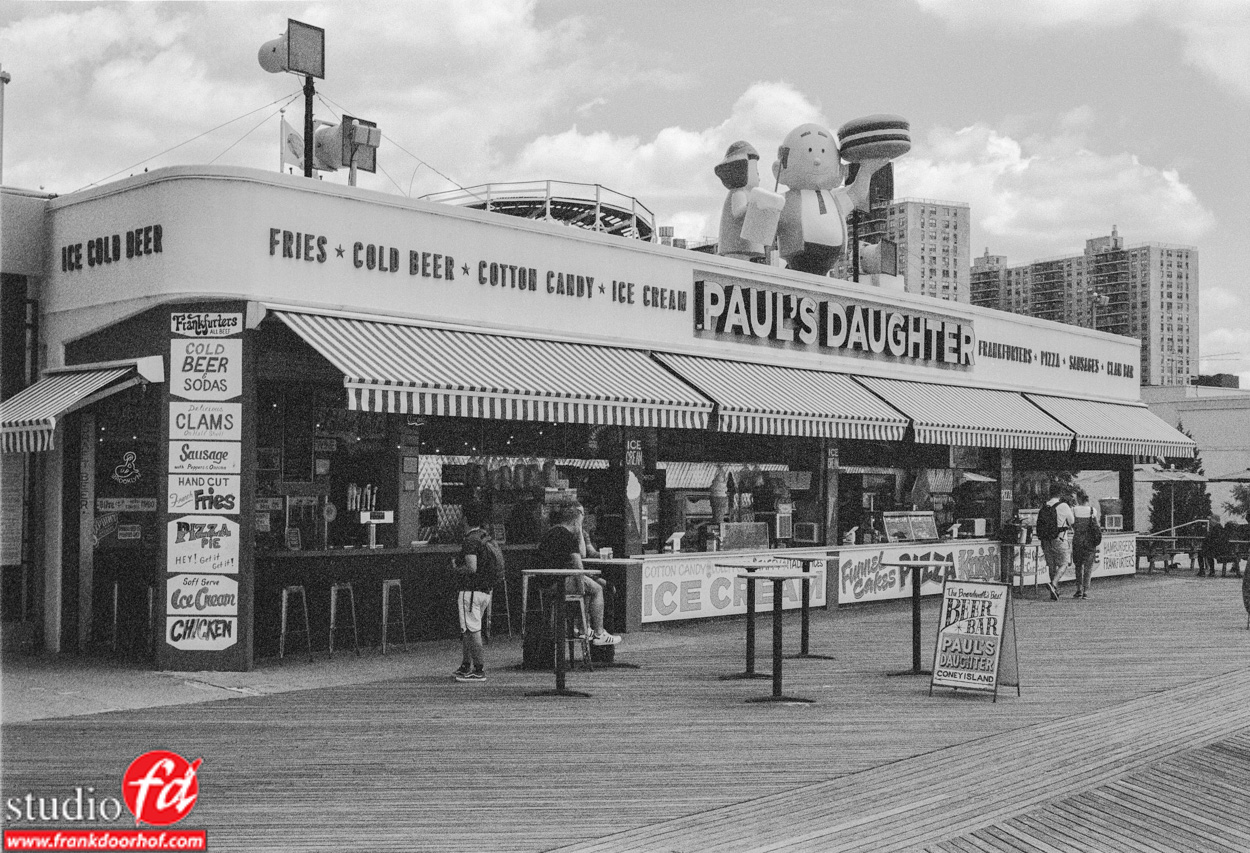 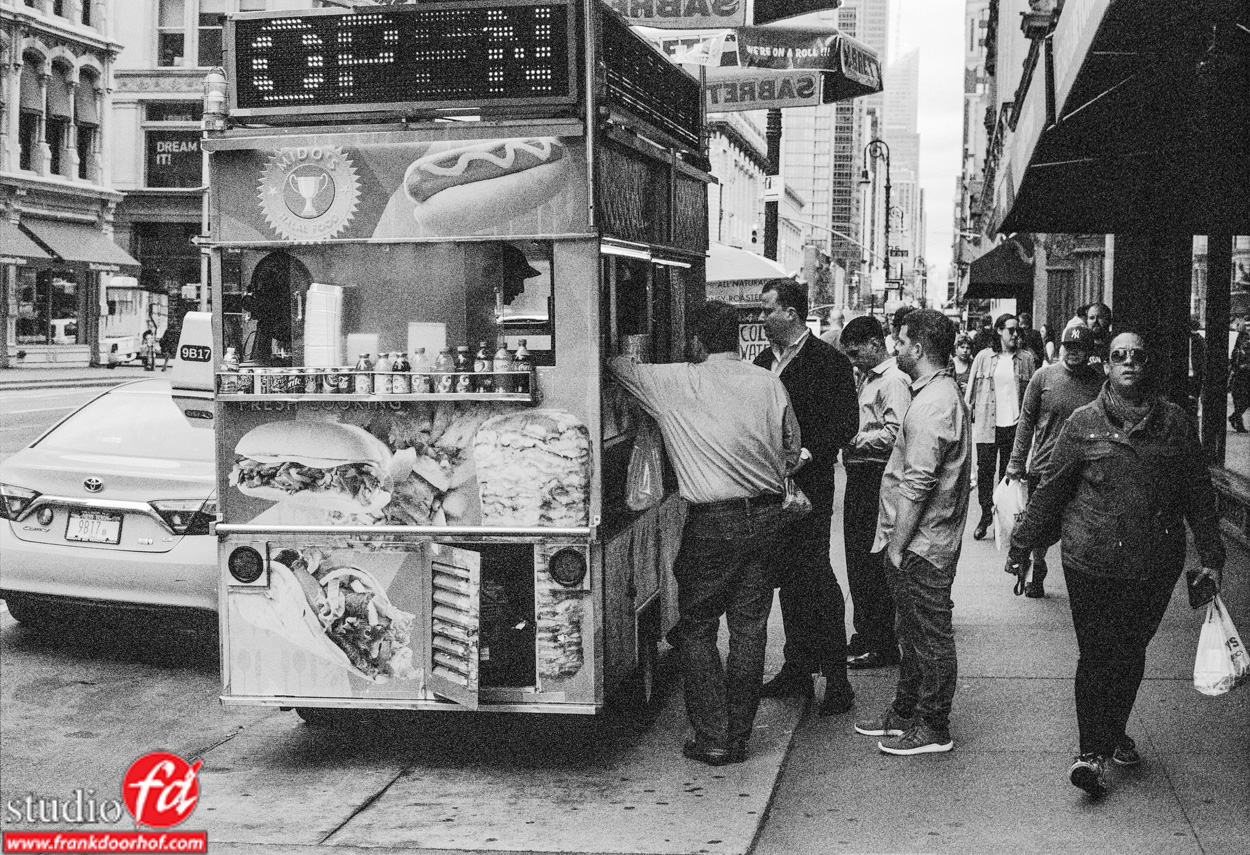 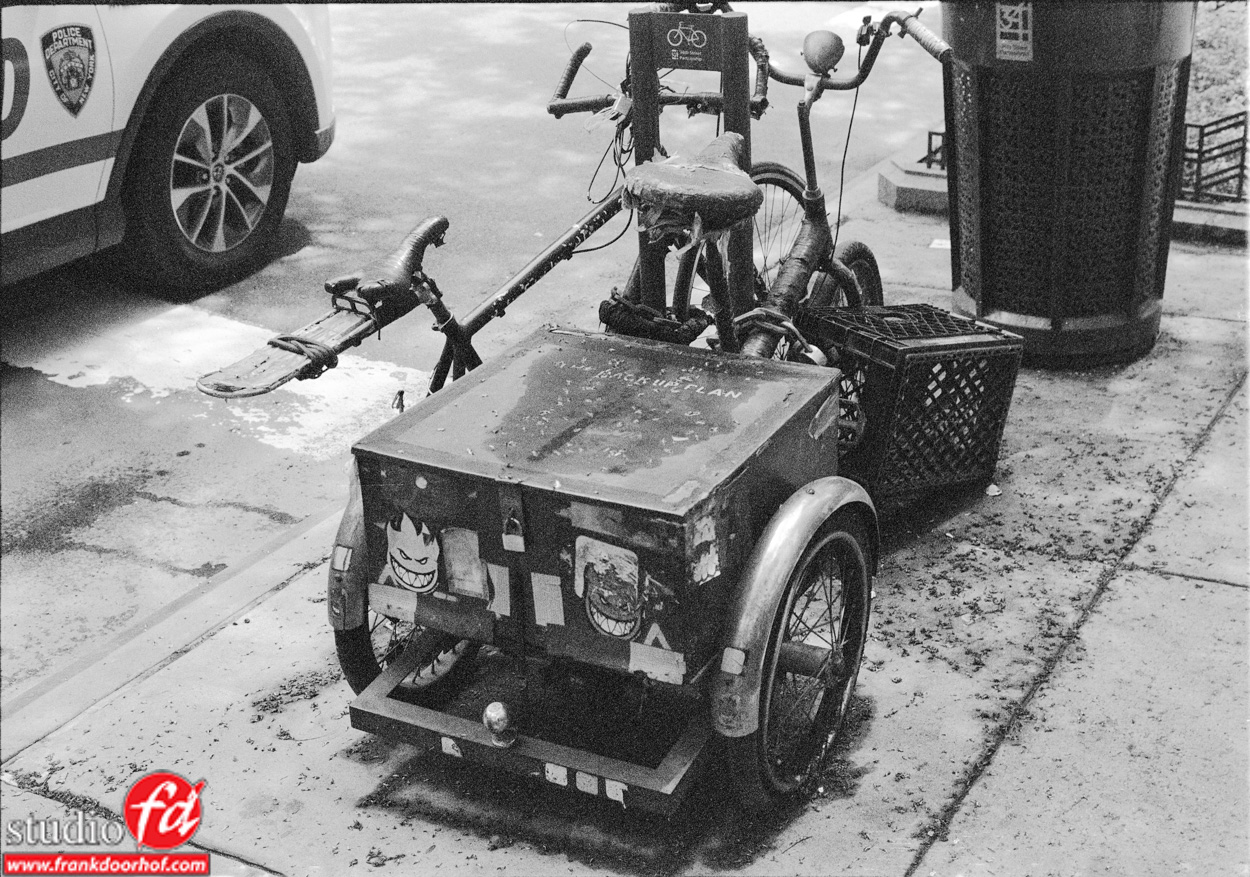 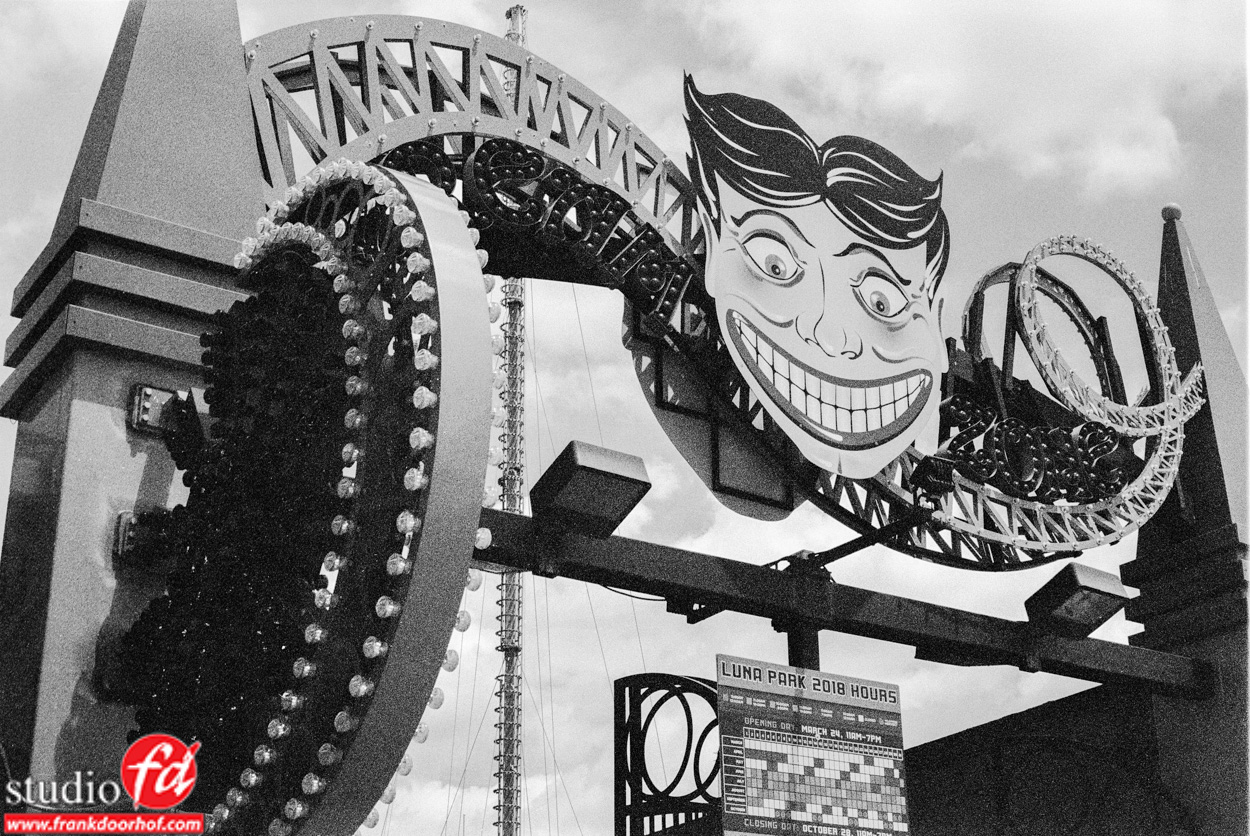 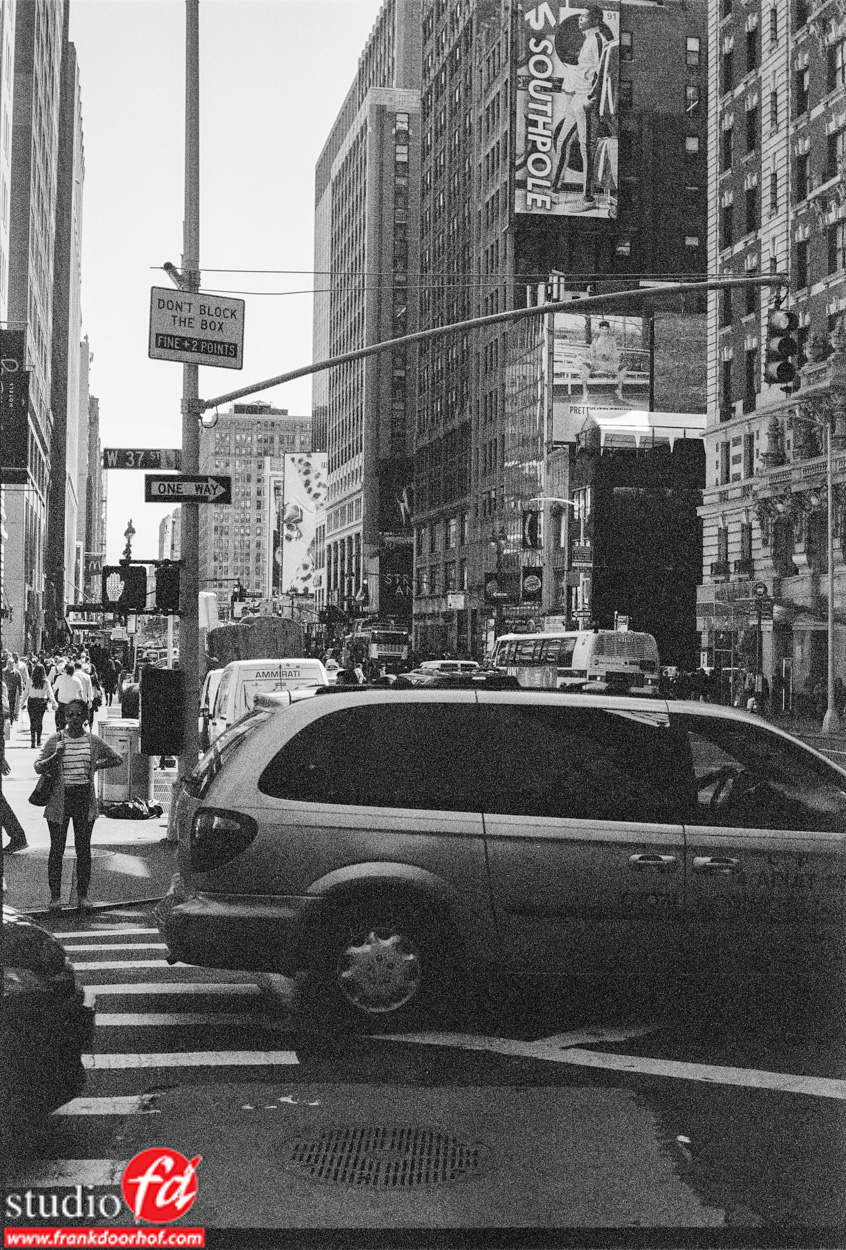 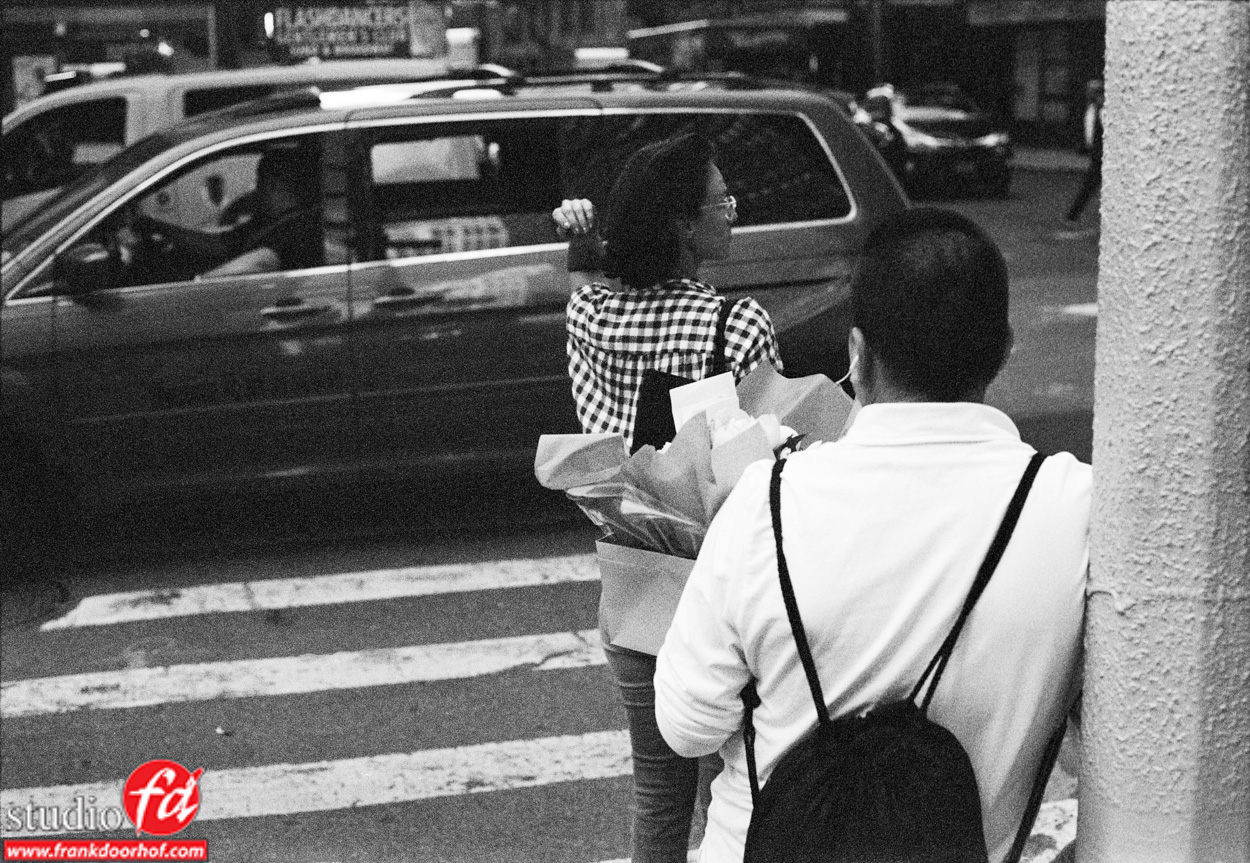 One of the coolest things is to actually create something that was not there to start with.
In the studio we can of course build a set, or just use photoshop, but on location it’s…. well a bit different, but it shouldn’t always be a problem.

Take for example these shots.
All were shot in Universal studios Orlando.
Some were shot in the Monster Restaurant and some were in the lobby of the horror makeup show (HIGHLY recommend that one by the way, but hey I LOVE old horror)

The thing that I did with all these shots is choose an angle which makes it look like it’s not just a piece on display but like it was a little bit of a setup to shoot it. Remember these were all shot in busy areas and without any form of artificial added light, in other words I just used what was there. By choosing a different angle than just straight on I was able to take away the people walking around and get in some details that resulted in (in my opinion) cool shots.

By the way, if you shoot something that’s behind glas….. just hold your hand across your lens, like a tube and you block out reflections (that’s a killer tip guys :D) 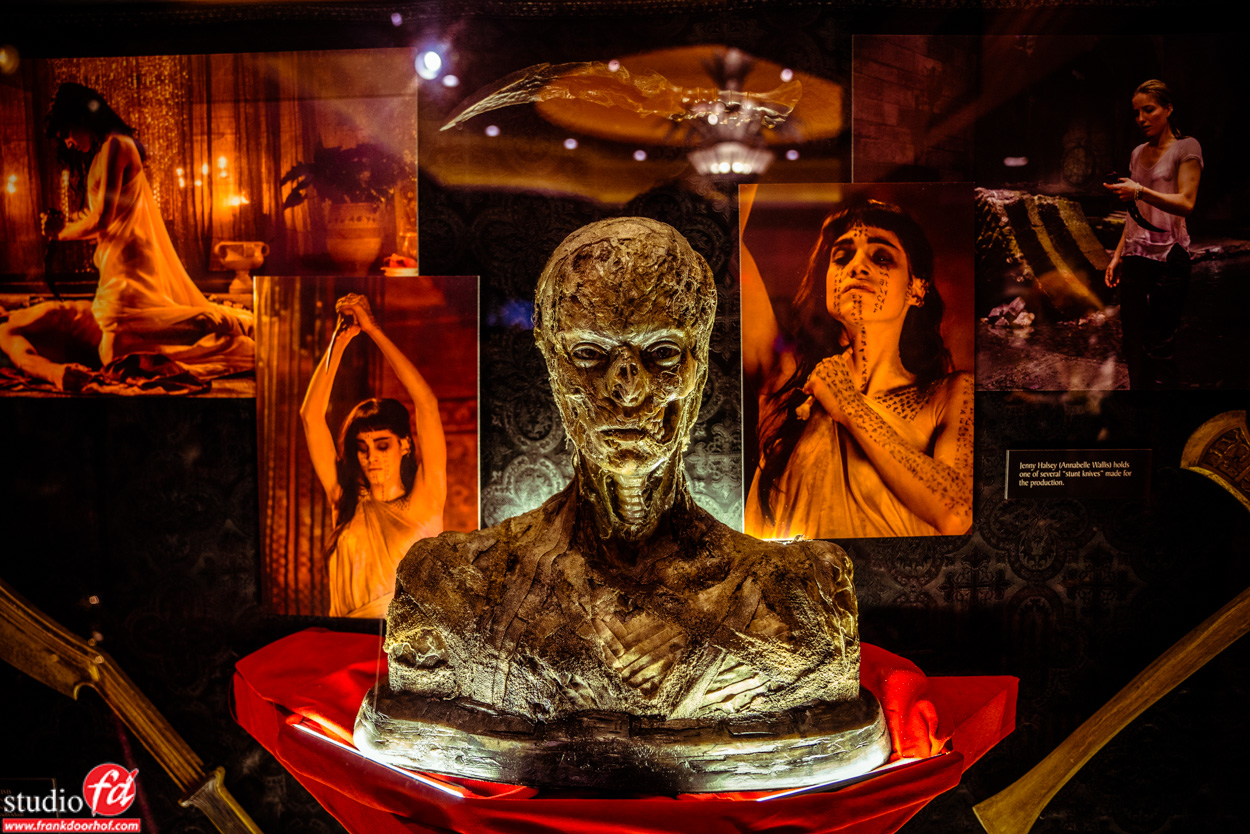 In this case it was impossible to really make the mummy stand out, so I decided to just include all the posters and shots, by using that “tube” technique I created a very clean shot without any reflections of the people walking around and the lighting that hit this glass display. 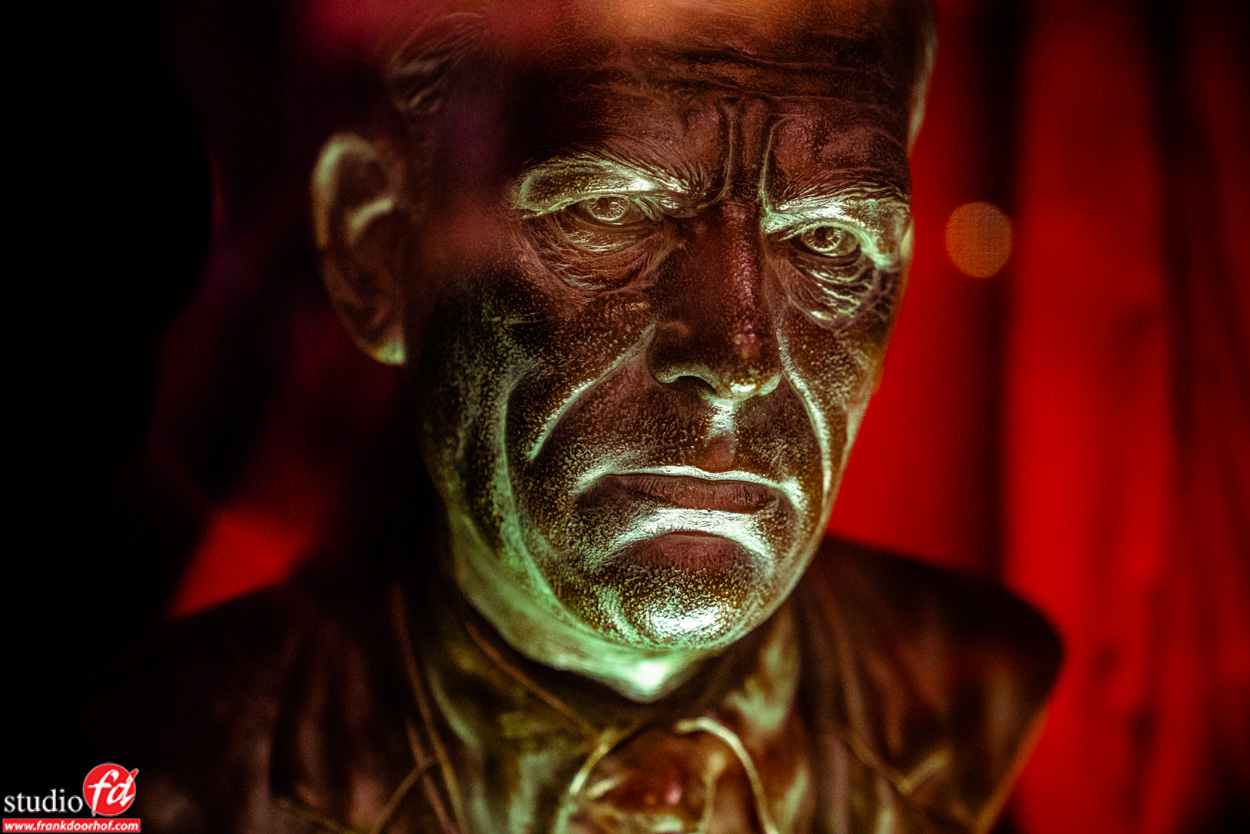 You’ve seen me do it in videos, control lensflare with your fingers… well here I did the same thing, create the tube around the glass but move your fingers just a little bit and create some cool flare effects. 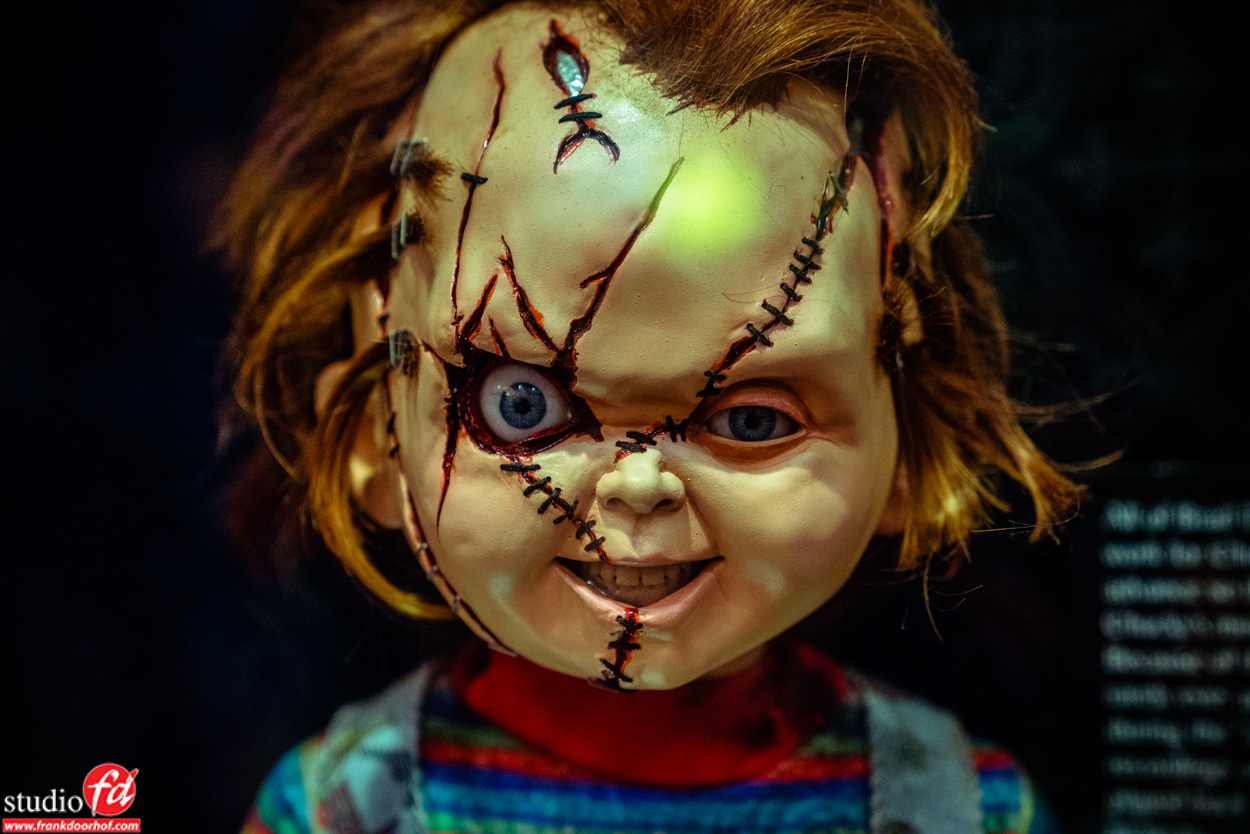 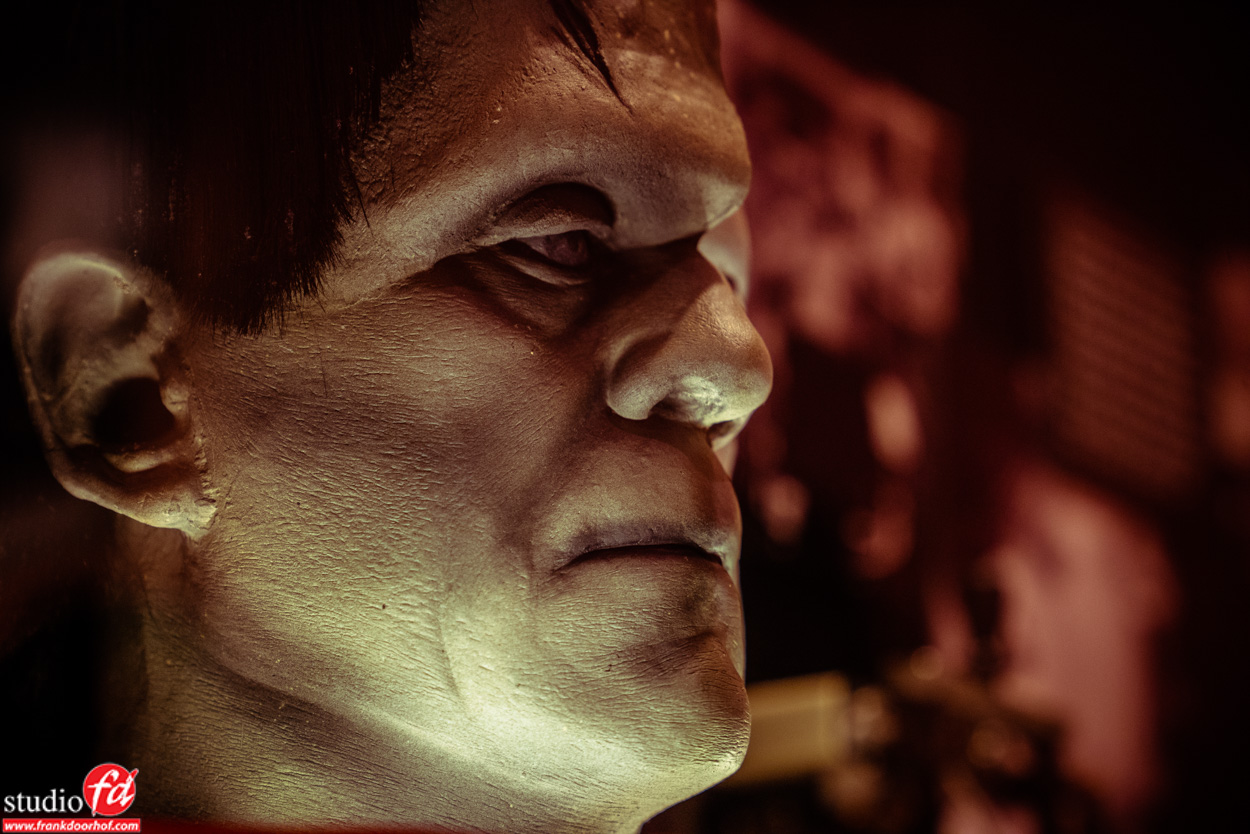 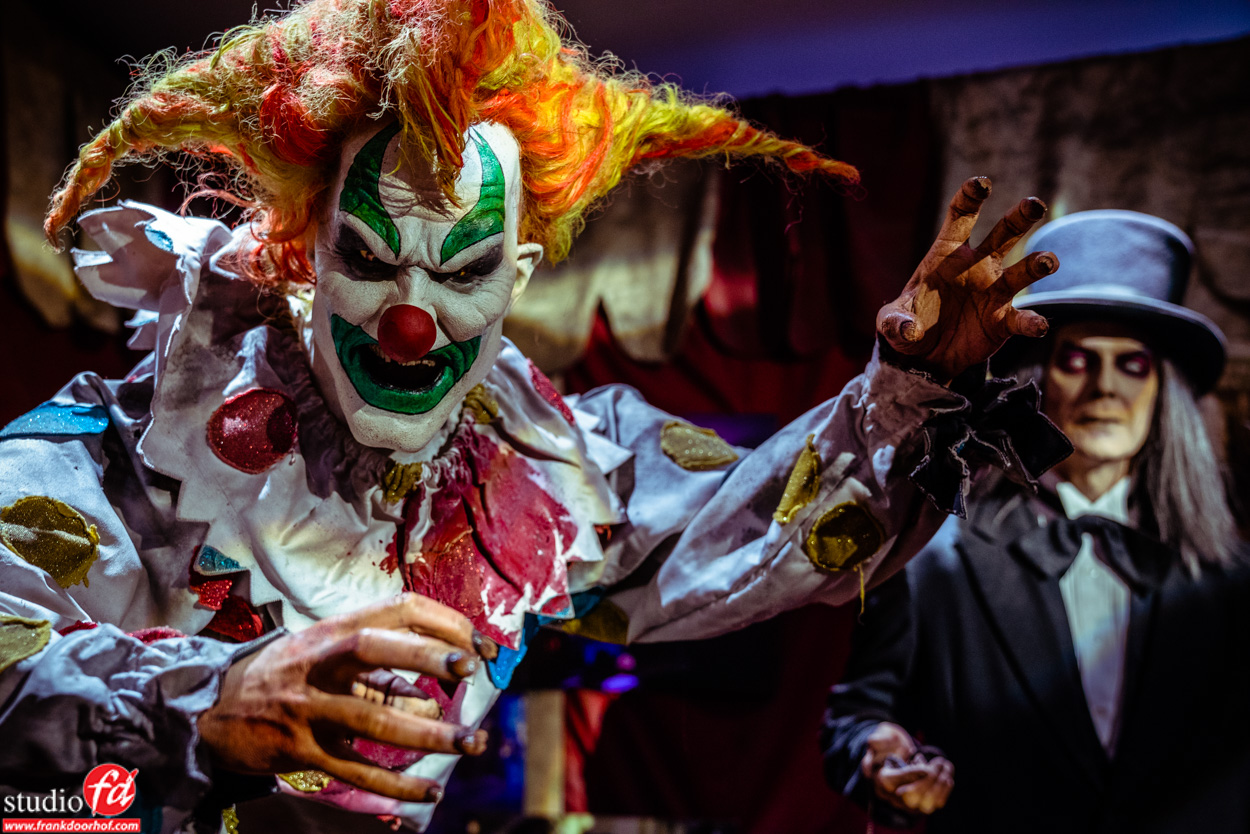 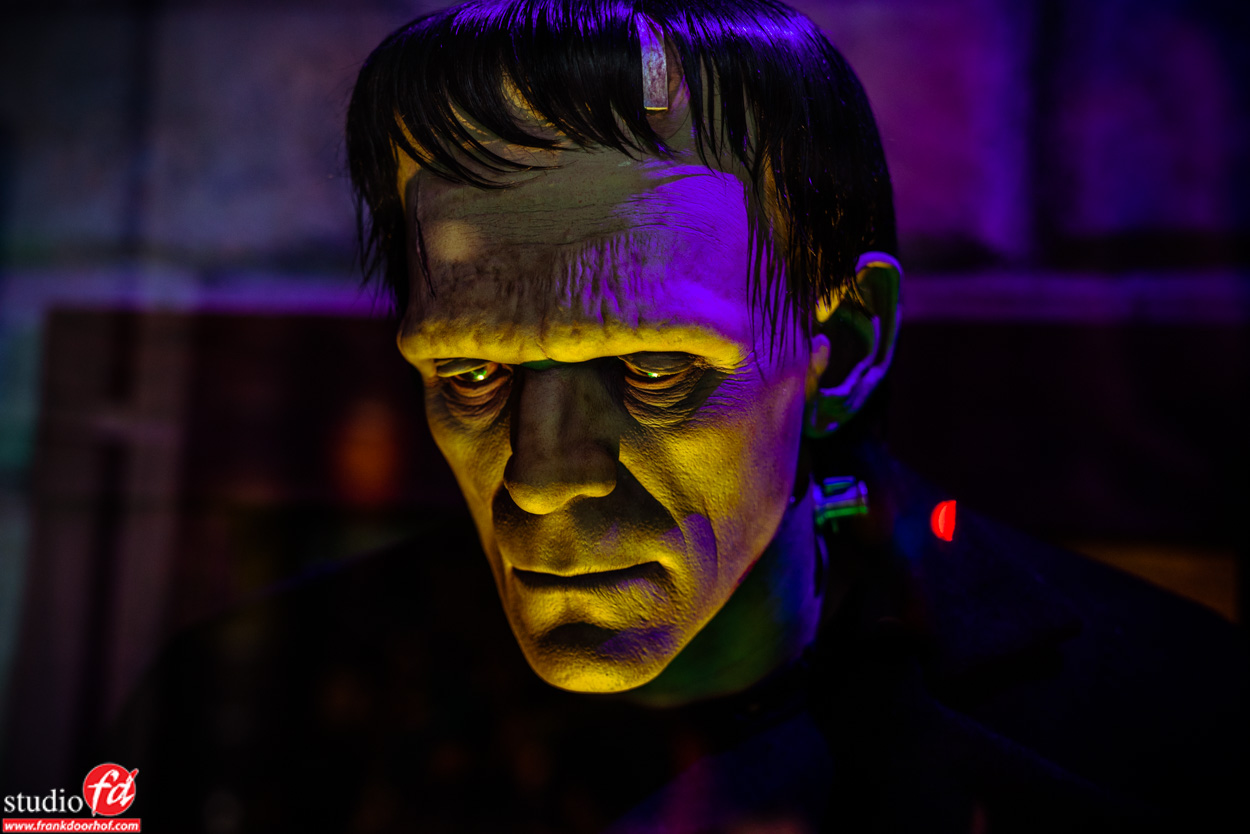 Now most of these heads and figures were on display, meaning there were distracting things around them, sometimes cropping helps, but….. sometimes it also REALLY helps out like this shot from Hitchcock who seems to be very present in this image 🙂 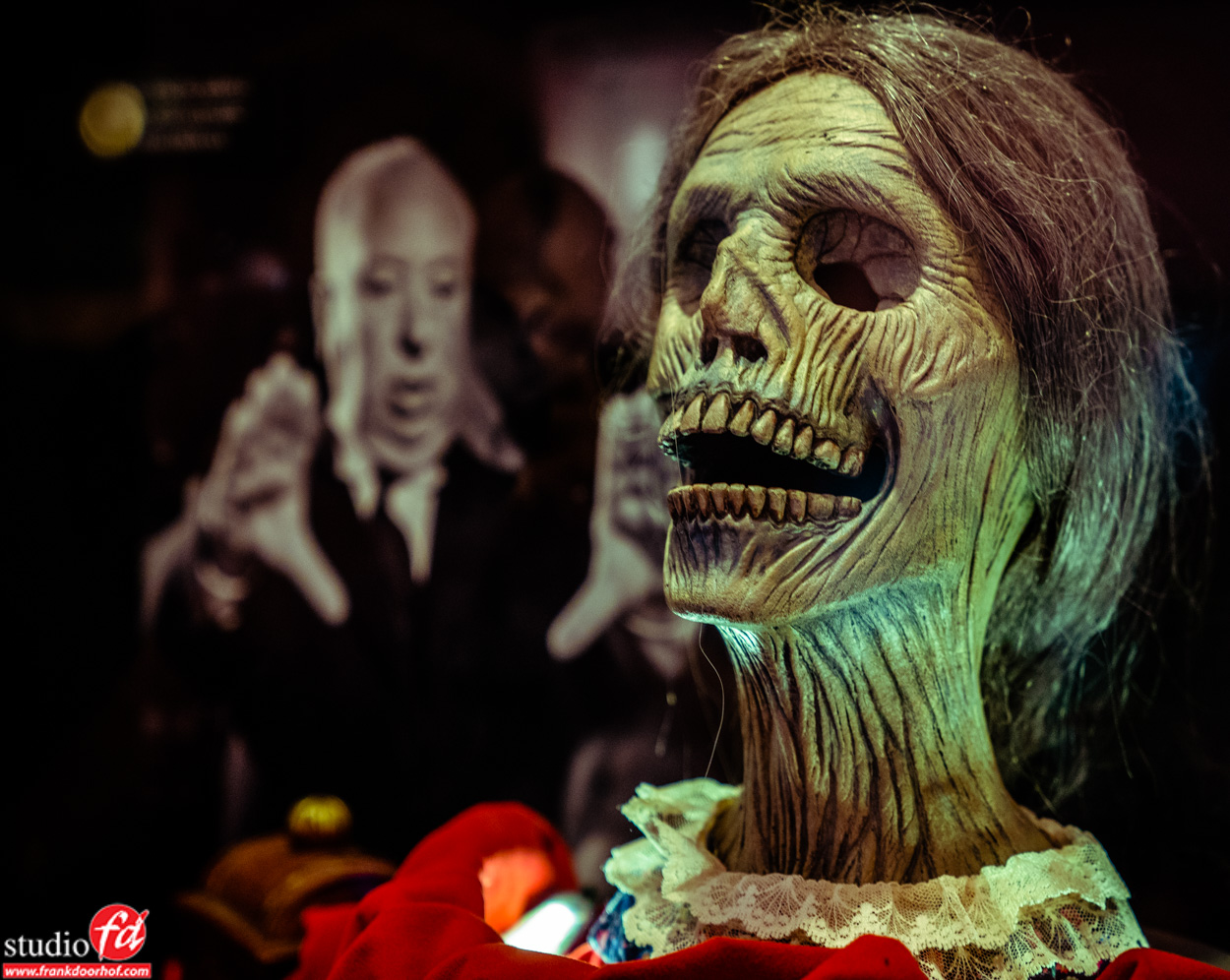 I hope you enjoyed this little side step from model photography, remember travel and street photography is also one of my passions 🙂
If you have some cool shots you took in these kind of situations… feel free to post them.