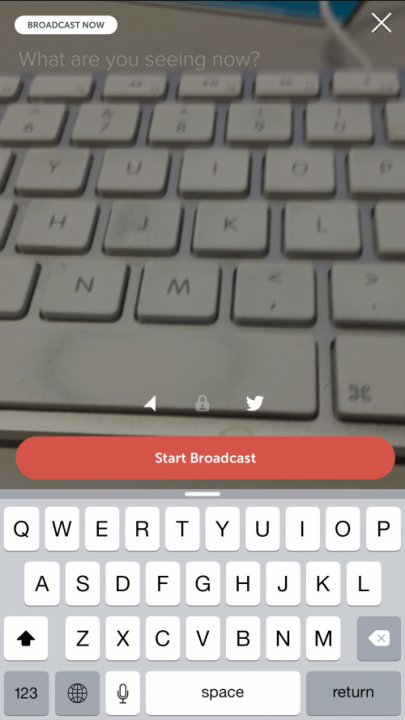 We all know the problem… there are WAY too many social media platforms at the moment, if you want to be active on all you can’t work anymore or you have to have an ingenious system of crossposting stuff working for you. It seems that every day there is a new “someone” trying to become a millionaire by launching something new that we all HAVE to do, because if we don’t…. well you don’t want to be left behind right?

When Meerkat was released I have to be honest that I did not even look into it, in all honestly I just can’t be excited to see someone (not even my friends) walking their dog, eating a banana or (please don’t) sitting in the restroom reading the newspaper, and let’s be honest most people are using it just for that, and with hashtags that contain the words Fridge and see I’m already over it, or at least I thought.

During Professional Imaging Scott (Kelby) and Terry (White) told me to check out a new app called “Periscope” by Twitter, and I did.
What I will write down now is my PERSONAL experience, my PERSONAL opinion and the way that I’m gonna use it, so if you don’t agree there is no problem at all, it’s just my PERSONAL opinion. That being said let’s look at Periscope.

The app
Periscope is created by Twitter and can be found on the iOs App store, I believe other versions will be released soon (they are working on Android).
The app itself looks very simple (and that’s the way it should be) and works very fast, when you start working with it you are actually up and running in seconds, and that’s what I love about these kind of apps, they should be easy to operate and to understand. 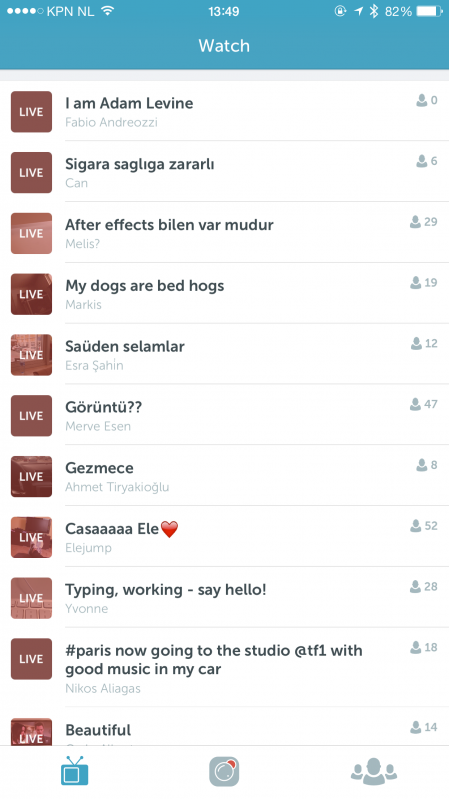 When you open the app you can see what’s going on and click on something you would like to see/follow.
They are changing some things over at the main screen, you can now for example also see the most recent from friends.

But the most fun is of course when you go “live” yourself.
Just press the Periscope logo and type in “what’s going on” and “start broadcast” and….. well….. drum roll… that’s actually it.
yep it’s that easy, you are now streaming live, and remember it’s LIVE so watch out what you show and say, this can cause some problems for certain people I guess, I think we can wait for the first person being fired due to a Periscope broadcast.

During the broadcast you can see people logging in, you will see hearts flying and people can ask questions/interact with you.
Sounds like fun, right?
Well it really is, and I never expected it to be this addictive to be honest, I’m normally not really into this sort of thing, but Periscope somehow really hits the mark for me.
By the way in case you’re wondering how people can log in… Periscope tweets when you go live with a link, but you will need the App to visit the link and it only shows it on Twitter so if you’re on another social network you have to add a recipe via for example IFTTT to also show it on Facebook (waiting for G+), and don’t worry if you missed it live… you can actually also watch it later. 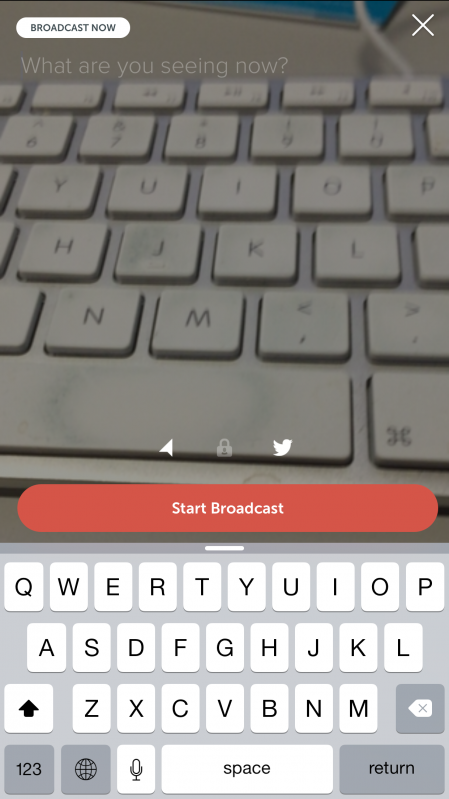 Now as soon as you’re done you swipe down, make sure to swipe from the side because it happened several times to me that I actually did not end the broadcast when I wanted but pulled down my notifications from my iPhone, when swiping from the side this doesn’t happen as easily. Now when you’re done Periscope starts uploading the file and you have the option to also store it on your camerarol (which I always do). Sounds all very easy right? and it is, and it’s cool, but what to do with it?

Educational/Fun
I always strongly believe in a mix of educational and fun on social media, and you will probably never see me showing the inside of my fridge, me walking my  cat or anything of that kind of stuff, for me it doesn’t make any sense, however it could be fun to show some of the area where you’re walking, a beautiful sunset or a bike trail etc. I always think people that watch have to “get something out of it”, but again that’s me. The big thing for me however is educational and I see HUGE potential for Periscope there for me.

When we normally create a video webpodcast we have to film it, edit it, put the header in front, put the end credits in there, render it, upload it to YouTube, create a custom tumbnail etc.
Why?
Well people expect good quality.
And this is, believe it or not, where I think the power of Periscope lies for a lot of new and exciting stuff.

Imaging being able to quickly see something through the viewfinder of my camera, a quick glance at the light setup, a quick view of a new product, a quick tip while in the studio or on location, etc. etc. You see me using the term “quick” a lot, and that’s for a reason. Some tips or product reviews I would never create within one of our videowebpodcasts for the very simple reason they are not THAT interesting to spend 1-2 hours on, or they simply are not long enough to spend the same time on, but with Periscope we have something really cool… we don’t HAVE to. People watching Periscope know it’s been filmed with your iPhone so they accept the quality issues, they know it can be short or long etc. so the barrier to create something has now actually been 100% removed and this… well makes me incredibly enthusiastic about Periscope.

Is it perfect?
Are you crazy?
Has something ever been perfect?
Periscope is cool and hip but there is A LOT that can be improved, so let’s see what I would love to see added.

1. Friends
When new friends add you that’s cool, but some of them you also would like to follow back. Now when it’s all real friends that’s no problem at all, just add everyone back. But for some people (myself included) this is not reality, before you know it you have a huge list of friends and with Periscope I’ve totally lost track already, and we are at the start of it all. The reason is very simple, Periscope puts everything in alphabetical order, sounds awesome but it makes it impossible to see who added you lately. I would love to see an option to have two lists… one with new followers and one with the normal view. This way I can see if a “real life” friend added me and I can add him/her back or if it’s someone interested in my work and I can choose to follow him/her back or not. And don’t get me wrong I love everyone that shows interest in my work but I simply can’t follow everyone back.

2. Block the troll
Everything is recorded with Periscope, so also the comments, and we all know that sometimes there are people that REALLY are annoying.
At the moment there is no option (as far as I know) to block someone, this is REALLY needed.

3. Landscape mode
At the moment filming is forced into vertical mode, or as we sometimes call it “the cellphone filmers mode” and trust me that’s not a nice title 😀
I understand that sometimes you have to limit things but PLEASE make it possible to also film in landscape mode.

4. Upload to YouTube
I’ve created a playlist on my YouTube channel where I now upload my Periscope and iPhone videos, but it would be cool if Periscope would do this automatically as an option.

Conclusion
People love to see what you’re doing, and most of all people love to show what they are doing, apps like Meerkat and Periscope both give you options for this. I never used Meerkat so I can’t compare the two, what I do know is that I love Periscope, the interaction with people, the flying hearts, the idea of being able to go live whenever you want etc. are all very tempting to start using this within my work. For the moment I will be showing small tips, BTS clips and probably some of the areas we visit. All videos I will upload later to my YouTube channel where you can find them and watch via for example your TV or projector (although the quality… well is ok but not great).

If you want to follow me on Periscope make sure to search for my name “Frank Doorhof” and start following me.
Any ideas?
Feel free to add.

Some new polaroids
The DOORhof is always open Ep15 the Elinchrom edition
Video session Rianne
Quite Frankly : Photography tips
Sometimes a mistake can be cool
Tonality from MacPhun video

Some workshops results from Bertrie