In this video, Frank tells you all about Click Prop Backdrops.

Recently we became the distributor for the Netherlands for this handmake UK brand. Amazing backdrops in different styles and sizes. And now you can buy a signature series of backdrops of Frank Doorhofs studio! It’s called project F and available in many sizes. Check out our Facebook (StudioFD) to see which backgrounds Frank picked to shoot and see our store to buy the signature backdrops: https://store.frankdoorhof.com/backdrops

If you live outside the Netherlands, contact us and we’ll make sure you’ll get your favourite Frank Doorhof backdrop too.

For some cool discounts on my favorite plugins check www.frankdoorhof.com/discount

To get presets for these plugins without breaking the bank check www.frankdoorhof.com/presets

See my gear guide (and buy it) via https://frankdoorhof.com/gear

You guys have been asking a lot about me playing guitar so for the holidays I decided to for one time show you something different.

Now a little bit of background is needed for this.
In my youth I was a very active guitar player, you could say I lived and breath guitar and music and played in a band called royalty.

Also my first company was actually a recording studio which I was a CO owner off and my task was mostly mixing and recording bands. The name of the studio was based on my band and was called royalty street studios.

I always loved working in the studio with mic setups and effects. The more creative stuff. Now in that time everything was of course analogue and on tape.

But as time passed some things come to an end. And so did my music career (which never really was a career)

During a recent Photoshop world Scott Kelby had one very simple message for me… tomorrow you play with us… “uh excuse me” but as most things go…. no is no answer. And remember an important life lesson…. falling down is no failure, but staying down is.

So I borrowed a beautiful PRS from Scott, practiced a few minutes in his room with Rick Sammon and the next evening, let’s not give the whole story but Scott got his guitar back with some of my DNA (blood), yep playing guitar is something that hurts like hell if you haven’t done it for over 17 years.

But I loved it and it took maybe 2-3 months before I decided, let’s get everything from the attic, buy some new gear and let’s build a small home studio just for fun. And man it’s fun. And I’m still stunned by what’s possible now with PC’s/macs for studio work. When we did a punch in it was a lot of timing and a bit of luck and when I made a mistake with mic placements it was a disaster to solve this. Now a days you just zoom in and move the waveforms. …… It’s fricking awesome. But most of all…. All the gear I used in the studio is now digital and instead of having to route all tracks through one reverb (because we only had two) is not necessary anymore. Whatever effect you want…. Add 3 or 4 or whatever per track. This would be impossible in a normal studio without breaking the bank .

Today for the first time ever you guys are going to hear something I recorded this week. Now before I get a “that sucks”, do remember that I’m still not at my old level, some things are ok and even better, some things just frustrate the heck out of me that I still can’t do it. But that being said I hope you guys appreciate it and listen to it without being too harsh.

All instruments are played by me, although drums are out of an amazing plugin called EZ drummer. So enjoy Fluid Dreams or in short… me looking for some melody and messing around behind the desk 😀

Many many thanks to my buddies Scott Kelby , Rick Sammon, Mark Heaps, Sam Haddix for pushing me forward and not letting me take a fall on stage 😀 you guys Rock.

All guitars are a jem777 1992 model. Without a doubt my favorite guitar, hope you guys appreciate it. 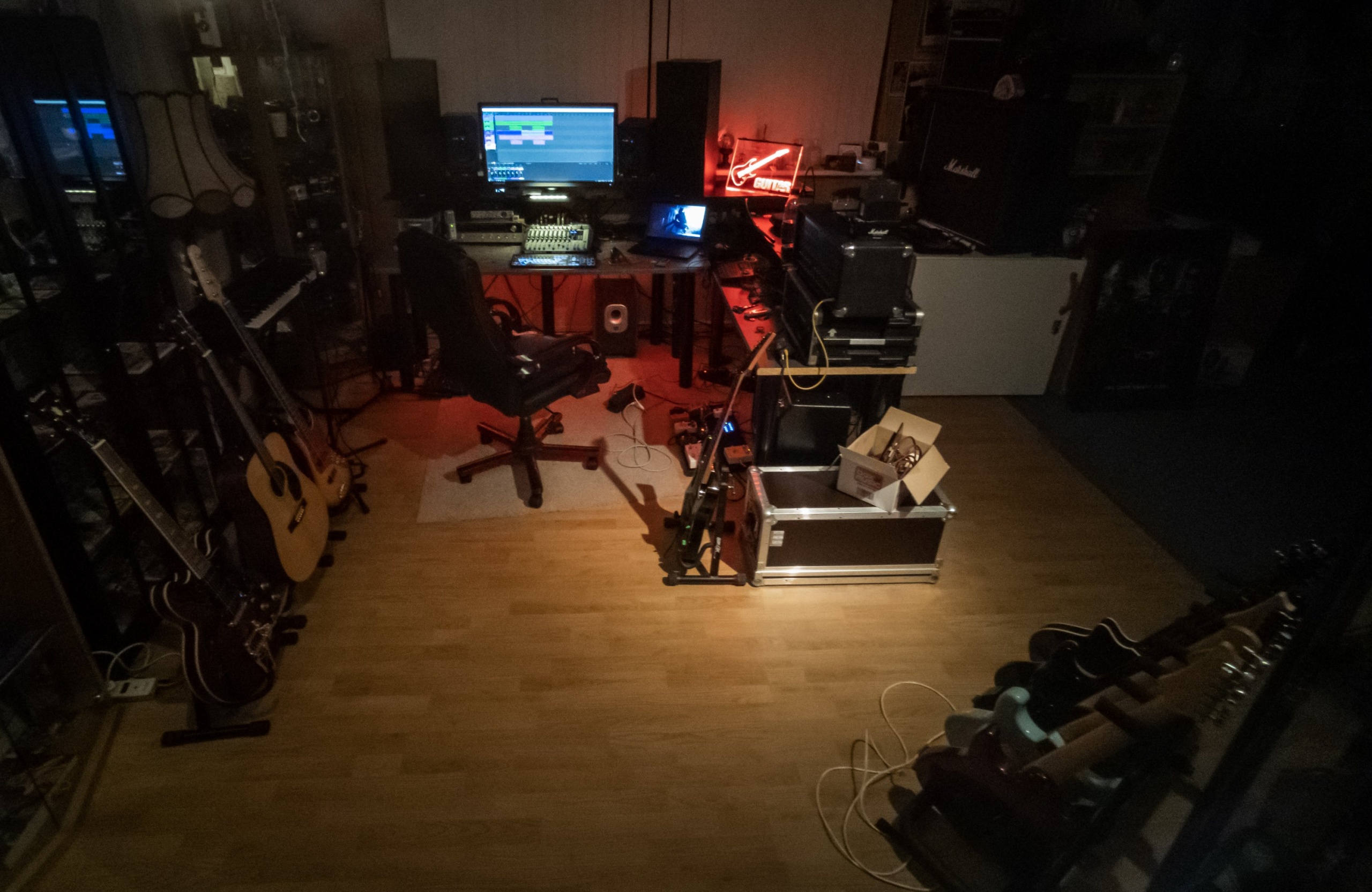 We all need some creativity for photography. And sometimes we need a little boost or help when we want to be extra motivated.

For me I love using lenses like the #lensbaby or old glass like Jenna, takamur etc for their unique qualities or what some would call faults like lensflares like this
I’m using my fingers to block the light and get that cool beam of light.

These lenses pushes your creativity to the max and always inspire.