I’ve been using the Phottix system for a few years now and absolutely love it and can HIGHLY recommend it.
It gives me great pleasure to announce a totally new Odin II TTL flash trigger which Phottix has announced today.

Introduced at Photokina 2014, there is no flash triggering system that is more anticipated than the Odin II. It is the result of operational requests from the thousands of happy Odin users who love their TTL flash systems and want even more. Phottix is delivering on all of its promises. And then some.

Unrivalled Control and Streamlined User Interface
The Odin II Transmitter gives photographers more control than they have ever experienced; control that is direct, logical, and fast.

Each of the 5 Groups has its own quick-access button. Changes are made by turning a large, perfectly-placed, control dial. Pick the light. Make the change. Lock it in. Shoot. A large, illuminated LCD panel shows all settings at a glance. Control five lights or groups of lights, in TTL Auto or Manual. Switch a Group OFF and its display line disappears from the screen. Displaying only active groups assures an easier and simpler viewing experience.

A range of custom functions including switching ON/OFF of audible beep, screen illumination, and AF Illuminator function allows customizing the Odin II for any application.

A complete “Anything Goes” Ecosystem
The Odin II system is compatible with the original Odin system, Phottix Mitros+ speedlights, the award-winning Indra360 and Indra500 TTL Studio lights, Strato, Strato II receivers, and Atlas II in receiver mode. Firmware upgrades for the Phottix Mitros+ and Indra360/500 will soon be available to take advantage of the new features of the Odin II.

The Phottix Lighting System offers solutions for every shooter. Hot Shoe flash minimalists can use the Odin II and the Mitros+. Photographers needing to overpower the sun can use the Phottix Indra, the Odin II and High Speed Sync features. Or these products can be combined creating the perfect lighting solution for challenging environments. 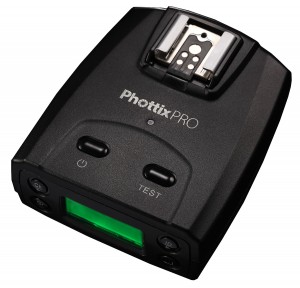 The Odin II for Canon will be available in the United States, United Kingdom, Germany, France and United Arab Emirates in early February with availability in other countries throughout February and March. The Odin II for Nikon will be available a few weeks later. The Odin for Sony will be introduced in late spring. Contact your Phottix Representative for pricing and pre-orders.

You know I love light meters right?
Well I’ve been testing a new Sekonic for a while now and can tell you that’s it the “perfect” meter for all you Elinchrom users out there.
It doesn’t include a 1 degree spot meter (for that you still need to get the 758) but for the rest it’s one cool meter.

The new models of L-478DR-EL Series and L-478DR-PX Series, developed with cooperation of Elinchrom in Switzerland and Phottix in Hong Kong, offer wireless triggering and power control of Elinchrom flash units and triggering of flashes and radio triggers using the Phottix Strato II protocol, respectively.

Both use Sekonic’s breakthrough DTS (Data Transfer Software) system that automates meter calibration to the camera-in-use and expanded Cine features that put these meters in a class of their own. Each meter features a distinctive, signature-color rubber surround and name badge for the flash brand it controls.

Flash Triggering with Phottix Strato II Protocolproducts
The L-478DR-PX flash control screen allows selection of a single group or a combination of groups for flash brightness measurement. The F-number value for the light being measured appears in a central area on the screen as well as over respective group selection button.

The measured value for each group is maintained as a visual record of the brightness-difference of the lights in use so that lighting ratios can be easily determined. The L-478DR-PX group selection and triggering is compatible with Phottix flashes and radios that are compatible with the Phottix Strato II protocol. This includes flashes connected to the Strato and Strato II receivers and the Atlas II transceivers. Compatible Phottix flashes include the Indra360, Indra500 and Mitros+ series flashes designed for use with Canon, Nikon and Sony cameras. For more information about Phottix products, see www.phottix.com.

We all have favorite places to shoot, some love landscapes, some architecture, for me it’s streets, rundown areas, decay etc. somehow the structures and the lines really have a draw on me.

When visiting the UK (or other countries with a long history) I also can’t resist to try to visit at least one very old church. Not just for the church but also for the graveyards, of course we always are careful and full of respect but that aside, these places are just awesome to shoot. I love the drama when converting them to black and white, but in some cases I also love the color versions with a slight desaturation.
Play around with low angles, and wide angles and you can get some interesting shots.
Today some images of a very quick visit to an old church we did during our stay at the Isle of Wight. 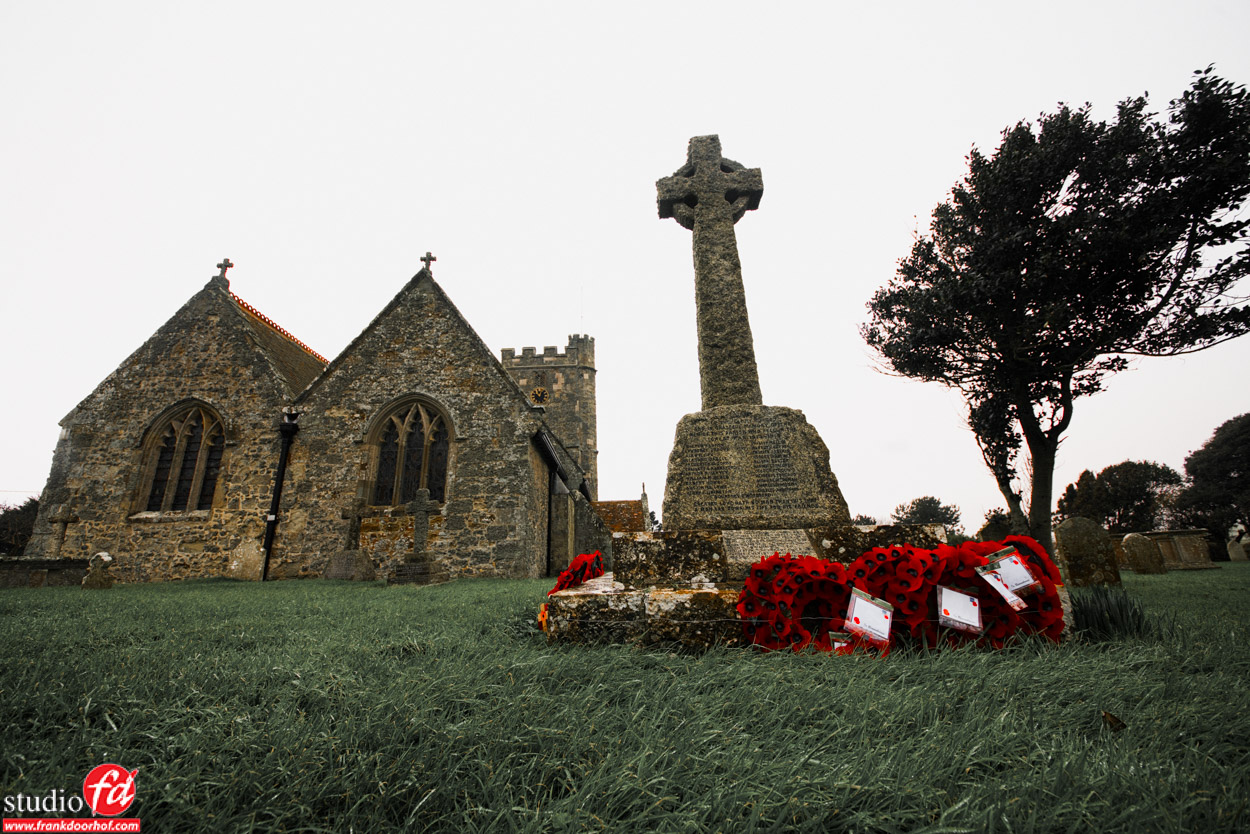 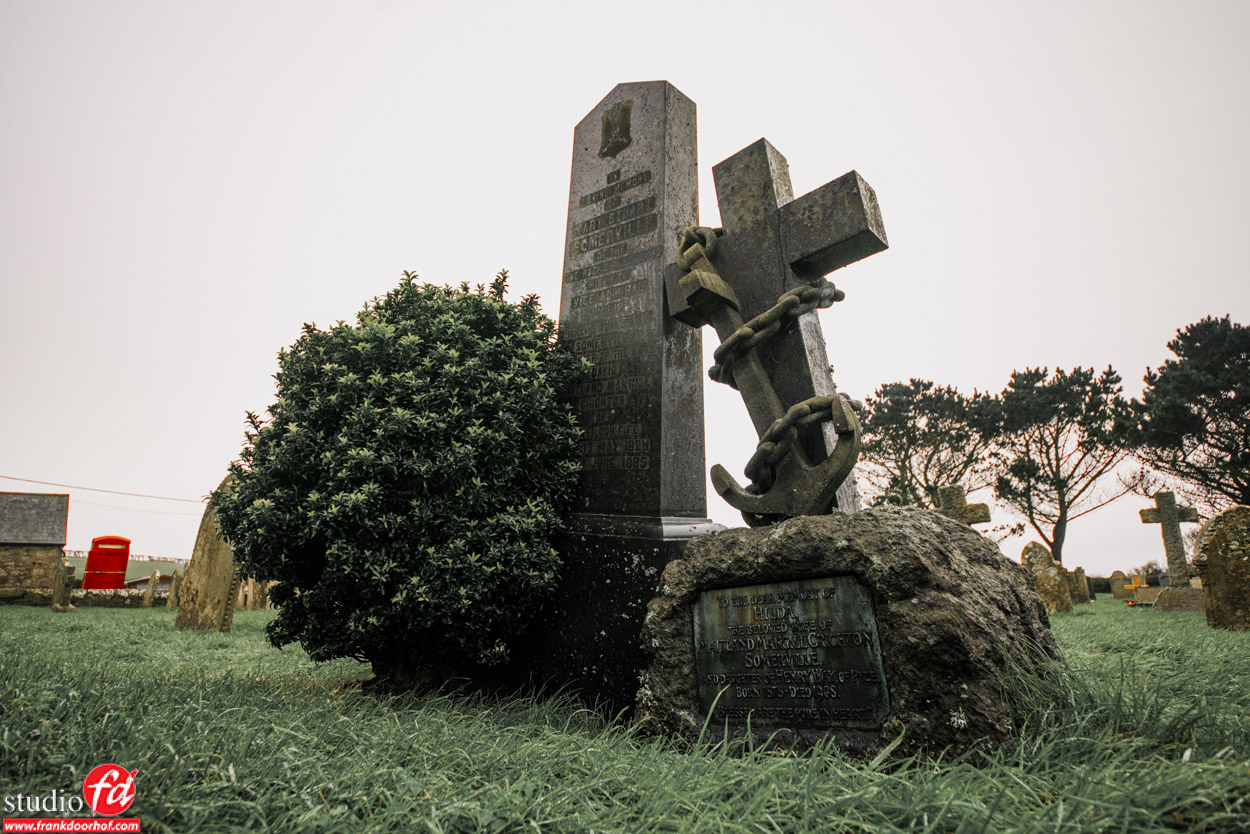 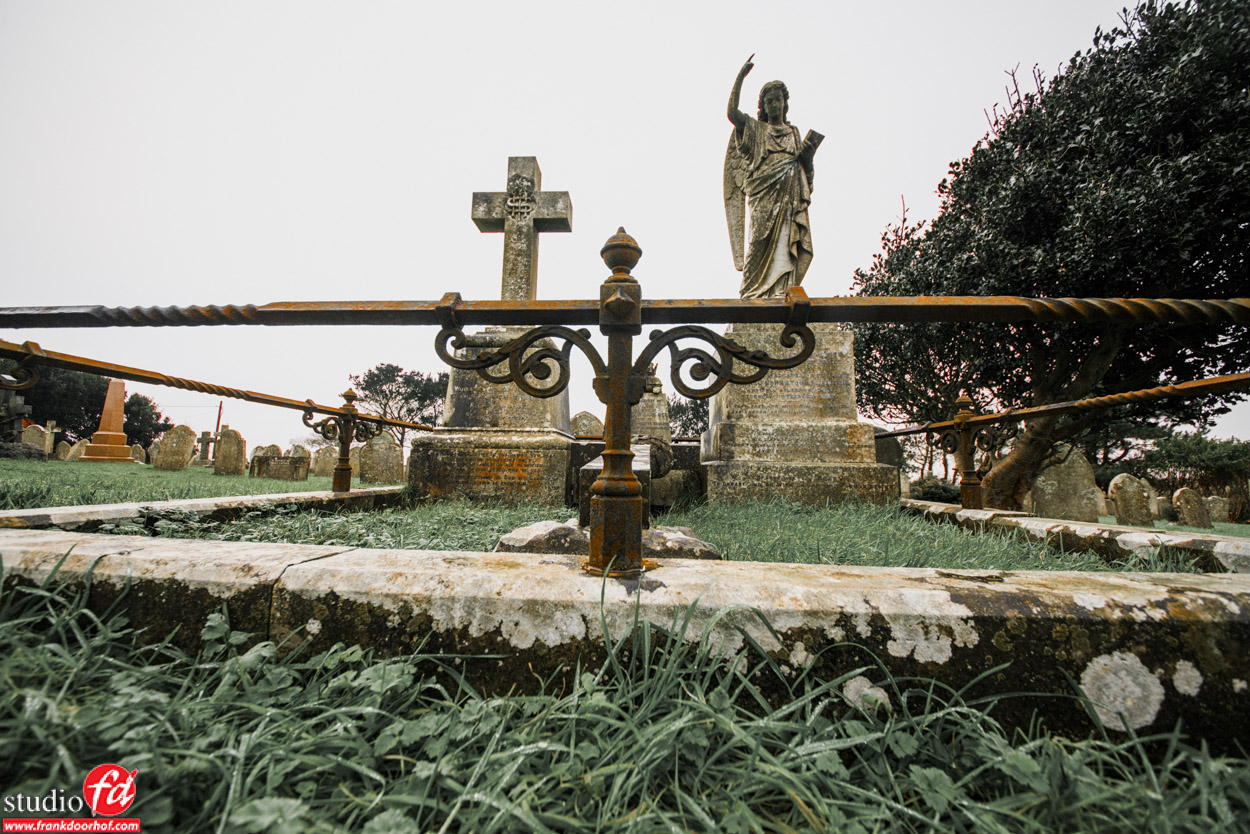 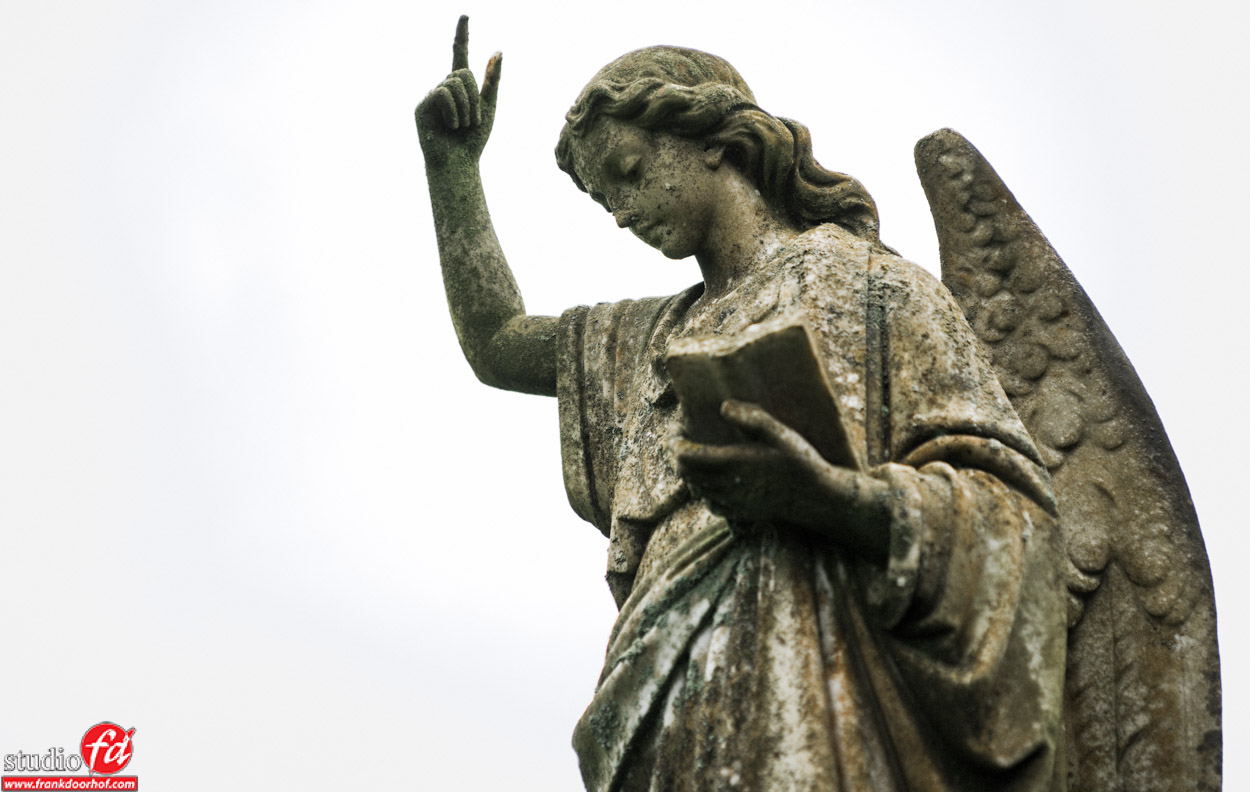 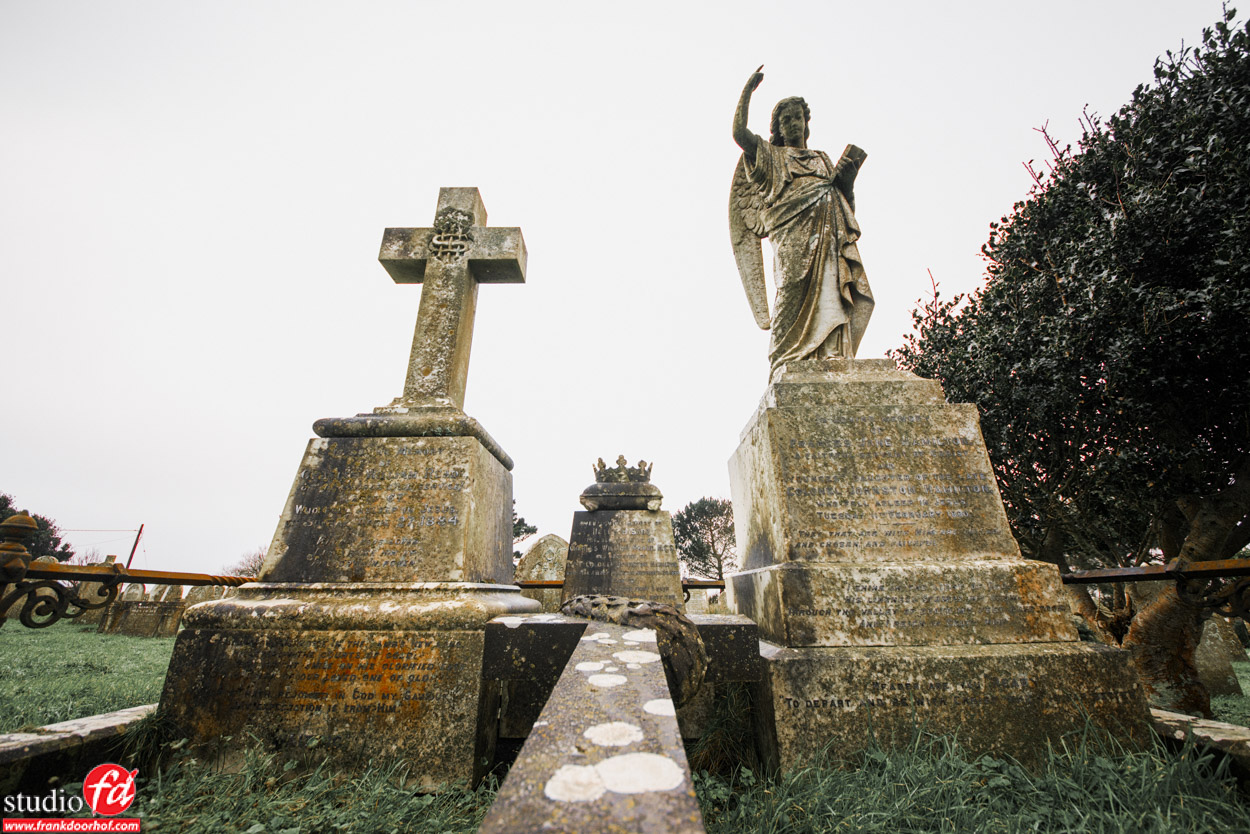