A lot of people have asked me about my ideas on the Elinchrom LiteMotiv.
I won’t make a review on this modifier for the simple reason…what’s there to tell you guys except how it looks and let’s be honest you can see that online right?

What I will tell you, and show you is some of the samples I made with it and what it can do.

In this sample I placed our model Manon straight between our custom background which was placed in a very sharp V shape.
The only light used was the LiteMotiv 1.50 direct without any diffusion material. Retouch was done in Photoshop with mostly just adding some MacPhun Intensify (and a very slight vignette).

What I like about the LiteMotiv can be clearly seen in this shot.
The light quality is different from a large softbox, it has more “pop” or “bite” as I love to call it. And because the box is almost round you can even play with some awesome vignetting when you feather the light (something I did not do here). 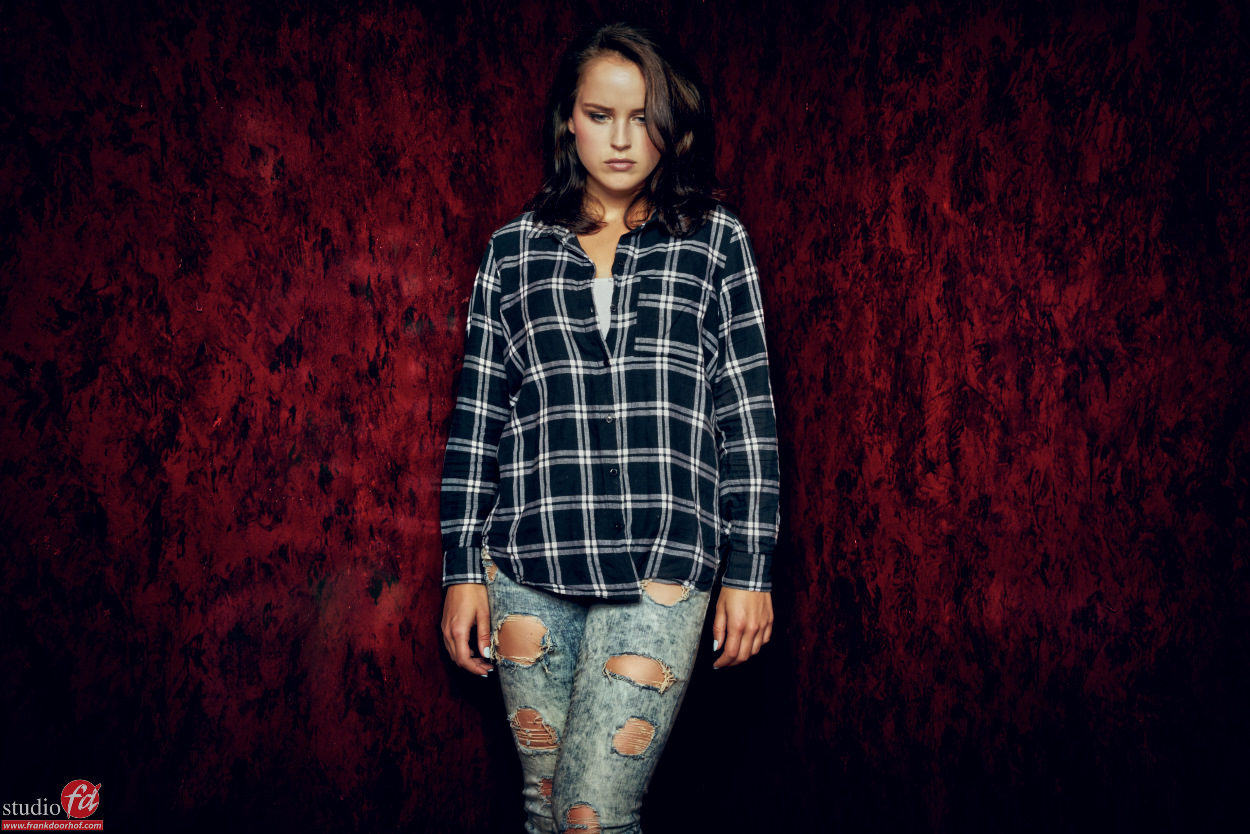 During the workshops I sometimes pick up the Westcott Icelight to show the attendees what you can do with a direct light source.
Grabbing the attention of the viewer with light is often one of the most misunderstood but most powerful options we as photographers have, using a portable light source is a great learning tool for this, especially with the connected barndoors of course 😀

Today some of the results from that part of the workshop :
Model : Manon 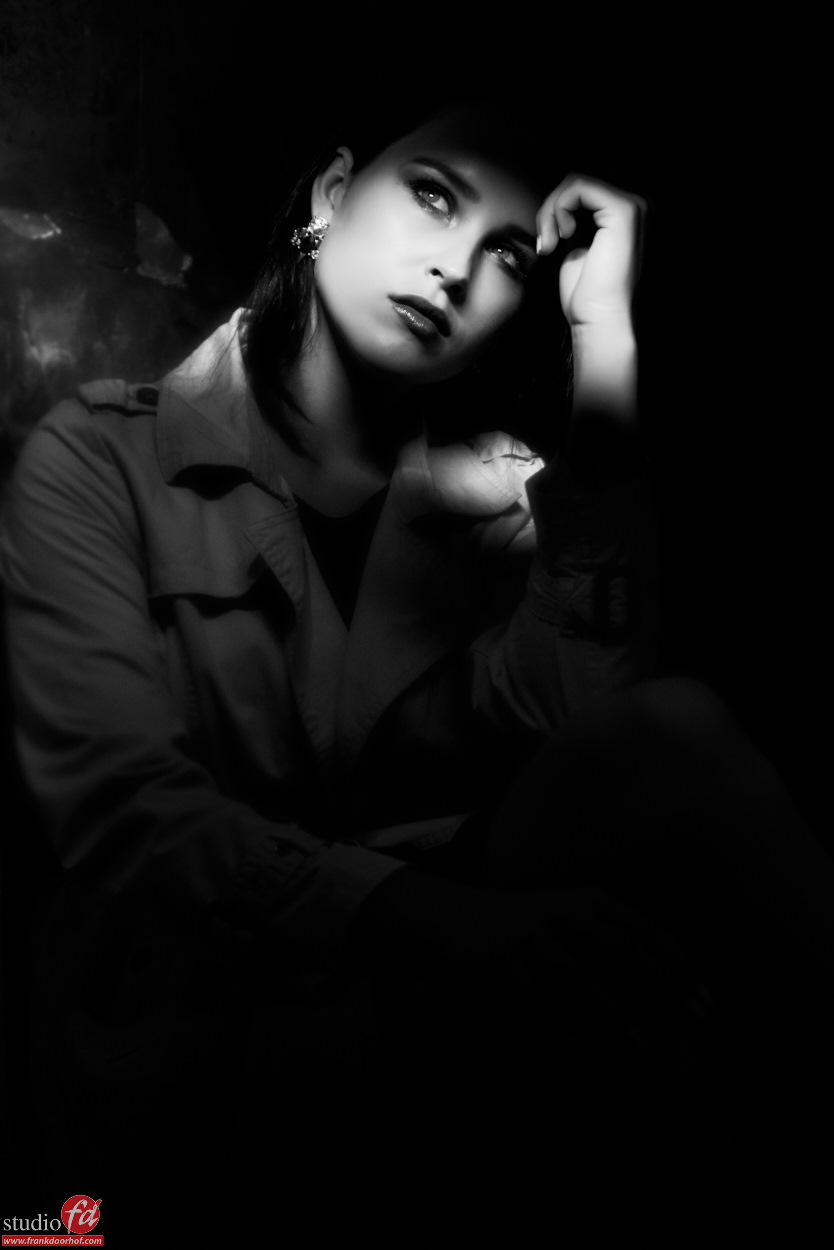 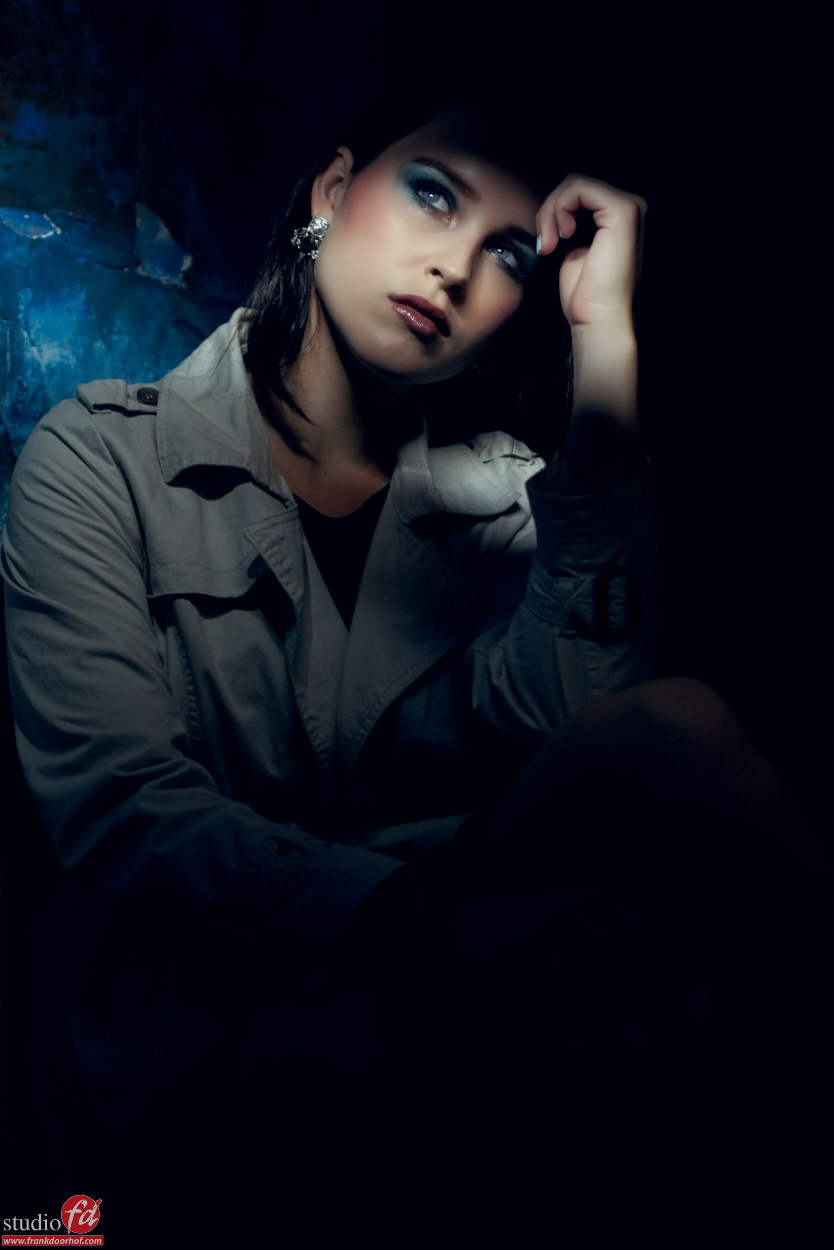 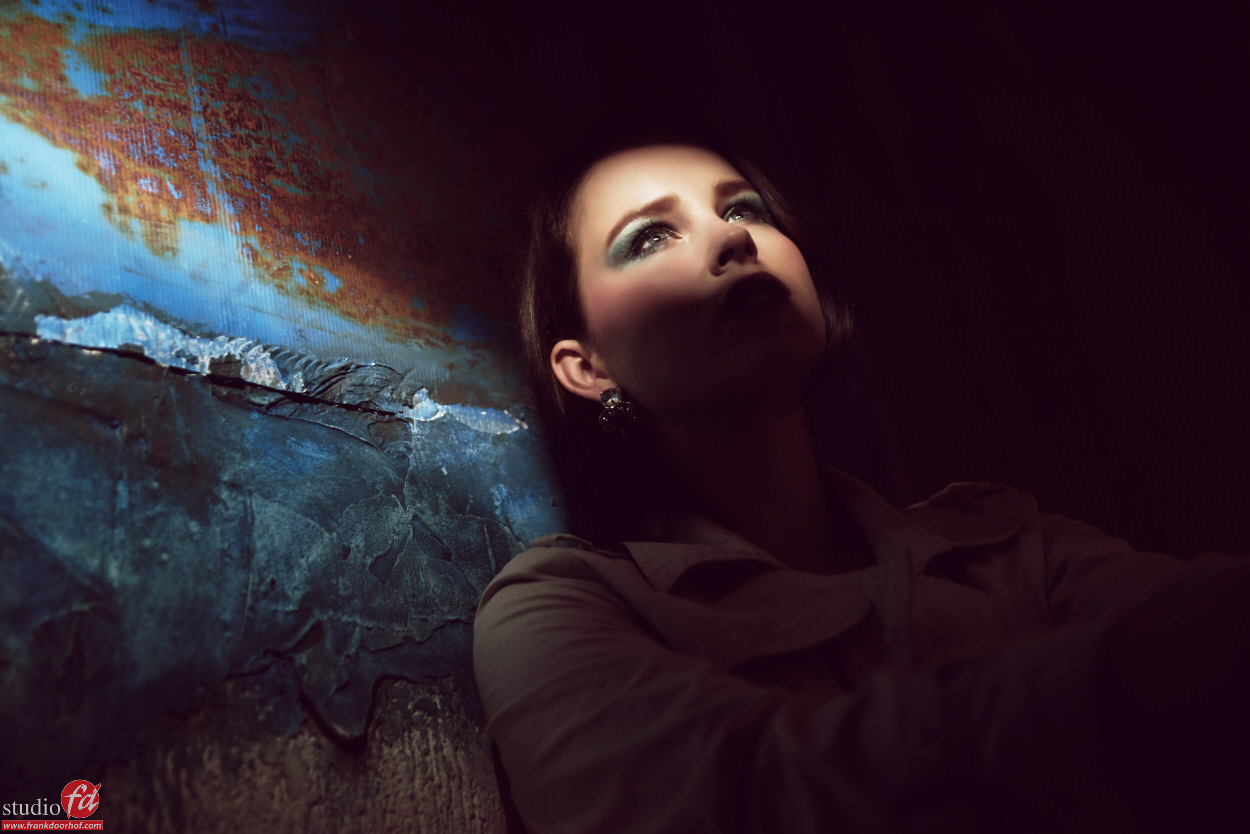 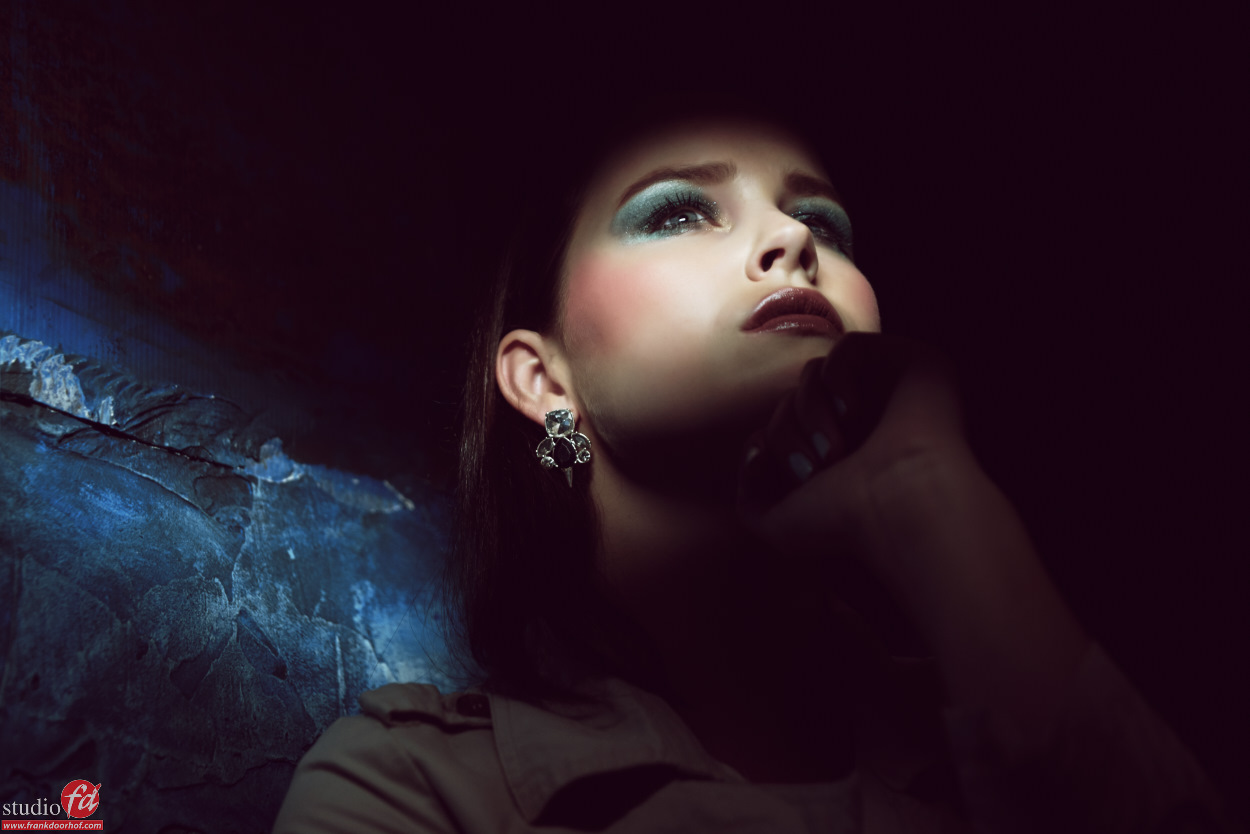 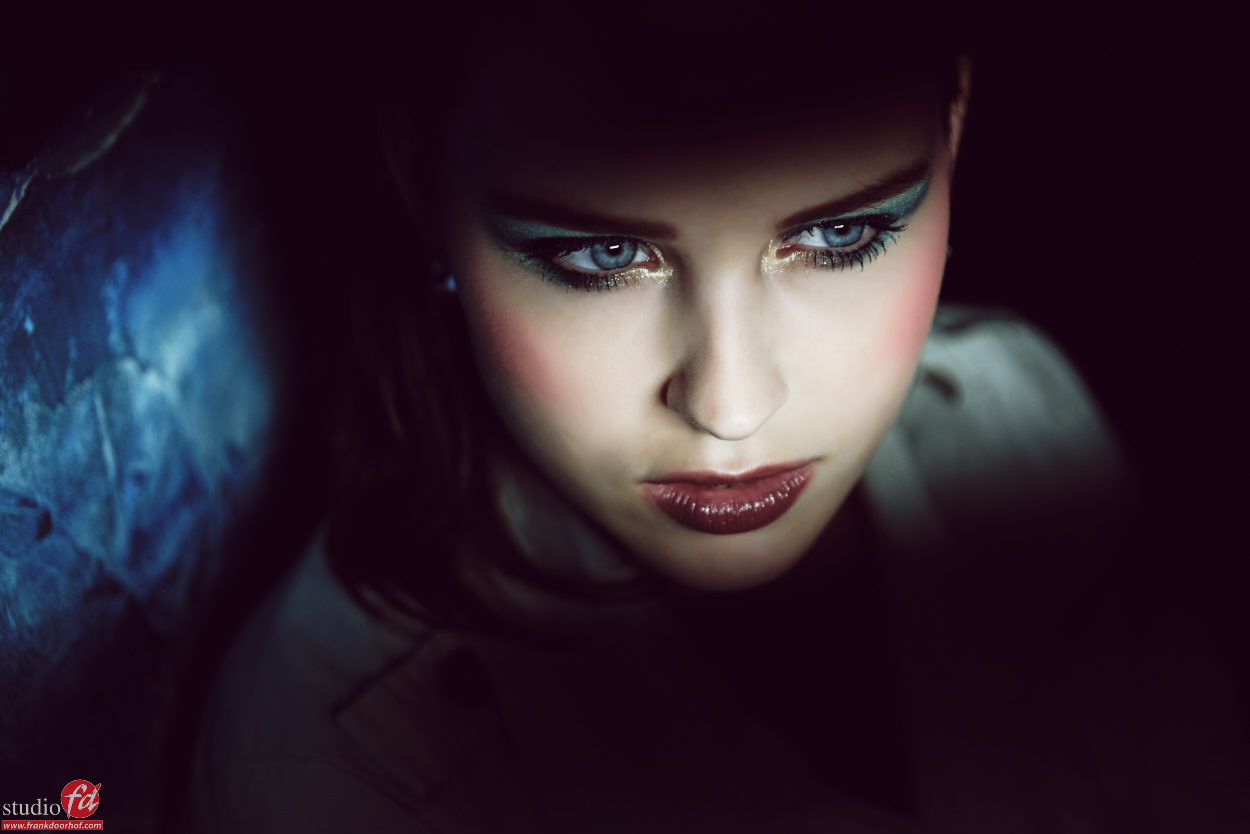 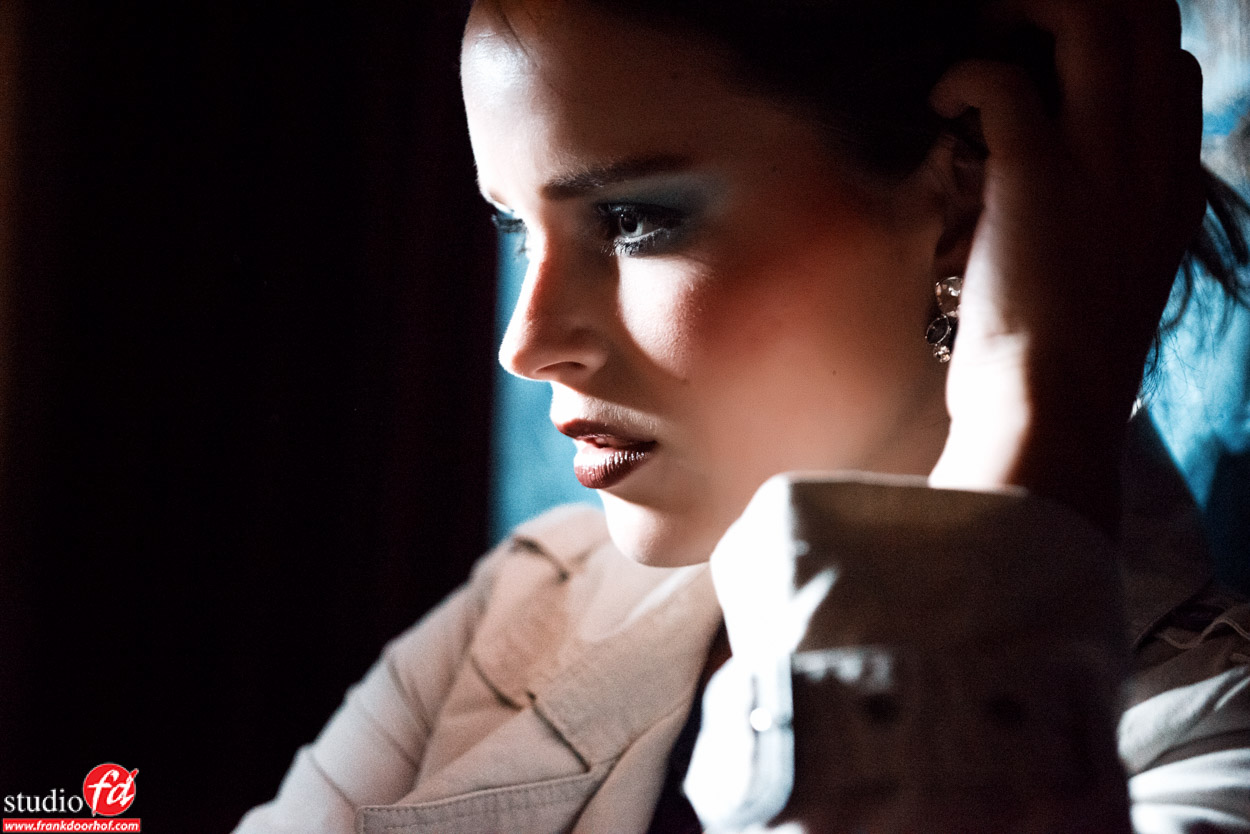 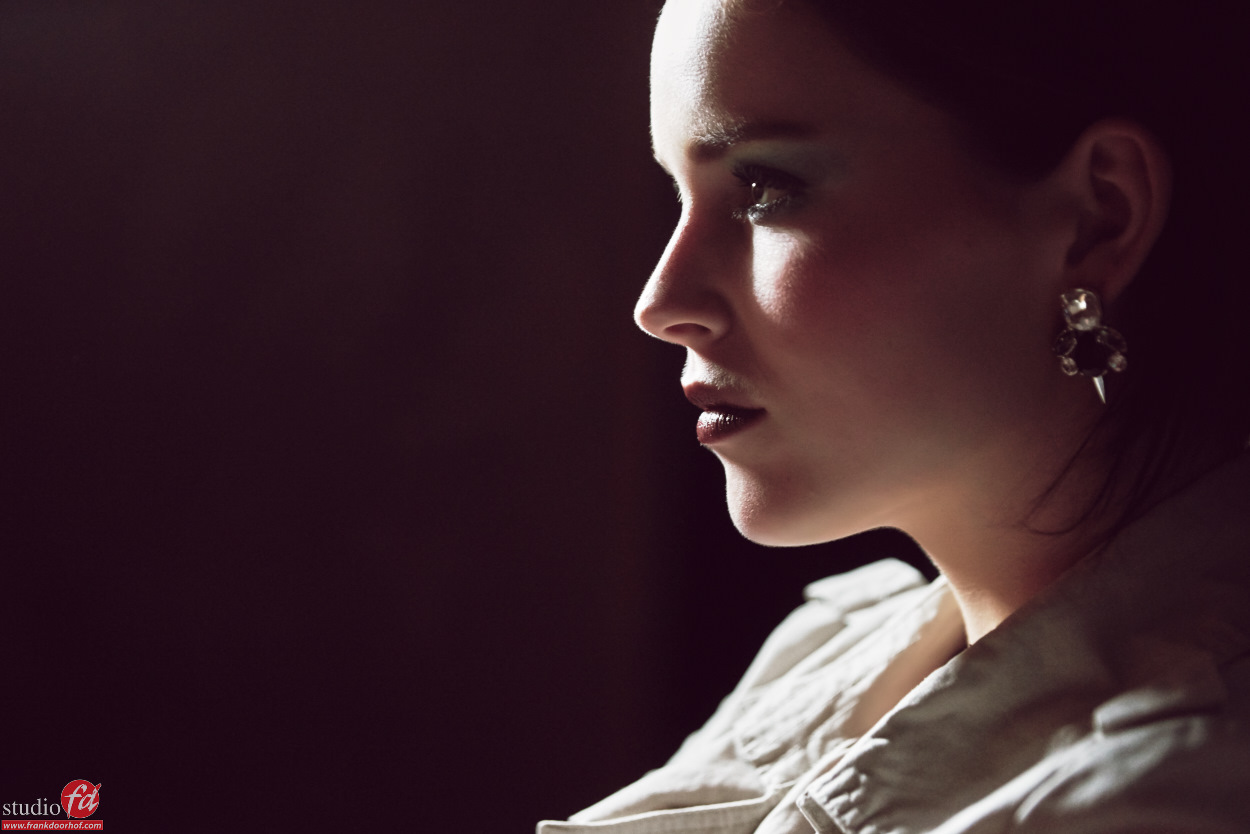 Mostly however it also was the frustrating game of Tetris you have to play everyday with the gear and clothing because let’s be honest, you can’t leave it in the car. And finally the time it all took (not to talk about the costs), most hotels aren’t close to the locations we shoot so we lost a lot of times per day traveling from the hotel to the locations etc. (unless of course you want to pay top prices for hotels).

So we came up with the idea to buy a “large enough” RV to cut down not only on travel times but also on costs (although the investment will take some time to earn back of course). We started with an older type to test the waters and believe it or not we were hooked, the freedom and the fact you have everything with you while traveling is just great. Now Annewiek can drive while I retouch and we are not “forced” into eating at restaurants any more, we can just prepare our own (more healthy) food. And as an added bonus we have fast internet and HD satellite on board (hey we need toys).

In the mean time we traded the first RV (the tester) for a newer model, a 2004 model Knaus which has all the options we thought we didn’t need but missed a lot during the test period. But what has this to do with photography and the blog you might ask… well actually a lot. Both Annewiek and I love to do travel photography and having the RV opens up so many new doors for us we normally never had, for example… when we travelled by plane and car we only had time to do the tours/workshops and that’s it, we were never able to book a trip to go somewhere we wanted to see, there was always something that needed to be blocked in the agenda and in 90% of the cases that “thing” would of course become reality but in some cases it didn’t meaning I would have a hole in my agenda… try to fill that up in a few days and fitting the hole, that’s very difficult.  Thanks to the RV we can now in an instant turn the key and drive away for any period of time we want, being it 3 days or a week (or more). So we can now also concentrate a bit more on travel and street photography.

And this is how this new series has started.
As you know I love the more “story telling” images, the “weird”, the “different” etc.
Well when you stay in campgrounds it can be a pure eldorado of those…. cool characters, amazing RV’s, vehicles and …… well I don’t know how to call them…. let’s go for “At least you’re dry” kind of places. So I thought it might be cool to just shoot some images while staying in these grounds and see where the series lead. The idea is to also incorporate people, portraits, fun stuff, amazing stuff, bad stuff and much more…. let me put it this way… I’m there anyway so let’s entertain myself and you in the process.
I have to be honest that the idea started actually on the way back from Zeeland (the Netherlands) so I was not yet looking for images, still I shot some on the campground that I wanted to share, let’s call it the most simple begin of what hopefully will become an interesting series. 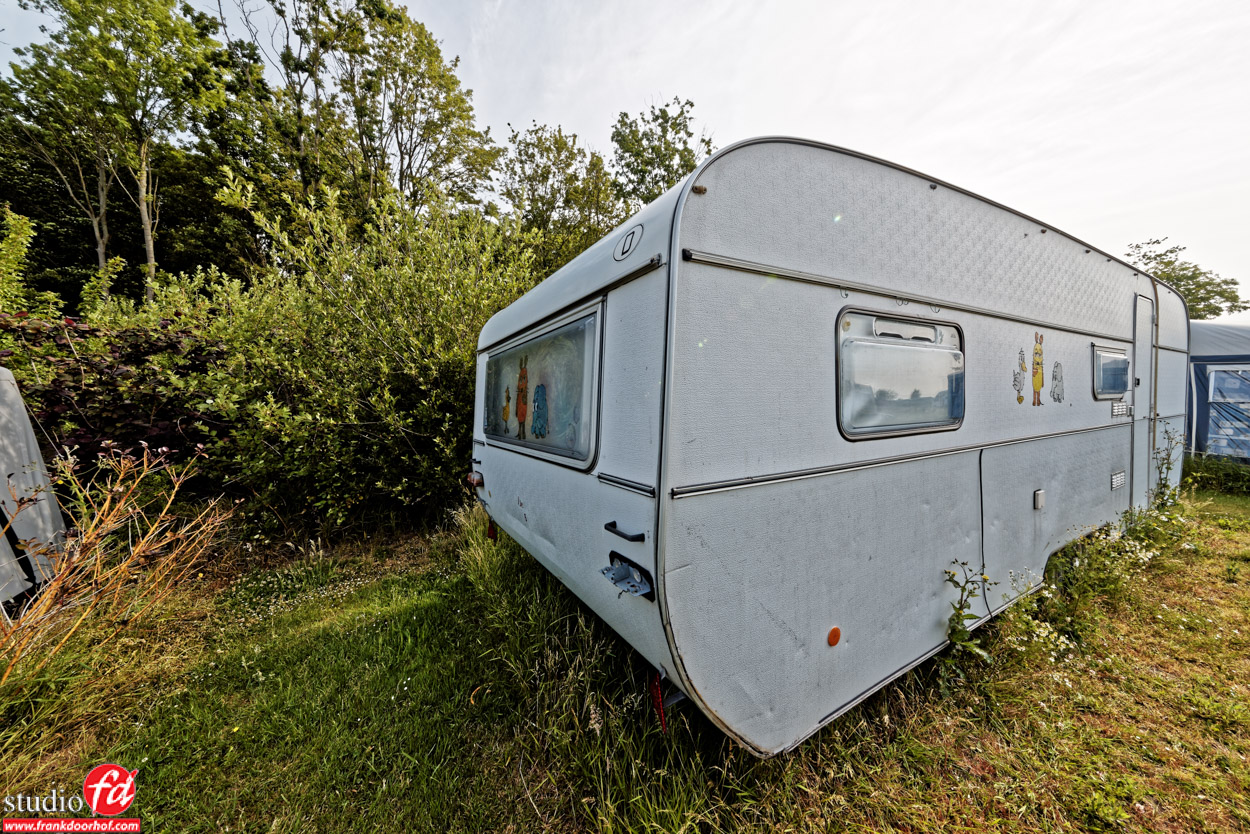 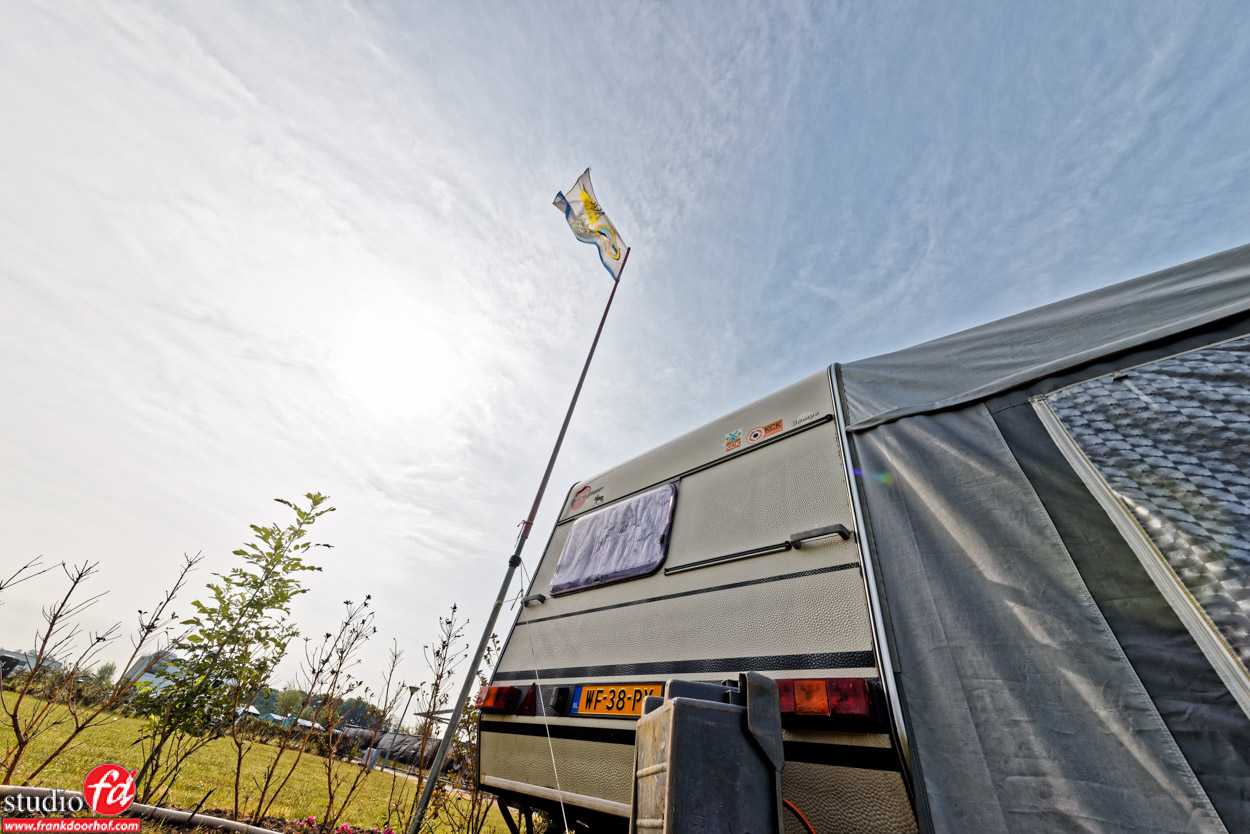 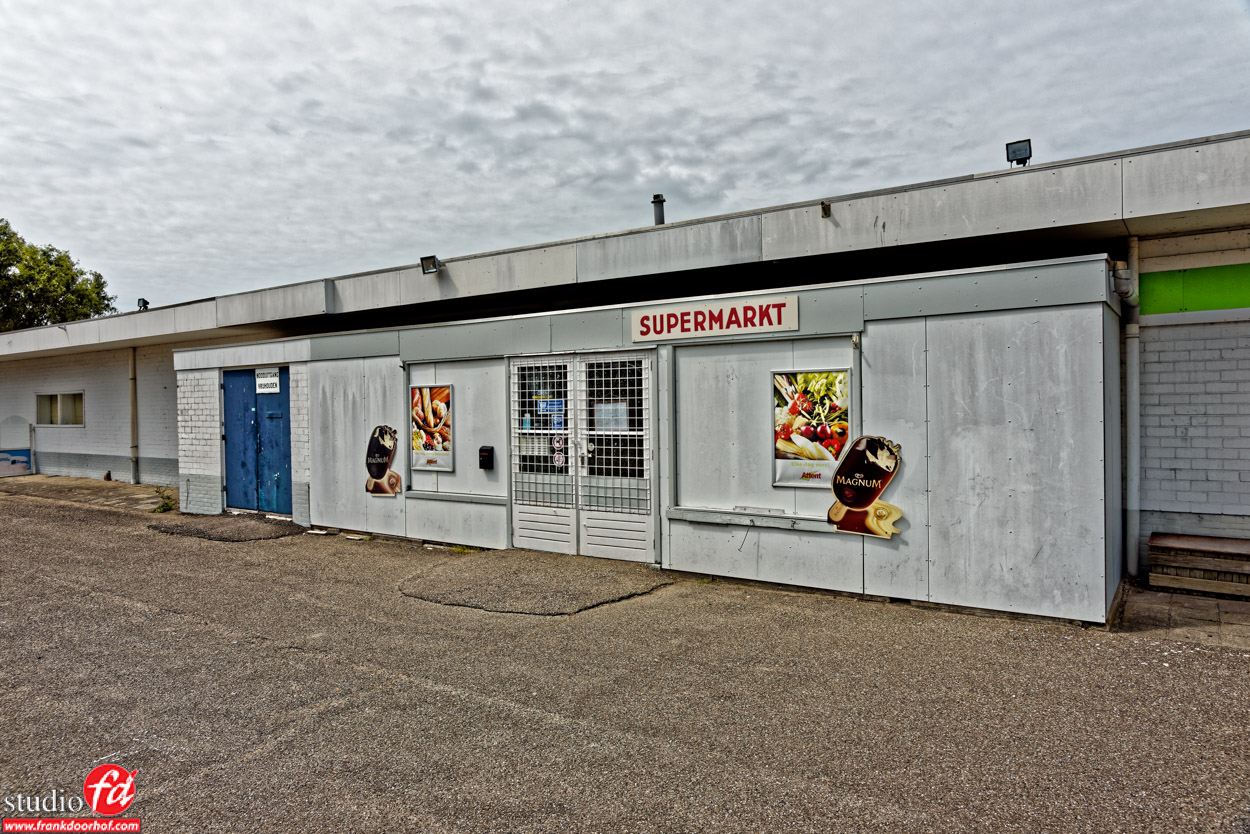 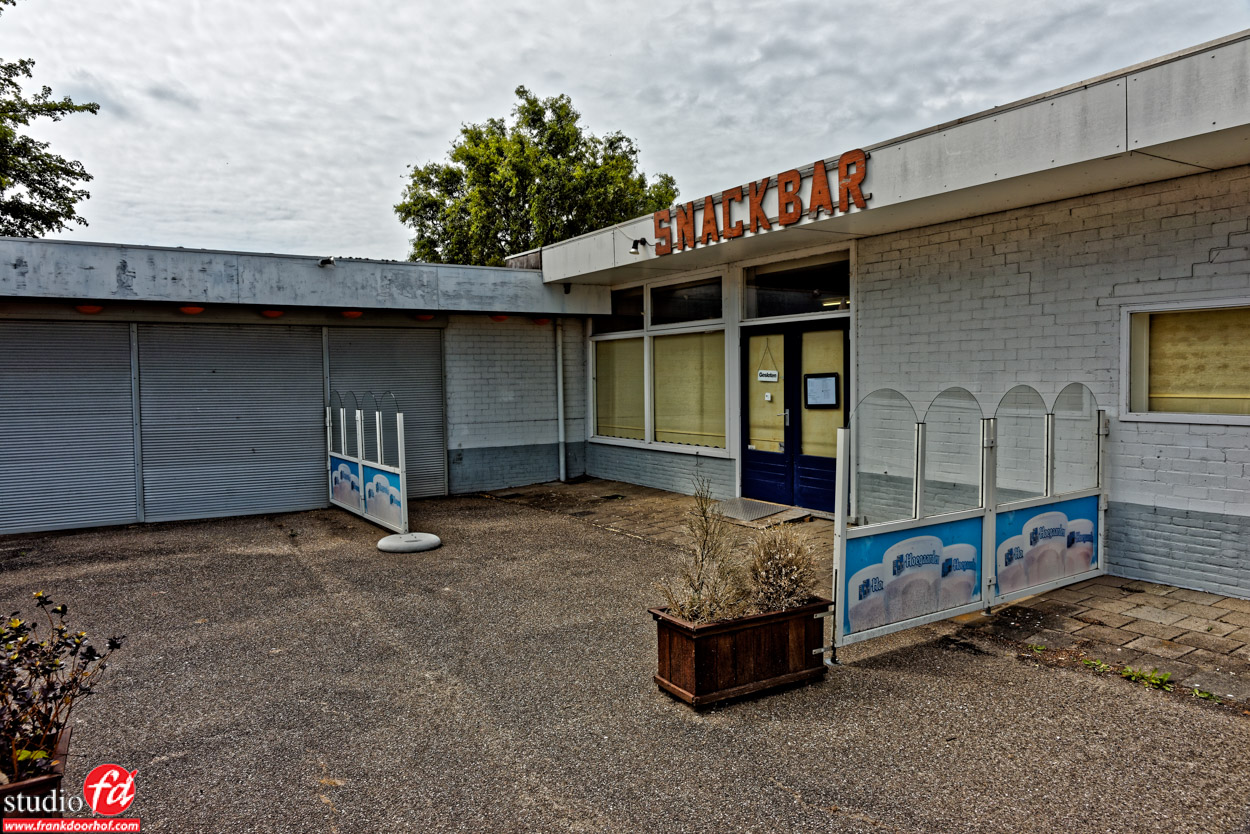 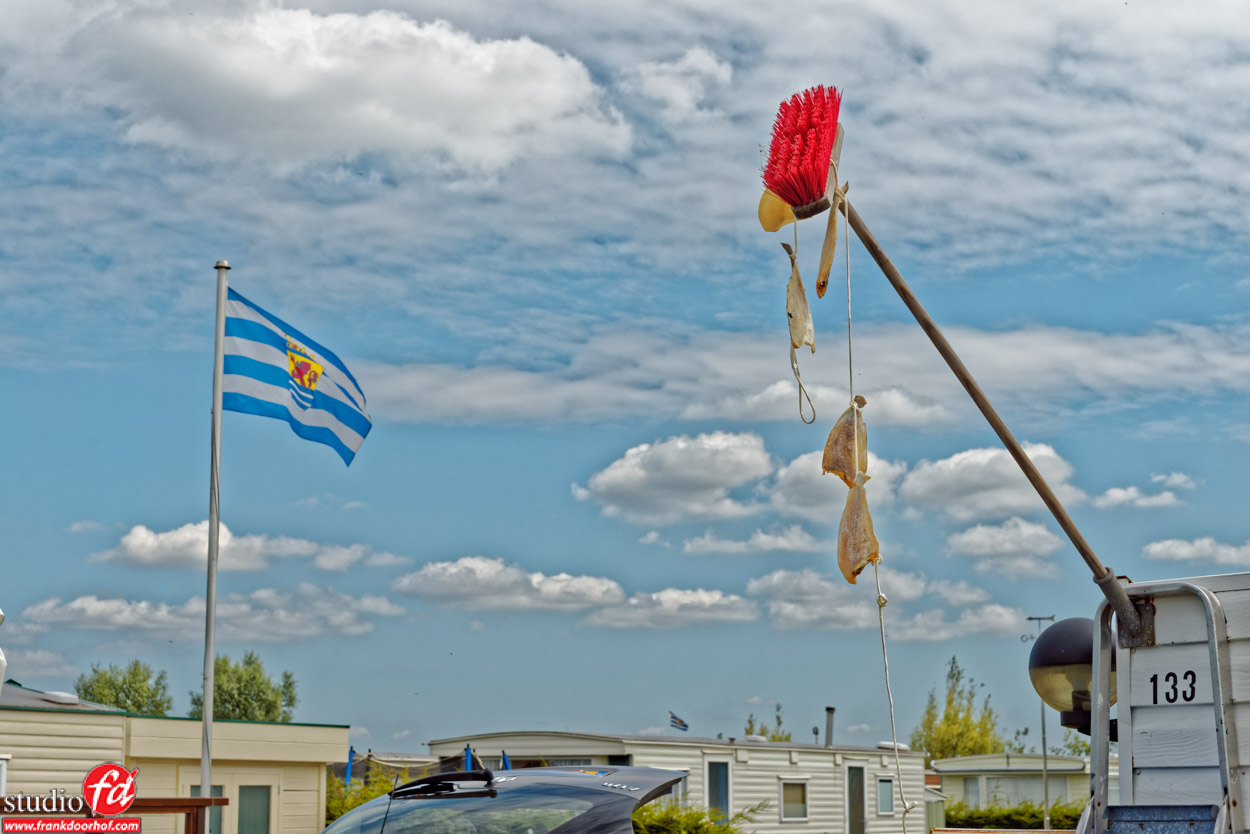 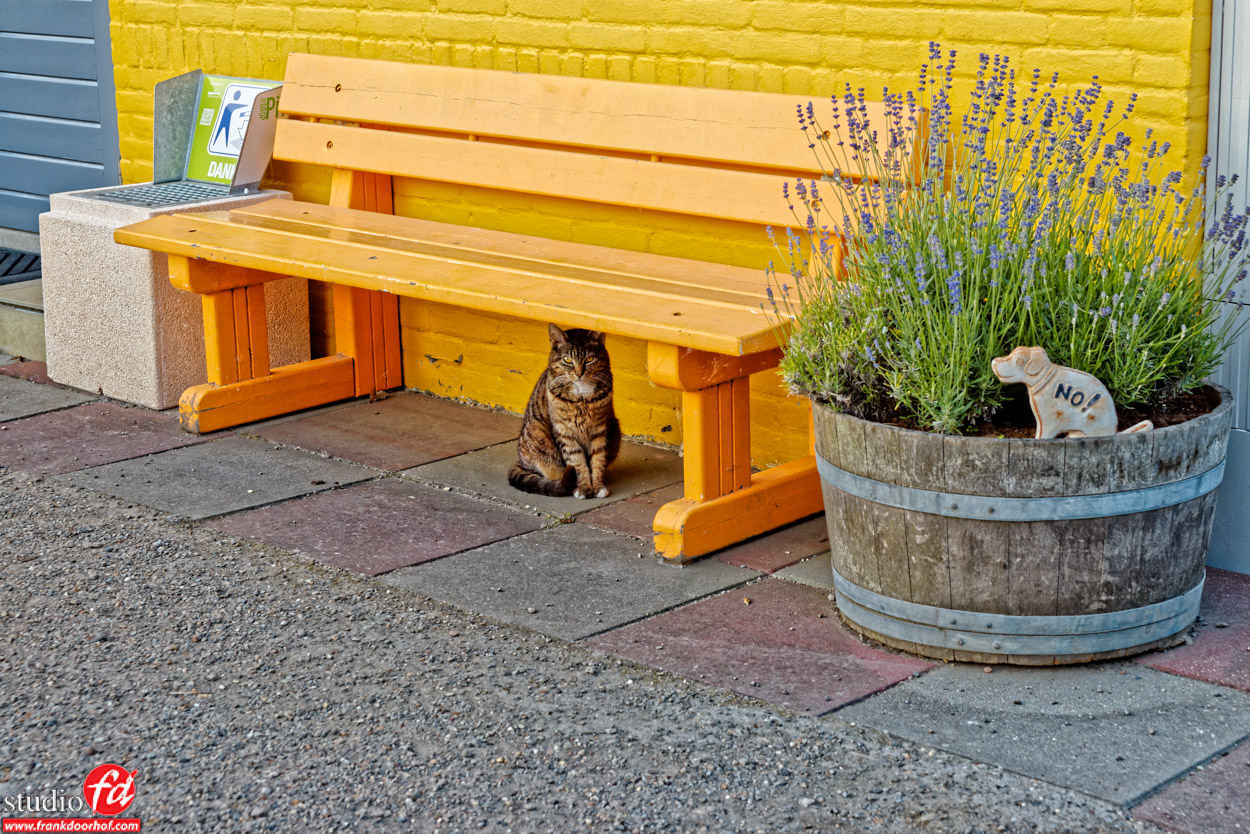 When you read the title you will actually probably think I’m comparing LEDs to Strobes….. sorry to disappoint you, it’s not that kind of post 😀

Last weekend we got our new LEDGO panels which we will be using for our videos and videowebpodcasts, when I saw them coming in during the workshop “creativity and styling” I thought it would be awesome to create something in which we combine the LEDGO panels with the strobes in the studio. The results I show today, but first I have to add something….

I had borrowed some led panels in the past and most of the times I was a bit disappointed with their operation and most of all light output. When the team from KelbyOne filmed here they brought some awesome panels that had a great light output so that triggered us to look at led panels again and after advice and help from our friends at CameraNu.nl we ended up with two amazing panels from LEDGO, and I have to say, this is exactly what we wanted. The panels are dim-able and have a selectable color output range ranging from 32K to 56K and they have a great light output. The shots you see here today were actually all shot with the panels as main light (F8 ISO100 on 1/60) and the Elinchrom strobes were only used to put some color in the scene and add the spot on the brand name (right panel), later I added a striplight to open up the bottom part of the dress just a bit. 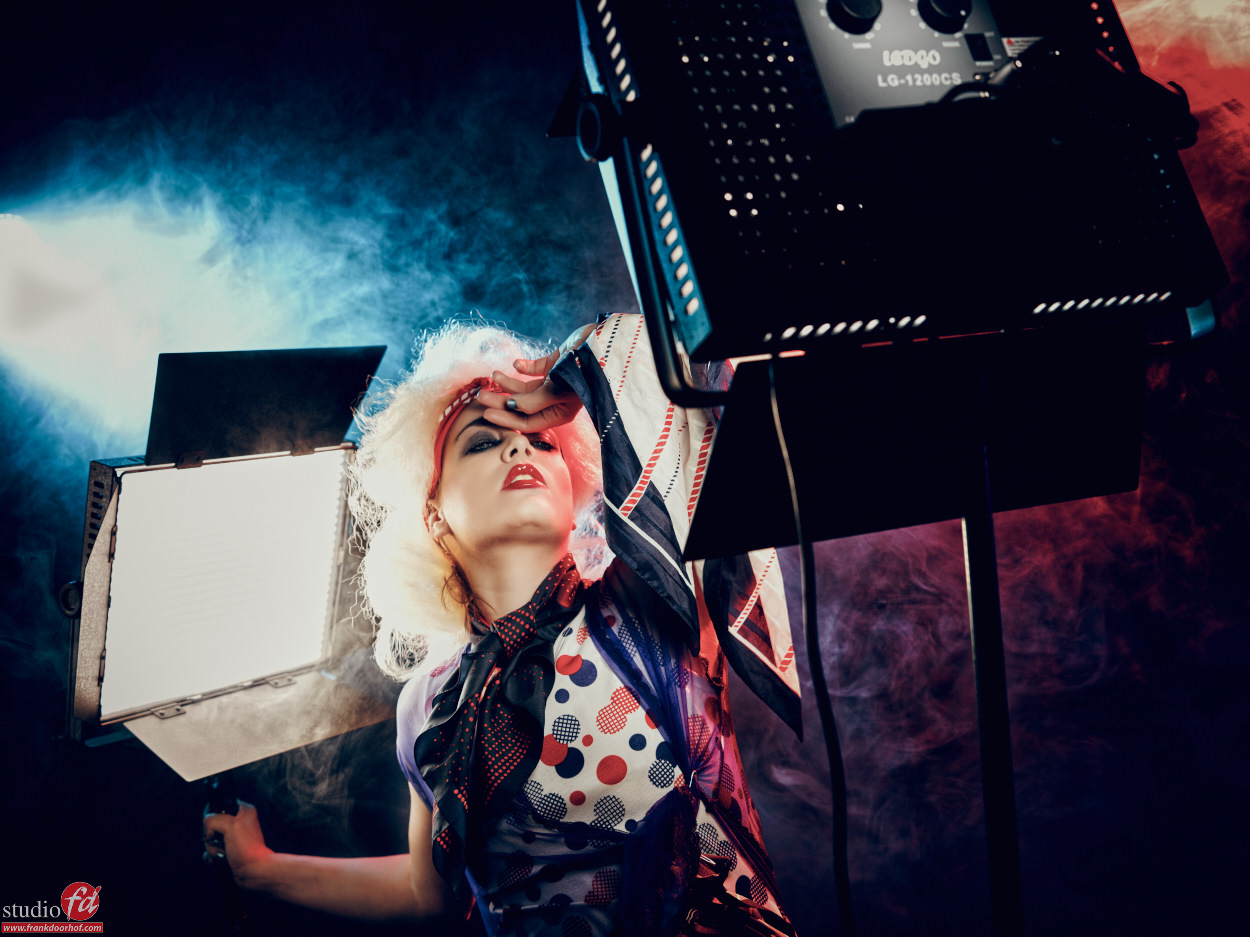