Ian I met a few years ago during one of the first workshops I taught in the states (Los Angeles to be exact), due to the fires both my models had to cancel and luckily my organizer knew Ian and thought he would know some models that could fill in the spots, and he did… so in fact he saved the day. During the second workshops in Los Angeles a year later Ian also helped out with the models and we became friends and stayed in contact via the internet. Both working with medium format and shooting people we always have something to chat about.

During my stay in Los Angeles this year I met up with Ian again and the beautiful model/actress Maria Bertrand (with which I did a shoot that same day in which Ian was assisting me with a flashlight from the iPhone :D), while we were having diner the idea came up to have Ian do a guestblog on my blog and of course he was willing to help me out, but what story…. (he has so many)… seeing that I’m a HUGE Def Leppard fan we eventually ended up with the story about his shoot with Phil Collen. So without wasting to much of your time…. here is Ian.

This is great fun having the opportunity to be a guest blogger here with my friend Frank Doorhof. Thank You Frank!

I am primarily known as a bodybuilding and fitness photographer although I shoot many other genres. My work has been published extensively in both editorial and advertising. One of the photo shoots of which I am most proud is when I was asked to do a feature with Phil Collen, the lead guitarist and singer with the legendary multi-platinum rock group Def Leppard.

*
*
The opportunity came about when I was sent an e-mail by Phil’s public relations manager telling me about Phil and his life of health and fitness. They had seen my work online and they thought I would be the person to photograph the story and get it published to begin Phil’s journey of spreading his message. I was very flattered to say the least. I quickly called the publisher of Iron Man Magazine, one of the oldest and respected magazines in the world of bodybuilding and training. I have a long running relationship with Iron Man so it was very easy for me to pitch what was an obvious great opportunity for the magazine to have a real attention getting story. It was agreed and I was given the assignment to both photograph and write the feature.
*
*
Arrangements were made and planned to shoot the story at Phil’s home where he did most of his training with his trainer, Jean Carrillo, who is a world famous martial arts instructor and Muay Thai Kickboxer. As I learned, Phil’s other passion is Muay Thai Kickboxing, I must tell you that there is not a nicer guy than Phil Collen. Gracious and down to earth, his home and himself have none of the trappings you would expect of this iconic rock star. Actually the only exception to that is the Aston Martin in the driveway that I don’t think he drives all that often.
*
*
You probably want to know about camera gear and such… First and foremost I brought along enough gear so that if anything failed I was still good to go. No chances on this shoot. I actually made the two hour drive to nearby Phil’s home the night, before staying in a hotel. With me were my cameras and lenses, small flash units and all the accessories. The next morning my assistant drove out with studio strobes, modifiers, stands and everything else we might need.
*
*
I had Jean and Phil do essentially what is their usual workout, both weight lifting and kickboxing, and photographed through all of it. Phil is nothing but one tough guy when it comes to weight lifting. And when it comes to kickboxing, I can say to you for sure that this is one rock and roller who could easily double as a bodyguard.

Phil is a life long vegetarian and proponent of healthy eating, so we also shot a segment where Phil made lunch for all of us. We certainly did the expected photographs with guitars and him playing. Actually I did some awesome video segments with just a handheld Canon G10 and they came out great. Phil on an electric guitar in his dining room is pretty powerful! Anyway it was a superb day and we all could not have had a better time. 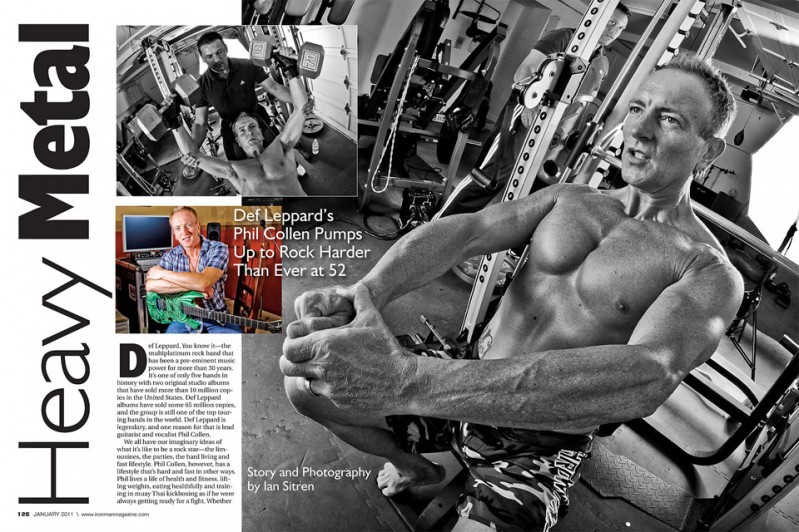 The story became mutli-page with a number of my photogrpahs and also featured on the cover. My copy signed by Phil is really cool and of course signed copies went to everyone involved at Iron Man Magazine.
But the story doesn’t end there. Def Leppard went on tour and I did follow up shooting with Phil “on the road”. I must say having full access to shoot backstage and close up with Def Leppard was pretty exciting. And the power of a Def Leppard concert is just breathtaking! 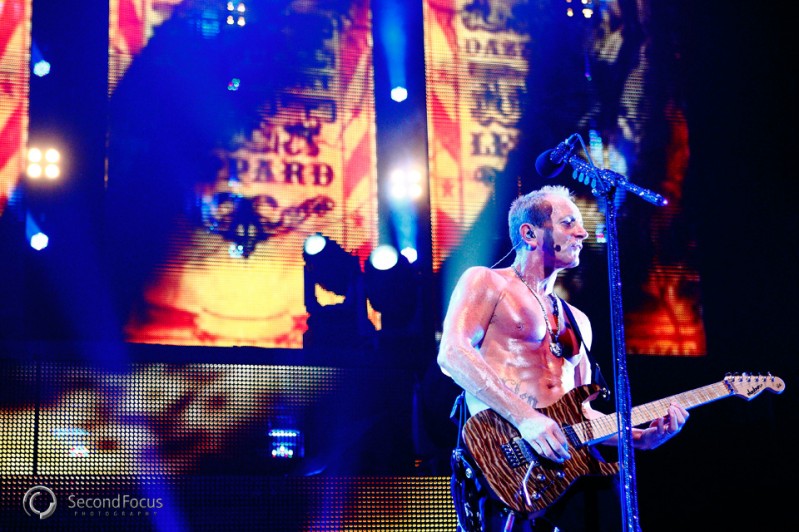 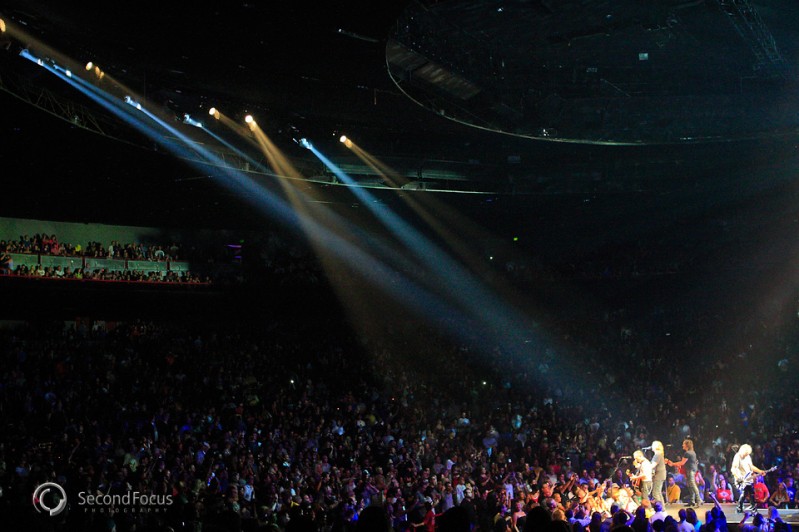 What is even more fun is Phil, Jean, their families and friends and all of us remain personal friends. So a great memory, a fun photo shoot and lifelong friends. It doesn’t get any better!
https://frankdoorhof.com/web/wp-content/uploads/2015/03/studioFD_Logo-1FV.png 0 0 Frank Doorhof https://frankdoorhof.com/web/wp-content/uploads/2015/03/studioFD_Logo-1FV.png Frank Doorhof2012-10-12 07:00:312012-09-26 19:48:28Guestblog Ian Sitren shooting Def Leppard
3 replies