Sometimes photography is pure magic, seeing what you can do with light and with some glass and a sensor/film can be pure magic. But we as photographers are also little time machines (some even big), we freeze moments in time that NEVER will come back, every photograph is unique and tells the story from that period of time, that little fraction of time, that unique smile, the moment a new life is brought into this world, or taken away, when 2 people commit to each other or ……

Photography can be pure emotion, and sometimes we are in fact the ones that shoot the final images of someone at the end of their life for their family to treasure and enjoy/remember a loved one by. When you realize this you will start to give more attention to your photography and start thinking about the impact your shots can have, so you try to do the best you can. For me this is a continues driving force to make sure when I shoot someone I will do my utmost to make sure that my images will be “worth” something. 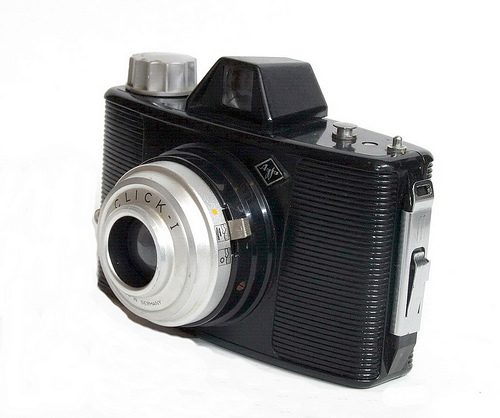 My whole family was into photography and video, but most of all my grandparents, both are deceased now but every workshop and interview I give I will honor them by mentioning that they were my inspiration to work on my photography and video. My earliest memories of my grandfather were of him standing in Austria near a mountain with a light meter and reading the light to take the shot, but also him walking around with a camera around his neck. Now let’s make one thing clear he was never a professional photographer but man if someone was passionate about his “hobby” it was him.

My grandfather was also the one that thought me how to work in the darkroom, it was just the build in closet in their house but for me it was pure magic, seeing a piece of paper being dropped in “stinking” water and as by magic seeing a picture coming up was just simply put amazing and mesmerizing. I think this is also where my motto “why fake it, when you can create it” started. When you shoot with analogue photography and doing your own printing you know you can do some stuff like dodging and burning but when you make sure you meter and take care of your composition it’s in fact developing and print and using your darkroom to just fine tune the image.

My grandparents owned a lot of cameras over the years, and like me, they had a real problem, never throw something away. During her life my grandmother always wanted to give me the cameras and slides but somehow I always said “No, they belong with you”, when she passed away I got the boxes with cameras and much to my surprise there was much more than I expected… think about the famous Agfa Click and Clack cameras, but also a lot of different nice old fashioned DSLRs and really cool cameras I never heard off. When I got the cameras I decided it was so cool that I bought a large vitrine and made a small museum piece in my studio with the cameras, lightmeters and video gear. Every now and again students/clients are looking at the cameras and enjoying them a lot, and sometimes you see them popping up as props in my photo shoots.

Every once in a while I will pick a camera and shoot a roll of film with it, like the Click and Clack (which runs on 120 film).
Last week I picked up two cameras and felt some resistance in the transport and my heart almost stopped, oh my…. could it be ?
I decided to not take the risk and started shooting and forwarding the film till it stopped, I opened up the camera and indeed there was a roll of film in there… wow. I immediately started checking all the cameras and found another one. That same week I drove to the lab and gave specific instructions to handle the films with the greatest care and try to pull off what ever was on there. Yesterday my films were delivered.

After more than 35 years (we don’t know exact how long) my hands were shacking when I opened up the package.
The first film was a disappointment it was 100% white (black) so that was a total loss. However the second one was a different story…. oh my what was there at the start of the roll…. indeed 2 clear shots, although clear….. it was hardly visible but there was something there I could see someone sitting on a chair and something else (which later turned out to be standard holiday snap).

I dropped the film on the scanner and starting tweaking the settings and playing with the scanner software, in Photoshop I still had some work to do to get everything out of the negative but today I can show you the man who inspired me to always love photography (and video)….. dear readers and followers please meet my grandfather Anton Doorhof, probably shot by my grandmother. 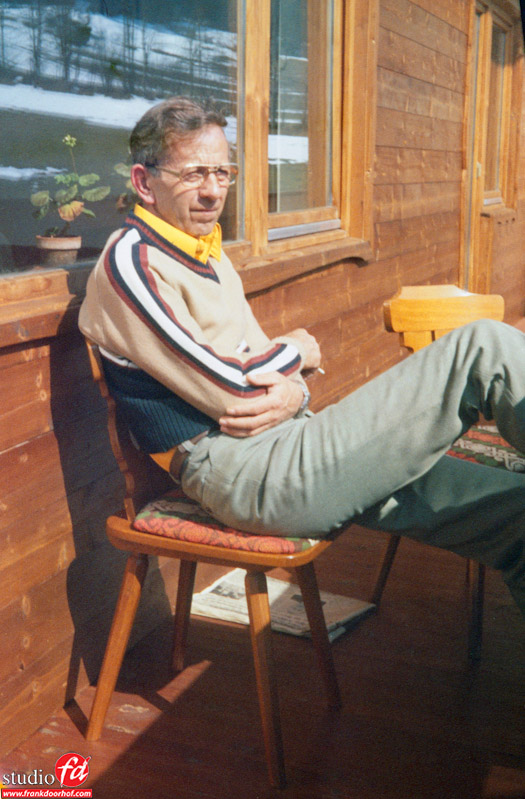 Now don’t misunderstand I have a lot of images from my grandparents, I’m still scanning their archive with thousands of slides. But that’s all material that is known by my parents and some even by me, getting something that no-one has ever seen after so many years is a surprise that I cannot describe in words, it’s amazing/magic/emotional and just plain awesome.

As I started the blog with, Photography is pure magic, we are freezing time and making sure that in the future the next generation(s) can still enjoy what we are experiencing now, but we also capture frozen memories of people we loved and who (in this case) died way too young, this for me makes photography more than just a profession, it makes me realize it’s a passion…with sometimes amazing results/discoveries.

A nice/bizar thing to add, I got my negatives back on the 21th of August (the first day the mail is delivered here after the weekend), my grandfather passed away on August 20th many years ago.

Because we can….Some new polaroids
Scroll to top
Loading Comments...