The next photographer in our guestblog series based on our twitter critique day is Brian Worley.
I loved his shot of the piano player for the mood, composition and overall feel of the shot so here is his blog post. 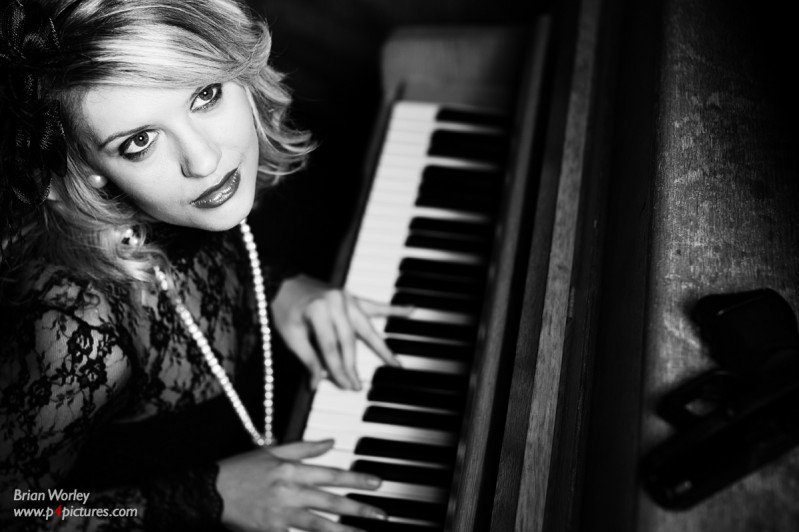 Iʼve been taking pictures since I was a child, and recall the time I was given an old Agfa Silette camera that used 35mm film. Amongst my friends I was the photographer of the times we shared as we grew up. A lot has changed in the thirty something years since those days of film with itʼs exciting boxes of slides dropping through the letter box. Iʼve long been interested in how things work and this inquisitive nature has been applied to my work and photography. I was fortunate that I could work for Canon just as the photo industry stated the transition from film to digital photography, there were so many new things to learn and then teach to colleagues and photographers. After fifteen great years I have recently taken a new challenge and chosen to work for myself as a freelance trainer of photographers.

My photography:
I have been fortunate enough to spend time with a lot of photographers and try many genres of photography. The kind of photography that I want to shoot more is location portraits, and this has driven me to understand and see the light a lot more. I love being able to control the light in my pictures whether it is with Speedlites, studio flash, reflectors, flags or even a pocket torch.

About the shot:
The image I posted in response to your twitter request for images to critique was one that I shot during a recent workshop I was running to teach some local photographers more about studio lighting. The aim for the shoot was to teach the photographers about controlling the light and restricting the light in the frame. For this shot I used a 40cm beauty dish with a honeycomb grid on an Elinchrom BX100 flash set to low power. The light was placed to my right and above the models head. Using a 50mm lens at f/2.8 on an EOS-1D Mark IV placed the attention on the models eyes and face I had the picture I had envisaged.

Post production:
To produce the final image I elected to convert the RAW image to monochrome twice in Canonʼs Digital Photo Professional software; first with a red and then with a green filter. Once converted to 16-bit TIFFs I opened both the images in Photoshop and put the ʻgreenʼ one as a layer on top of the ʻredʼ one. I changed the blend mode of the green layer to hard light and opacity to 85%, the image was almost complete. Just a few small elements needed more attention. The models face, hands and the piano keyboard were all too bright so I reduced the brightness with a masked levels layer between the red and green layers in my file. I flattened the image then used Nik Dfine 2.0 to sharpen the image bringing out details in the hair texture and the models clothes. Finally a little adjustment of the brightness of her eyes and lips was done using with another layer filled with 50% grey, set to overlay blend mode and a few dabs of white or black brushes.