Ok so the iPhone x has been released what are your thoughts? Let me share mine.

I’ve been critical to Apple ever since the mbp. Since than my Apple Watch has been switched and even my Macpro and iPad are replaced. The reasons….. very simple.

Where Apple always was first and best it’s now the best in build quality and probably experience but it’s running behind on things that are already available with the competition.

So what are my thoughts.

Don’t worry this will be short.

Let’s be honest it’s gorgeous it’s amazing and incredible, almost magical (like Apple said) the design is really nice and I like the new camera options although in all honesty you can do the same very quickly in Lightroom mobile or other apps.

Love the depth effect on the front camera

Love wireless charging, although I don’t see me doing this at home. But at Starbucks, airports etc it’s very handy

Face recognition is WOW and I mean WOW. Awesome and magical.

And that’s about it.

I don’t care about animojis. Yeah it’s fun and I would love to use it for fun.

Now in all honesty I was almost planning on not switching to the Samsung note 8. I’m still a bit terrified to do it because I only had ios smart phones. But my experiences with the Samsung tab s2 has been nothing less than good and very positive.

So what did me change my mind…..

Something I never expected to say, the design of Apple iPhone x has a MAJOR flaw and I can’t believe that they did this.

We have all seen the mock ups with the top part where all the cameras are housed. My expectations were that when you watch a video or look at a photo that this part would be totally black. To my horror it isn’t. At first annewiek told me that that would be something I could get used to…… heck no. Never. It’s like a dust particle under my protector. My eyes just drift towards that gaping gap where video or photos are supposed to be…… it’s not the way I would expect a end design team to work. I’m actually quite shocked.

I’ve been waiting for a new phone because I wanted to do more with video on the phone and IS on the tele is very welcome plus external audio. The note 8 caught my attention to the very bright screen (1200 nits vs 750) which is awesome when flying my drone in the sun. Als the Samsung supports external mics

I love the depth effect but also want raw support and of course being able to alter the effect after taking the shot. Samsung offers this including the option to take both wide and tele shots and altering the effects afterwards.

AR looked awesome but in reality I will never use it. I’m just not a gamer. I shoot and edit photos and video, I consume media, do mail and social media and I love the idea of the spen for video editing. (Love iMovie but with your fingers on the iPhone 7plus was not really handy. With the iPad Pro it’s awesome).

After many many years of Apple iPhones which I absolutely loved it’s now time to say farewell to my beloved iPhone series. And even when you take out the idea of the gap the pricing Is just insane. 999.00 will be 1159 euros in the Netherlands which means the 256gb will probably be 1350. The note 8 retails for 999 plus a free dex station valued at 159.00. Saves me a lot of money.

What will I spend that money on…..

On the Apple TV 😉

So what are your ideas?

Don’t get me wrong. I still love the whole Apple feel and mood. And will probably always be an Apple fanboy. Only now without Apple products.

4k 60fps is superb but my other video material is all 4k 25fps so I have to integrate it into that timeline. Also 1080p 240fps is great but I hardly use it for “real” material. But hey that’s me. Your opinion might be totally different.

Let me start of by saying I’m not really the kind of person that works from a tripod, but… as many of you probably recognize I’m always traveling with one and not using it, UNTILL that day you don’t travel with one… and you need it, that’s the story for me with tripods. It’s also the reason why at the moment I’m looking for a good carbon one…… well actually the reason is my Triggertrap, sounds weird right? until you read this review.

I’ve been seeing very positive reviews on the Triggertrap all over the net so I was very curious to test one out myself, because I’m shooting Sony I was very happy to hear that Triggertrap actually had a version for both my A7r and A99 (well done Triggertrap), now don’t get me wrong I LOVE shooting Sony but one of the frustrations is that a lot of companies simply don’t have accessories for Sony, take for example Camranger, this is a product I’m very interested in and I’ve been bugging them for years now to support Sony, the answer is always…. “next time we see each other”… and that’s well…. still not working (great product by the way) so back on topic…. Triggertrap does have a Sony version, and as soon as I got them in I started testing.

END_OF_DOCUMENT_TOKEN_TO_BE_REPLACED

Now it’s not often that I review an app on this blog, but this time I want to make an exception for a very special one, “OKDOTHIS”
It’s available on iPhone only at the moment. 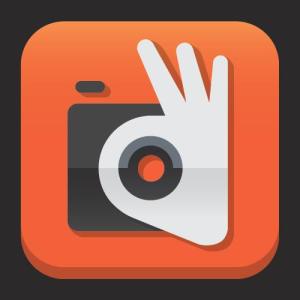 OKDOTHIS is an app that was brought to my attention a while ago but to be honest I did not downloaded it, the idea was cool, the app looked great and it was started by a good friend of us Jeremy Cowart, but somehow I did not find it necessary to add another “social network” to my collection, and let’s be honest most of us are already on G0ogle+, Facebook, Twitter, Instagram, What’s app etc. etc. it’s almost a day job just to keep up with everything, so why, oh WHY add another one… well that was also my idea until last week I started trying out “OKDOTHIS” and I can tell you it’s freaking awesome.