In todays episode we visit a Wacom demo and I give you my opinion on using Wacom products.

And the MacPhun give away of course

Lighting a model isn’t as easy as 123 just throw the strobe somewhere.
Sometimes when people see me lighting a set it might look that way, but remember that I’ve done it before (at least a few times), and in my mind I already have a pretty good idea about what I want to do.

One of the most made mistakes, and hey this is my opinion, is to light the model too flat when the idea is to create a nice dark atmosphere. First of all I would advise to start with gridded strobes, this means you can really steer the light towards your subject and create a sort of spot effect. The next thing is actually light your subject from an angle, this way you can create more contrast. You can also achieve this of course by moving around your subject.

Sounds weird or complicated?
Let’s show you.
These shots were done during a recent cosplay set.

Here we have the model lit properly but it’s…. well a bit boring.

There’s nothing really wrong with the image itself, the model is lit from an angle, the set shows up, but…. well I just don’t “feel” the shot.
So let’s change my position. 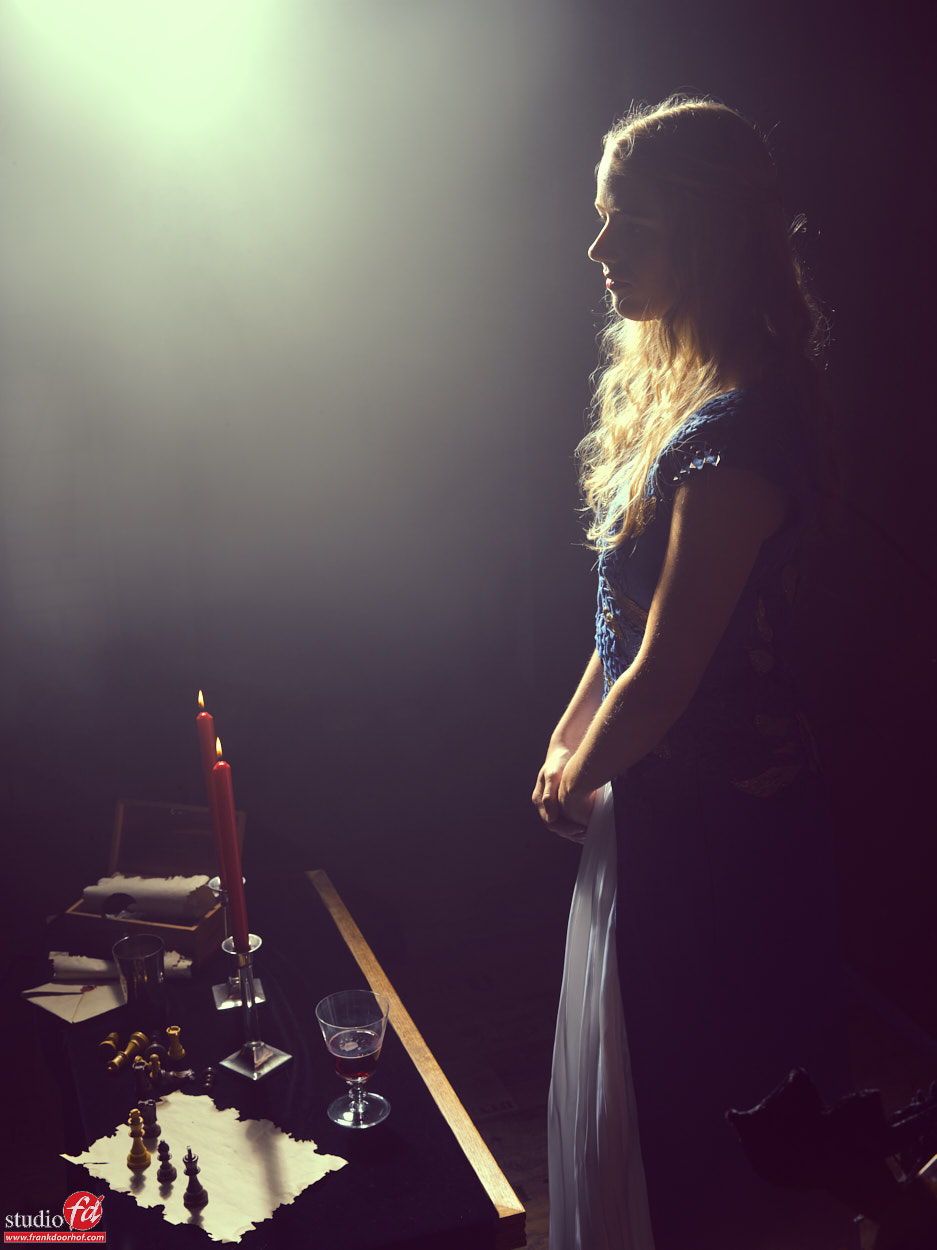 In my opinion much much better.
The problem is however that we are shooting a cosplayer and not a model that knows exactly what to do in front of the camera, now don’t get me wrong she was awesome but sometimes it’s hard to pose for a still image, so as a photographer you should help out, and one of the best things is actually give the model something to do, make her “experience” the pose. In this case we used her dragons (her own idea by the way). And as you can see the image looks a lot better. 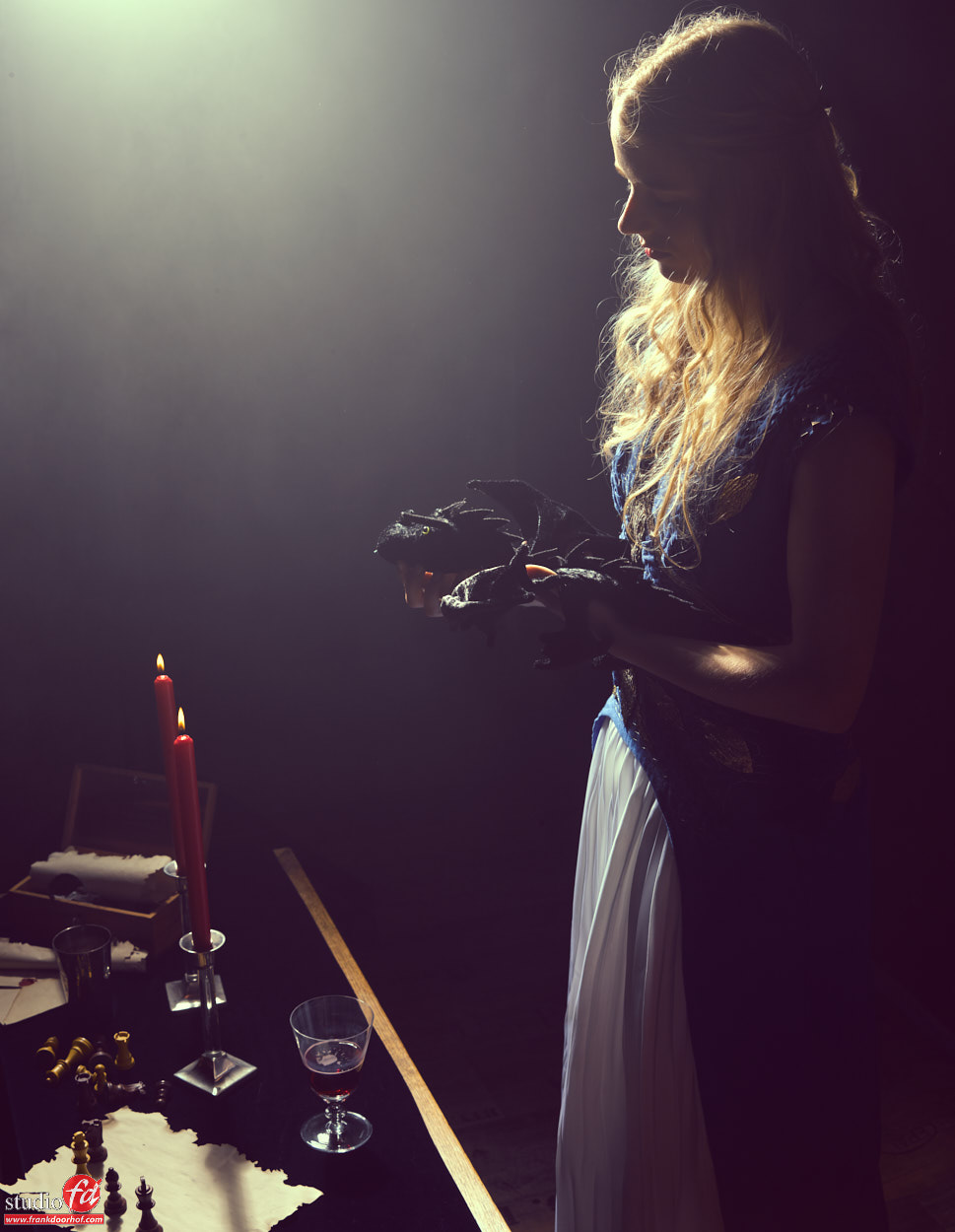 My model now has a real sense of that something is going on and I love the lighting and angle in this shot.

So the next time you shoot something, MOVE around the set, find that contrast, don’t always go for the “straight on lighting”, but really work the angles.
Good luck.

Our intern made short promo for the Xpozers on sale. Unique prints 135x90cm or 50″x35″. Order in our webstore now: www.frankdoorhof.com/store. Limited stock only!

In todays episode a very personal photoshoot and the MacPhun give away.