During our stay in Atlanta I visited the “camera doctor”
It’s a store located in Atlanta and if you’re into older/vintage/analogue cameras I can HIGHLY recommend it (tell them Frank send you, the Dutch guy with the Yashica). 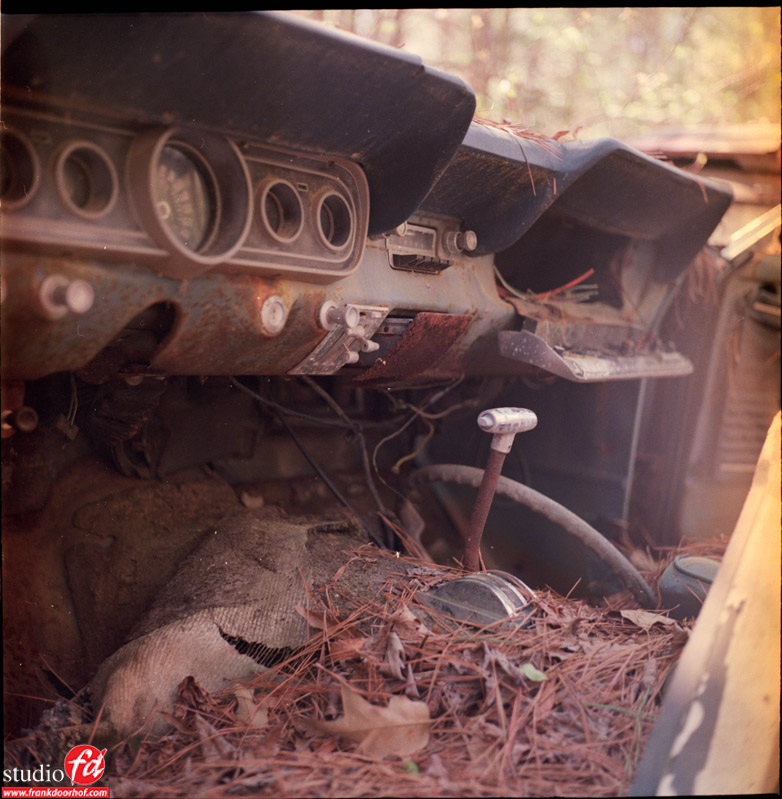 For some time now I was looking for a TLR (twin lens camera) that I could use on the streets, the nice thing about these cameras is that taking a street portrait gets way more easy with a camera like that than a modern DSLR, people just open up more and you immediately have something to talk about. The problem was that I wanted a camera with a meter build in, I can of course use a handheld meter but it’s faster if the camera has one. To my surprise the Doctor had a prestine Yashica 124 mat, to my luck the one with the good lens (there are several versions and you need the one with the Yashinon lens) and a working meter….. well later it appeared that the meter did not work but he promised to repair it for me and send it to a friend of mine in New York where I hopefully can pick it up before we shoot there on the streets.

The first images I took with the Yashica were a delight.
The camera focusses relatively easy and the controls are…. well simple but effective.
Because I found out on location that the meter wasn’t working I used my digital camera as a meter, shot an image and used those settings. Some people will say “use the sunny f16 rule” but I have to be honest, in what I do this hardly ever works, it’s great for shooting in the open but I often look for the more contrasty scenes or in allays, in the forest etc. and then the rule… well doesn’t really work.

However working with a camera and getting sharp/good results is something completely different, I’ve shot with analogue cameras that looked amazing and handled amazing but the image quality was… well let’s put it this way I shoot sharper images with my iPhone. But the Yashica man what a difference. For scanning I use the Reflecta MF5000 and Silverfast scanning software (Highly recommended). I normally scan on the full resolution of the software (6400dpi) and although the optical resolution of the scanner is around the 3200dpi mark (real resolution, not advertised resolution) I still get better results on full resolution scaled down than on the native resolution without scaling, which is (in my opinion) pretty logical because you make sure you “get everything” and then downscale. Anyway the results are absolutely breathtaking, it doesn’t rival my RZ67ProII but for a camera this size it’s pretty stunning, the images are razor sharp on 50% and pretty impressive at 100% (meaning it will rival my 36MP Sony A7r which is pretty impressive). The real “usable” resolution of a 6×6 scan is app 40MP (this is downscaled to the native resolution of the scanner), of course digital is different but the detail Silverfast gets from the Yashica actually floored me to be honest, I expected a lot less… Anyway enough chatter, let’s show the images right?

Click on the tumbnail to open up the gallery.