Well the title is a bit misleading.
The last few years I’ve been a lot on airplanes and one of the things I like to do is watch a documentary, play a game or watch episodes from sitcoms, actually that’s what I do most because somehow I can’t concentrate for longer than 45 minutes on a plane (I really don’t have a clue why) and sitcoms with their 20-25 minutes running time seem to be perfect.

One of the big problems however is the sound, up until the last flight I used a good quality in ear plug system that blocked a lot of sound but I needed to boost the volume and to be honest after 1-2 hours they began to irate me and the earpieces kept falling off, but you accept it because the sound is much better than anything else I tried. 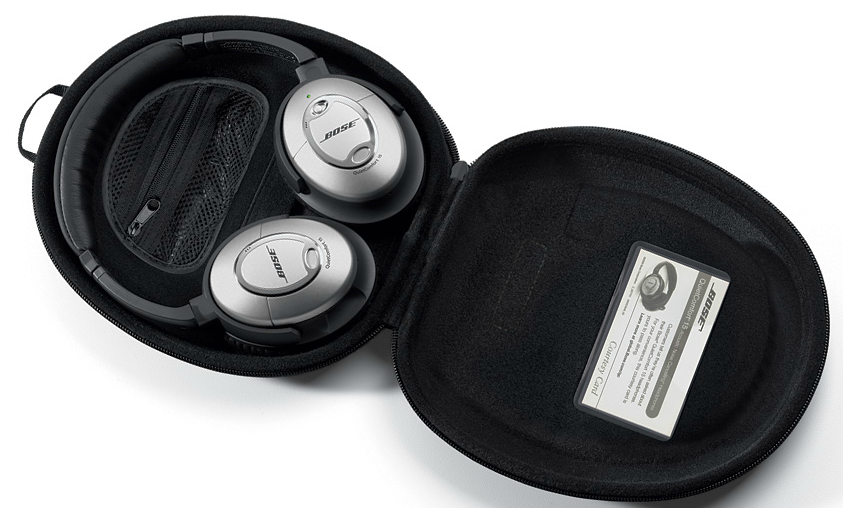 For the coming months we have a lot of flights coming up and after the last debacle with my headphones I decided to look for something else, around ear noise cancelling headphones it had to be.

Now being the person I am I did not want to spend a lot of money on headphones just for flying so I decided to look at the cheaper solutions, we found one from Sony for $49.00 but they were returned even before they were opened…. The next decision was to go a bit higher in price with a limit of $199.00 and we ended up with the choice between a Bose and a Ludacris. Both had a great sound but could not be tested on my iPhone in the store, I ended up buying the Bose figuring that with the Ludacris you pay a lot more for the name.

In the hotel we tested the Bose and although I loved the sound the volume was a bit of a letdown, even on the highest level it was not loud enough to block the airco in the hotel when I sat really close to it, let alone the airplane engines. In the meantime I got a lot of replies via my G+/Twitter question on which headphones to buy and the overall opinion was the Bose quietcomfort 15 system, and to be honest I demoed these in the store and was deeply impressed but the pricetag of $299.00 was keeping me from buying them.
After again demoing in the store I decided to go for the Bose after all, their noise canceling is close to magic in the demo, I could not wait to test it out when going home (actually the next day).

Now why this review on a blog where I normally only do photography stuff?
I’m so deeply impressed by the experience I got when flying home that I just had to share this. When you engage the headphones in the plane the first thing you notice is that the deep engine noise is gone, and I don’t mean muffled a bit, NO gone. What you still hear is the higher pitched airco but this is not noticeable as soon as the music starts to play.

This is the first time ever I really enjoyed music during a flight, even with my older in ear system I still had to filter out engine noise and tolerate the slightly irritating fit after a few hours, the Bose system rocks, you hardly feel it on your ears and the sound is amazingly clear on the plane, one of the stewardesses had to push me to get my attention because I was listening to some music with my eyes closed and she thought I was asleep 😀

Are there bad things ?
Well yeah, the system only works with noise canceling activated. Meaning if you forget to bring a replacement battery and it runs out (after 35 hours) you are in trouble, but I have already put a spare in the carrying case. Also the volume could be a little bit louder, on the iPad it’s perfect but on the iPhone some songs that are a bit softer in recording could use a slight boost.

The good things
Loads.
It’s not a high-end headphone system, meaning it will not beat monitoring systems with flat responses, but it does sound pretty good (understatement), the noise canceling rocks (close to magic), the cable is a one wire system with remote for Apple products meaning you have a microphone for calls (yeah that will happen in a plane, but it can be used in other situations of course), track forward and backward and pauze. The carrying case is great, I’m always afraid I will damage my gear when flying/traveling and this case gives me the confidence it will be ok.

You get two cables, make sure to use the correct one for Apple and make sure to put the input on HIGH when using iPhones and iPads, otherwise the volume is way too low.

Conclusion
You won’t see me doing a lot of reviews on this kind of gear but this I could not resist.
It’s a lot of money for a set of headphones I agree, but the experience during the flight was priceless, I could really enjoy my music and movies/series and when we landed after a 10 hour flight I was much more relaxed than normal.