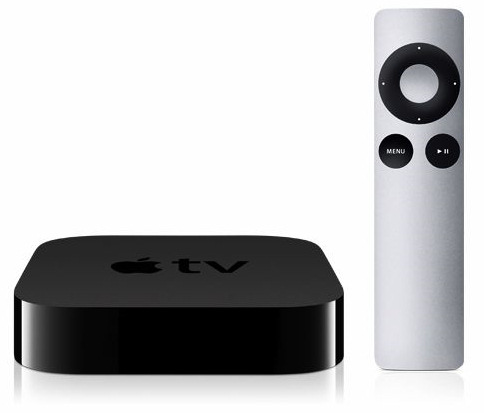 Besides Photography I love “gadgets” however I’m a person that doesn’t want to own all gadgets that look cool, to be honest I’m also a bit “anti-gadget”, I know that most gadgets will end up collecting dust in some closet and will often be thrown out after not being used for many years when the space is needed. So my collection of gadgets is containing gadgets that I really use (well ok I also make mistakes :D)…..

A few months ago someone told me about the AppleTV and that this was perfect for my Home Theater setup, however because we already run a media server and a very good media player I never looked seriously into the AppleTV. When the Kelbytraining app was released some things changed for me. I love watching the guys on Kelbytraining and I love to do that on our projector (the image quality they use is awesome) so with my iPad2 I used the monitor connection set and ran a HDMI cable to our switch to use it on the projector. After each video I had to click on the iPad to activate the external monitor again but it worked flawless. However running the cable every time was my main objection, so I started looking into the AppleTV2 again. Because it’s not available in the Netherlands (yet) we decided to pick one up during our stay in the states for PhotoshopWorld. In this blog post my small review on the AppleTV2.

Connecting
There is one reason I love Apple products, after being a PC user for many many years, they just work. With other devices (not only PCs) there is often the need to read the manual, and even then people will sometimes find themselves confused about how to setup stuff like the network connection, shares etc. Well the AppleTV2 is a real Apple product in that manner, power it up and it runs in about 1 minute, just simply put awesome. 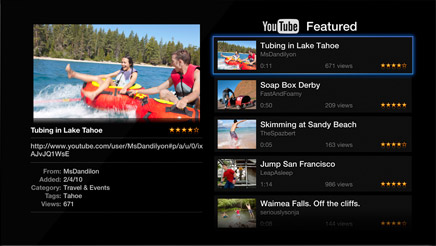 The disadvantage
Of course it’s great that something just works out of the box, but as with most Apple products there is also one limitation, and that’s iTunes. You can easily share your whole library via homesharing on iTunes (set that up in less than a minute), however I would also love to be able to connect to for example uPnP servers or direct network connections, don’t get me wrong I understand why Apple doesn’t allow/support this, because this is were the “problems” arise, and trust me I know the problems that an incorrect network setting can cause with watching movies. But it’s the limiting factor in the AppleTV2, that’s also why it’s not replacing our media player. On the other hand, I would love to have a 1 for all solution but I have no problem at all by using more especially when they work like this.

Everything that my other players don’t do
The one thing I love about the AppleTV2 is the way it handles streams like YouTube.
A few years ago the only thing you found on YouTube was (in my opinion) just some videos to pass the time and sometimes there was something interesting, but I had in no way the need to play this on a TV or projector. However the way the AppleTV2 handles YouTube is a different story, there are several options like “most viewed” “recommended” “favorites” etc. but you can also very easily search for a video on YouTube. The image quality is much better than I expected, the HD files looks nice of course, but even the lesser quality videos are ok to view on the big screen, although the AppleTV does a great scaling job it can’t work miracles of course when a video is really bad, it will stay bad. But luckily the videos on YouTube get better and better quality wise.

It doesn’t stop with YouTube however.
You can also follow Flickr and rent movies (which doesn’t work with our setup due to the European account).
But the best thing for me about the AppleTV2 : 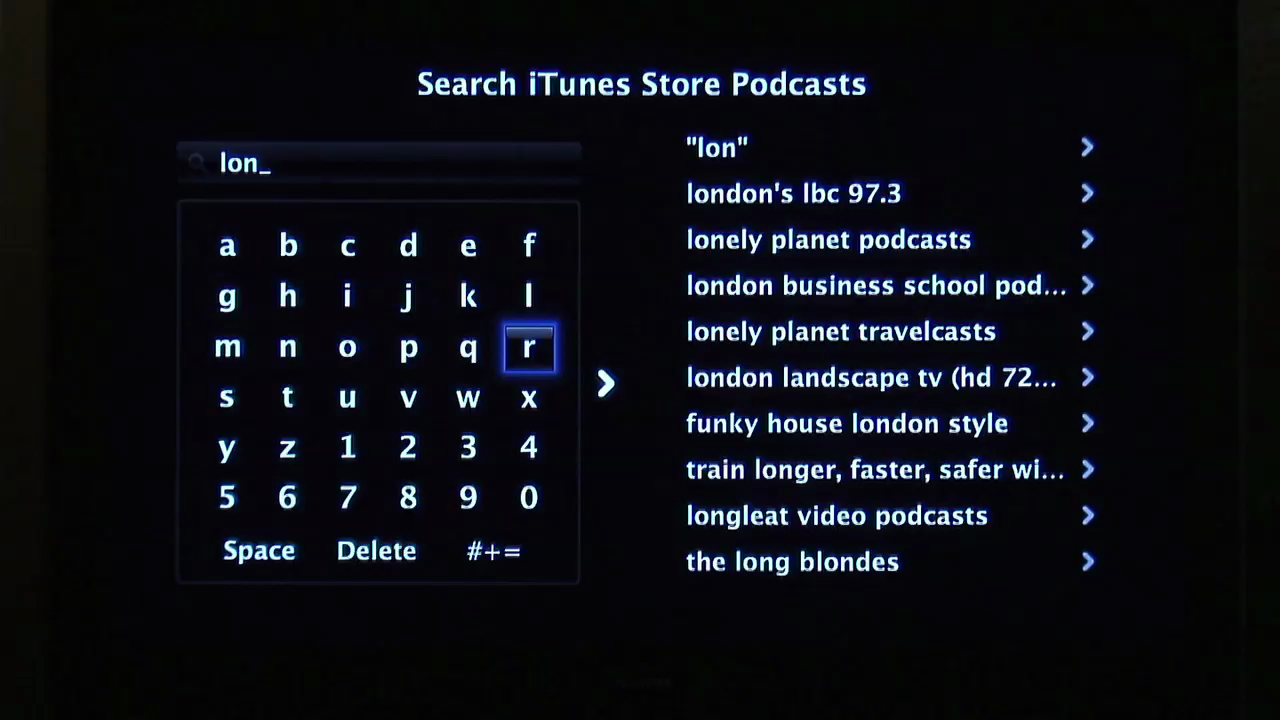 Airplay
Without a doubt one of the coolest things for me that has been introduced the last few years. For example, run the Kelbytraining app on the iPad and when the video starts select the option Airplay, the iPad is still the “remote control” but the image is beamed to the AppleTV2 via wifi and shows the image/sound on our Home Theater setup, this is really a superb way of working, the quality is more than expected and the sound quality is also very good. But it doesn’t stop with that…. you can also browse your photos, watch podcasts, listen to your music etc. etc. and the list off apps is growing, so this is a very cool option (and the reason we bought the AppleTV). The most fun thing was that I demonstrated the system to my parents and they loved the small remote control and were literally stunned that those few buttons did everything perfectly, and this is also one of the things I love from Apple, I hate complicated remote controls, and let’s be honest when you write a correct OS there should be no need for a zillion buttons, the AppleTV proves this. But what they really liked was when I switched over to remote controlling it with my iPhone while demonstrating the music options, and switching to the iPad2 when demonstrating video…. they now also want one 😀

Trailers
I missed this when I looked at the AppleTV, however it has grown to be our favorite part of the start of a movie night. In the trailer section of the menu you can find a lot of trailers for new movies running in the cinema, the quality is of a very good quality realizing it’s all streaming from the net. We used to own a “Versatel” internet subscription to internet TV and soccer and that quality always was “ok”, what you see that is possible now is just stunning, and there is of course no reason why this should not be expanded. No more expensive renting of satellite space and expensive studios to beam the signal worldwide, just start your own internet TV station in HiDef, couple these all in the AppleTV (or app) and you’re done. And yes I know there are some apps out there doing it, but I really don’t understand why not the “normal” tv stations do this. We don’t have cable over here (industrial area) so we are limited to sat receivers and ADSL internet (which is fast enough 20M/b) and we never miss the cable (we have more stations in better quality), but having everything run through the internet would be a very nice addition and opening a lot of interactivity options.

Conclusion
I probably only scratched the surface of what’s possible with the AppleTV2, we bought it for airplay and I can highly recommend it for that, but as with the iPad2 it’s a device that before you buy it think about “why should I get it?” and when you own it you will probably never want to be without it again 😀
Thanks Apple for making devices that just work, and pricing the AppleTV2 at this price point…. now release it in the Netherlands.

As mentioned before, if you subscribe to www.kelbytraining.com adding the AppleTV2 adds a whole new dimension in user friendliness.
HIGLY RECOMMENDED.