Light from the side can be incredibly powerful.
Here, during the small flash workshop, I used a bare strobe to light Nadine, by using the zoom function you can tailor the light beam hitting the model just the way you like it. 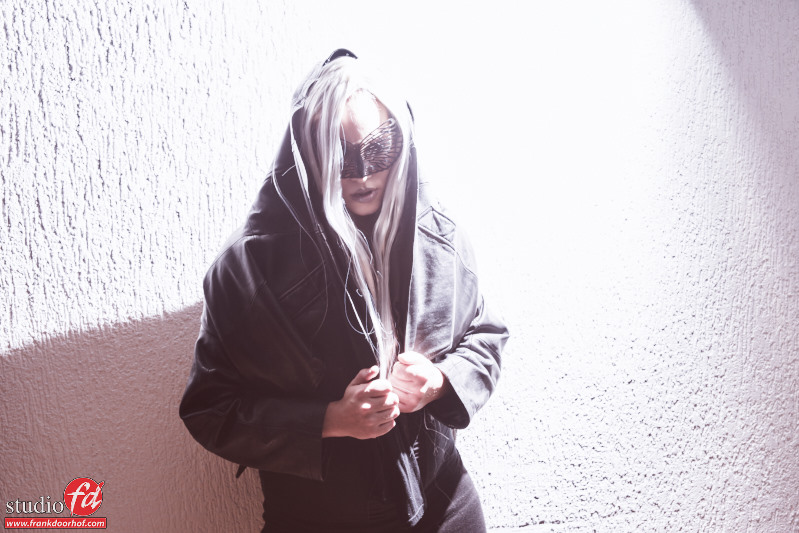 END_OF_DOCUMENT_TOKEN_TO_BE_REPLACED

For the next set me moved into the little chapel.
This place was very hard to shoot in, loads of risk factors and windows on the side, as you can see I’m actually using a mix of ambient light through the windows as accent lights and positioned myself so that the windows were blocked by Nadine in some of the shots for maximum effect.

The risk factor in this chapel was a bit higher than in the other locations for a very simple reason, everything was tight.
In the whole museum we were shooting in locations with irreplaceable items, if we broke something…. well there is no price to put on it because…. well it can’t be replaced, meaning we would have to call in one of the museum employees every time we wanted to move something or wanted to check if it was ok if we touched something, they were incredibly relaxed about it and were great helps, but always remember when shooting in locations like this (if you ever do) you are a guest and be VERY VERY careful.

In the end I decided to go for a serie of different looks.
We started with natural light only.
And as always sometimes I have trouble choosing between BW and color. 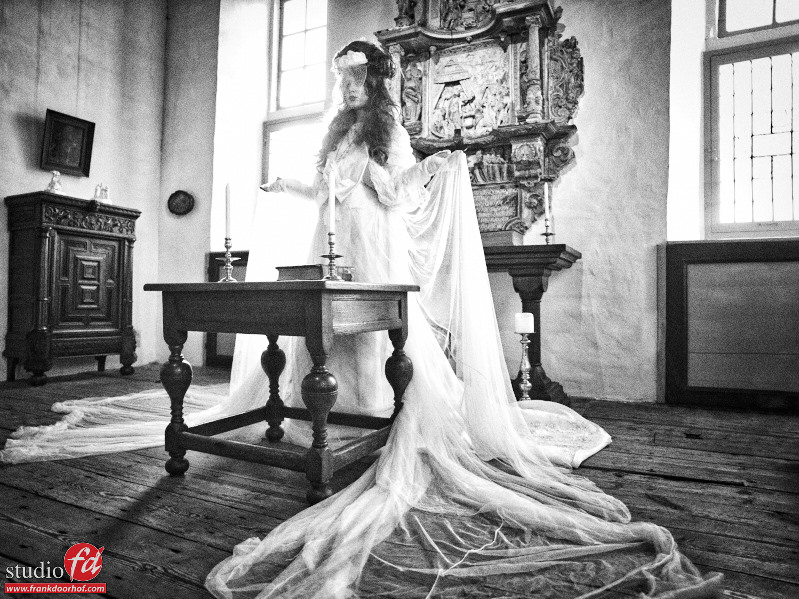 END_OF_DOCUMENT_TOKEN_TO_BE_REPLACED

Today part II from the workshop at Cannenburch with Nadine.

After the lunch we went back inside and we shot in a new set.
Also here 3 different looks starting with fill in flash, to mainly flash and… natural light. 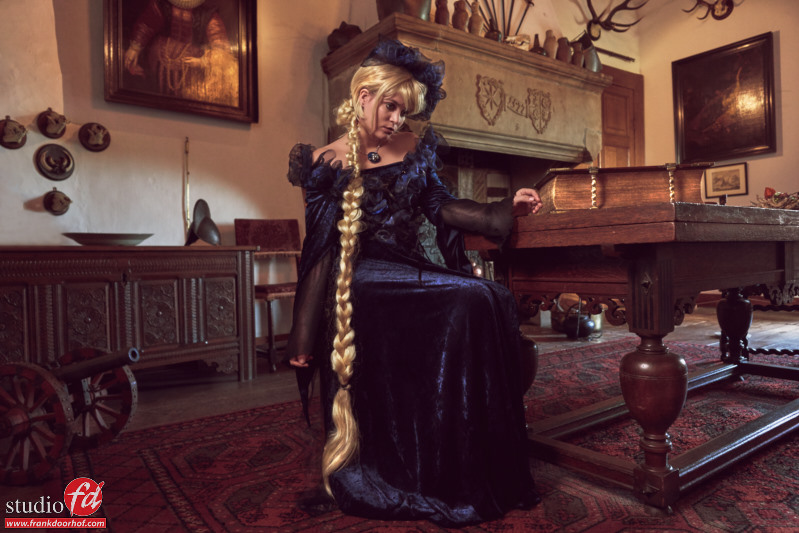 END_OF_DOCUMENT_TOKEN_TO_BE_REPLACED

This weekend I taught a workshop in a very special location.
I always love doing workshops on location but sometimes you get the chance to do something that is really unique and this weekend that was one of those days.

A while ago we said we wanted to start doing workshops in special locations, studio workshops are of course also very cool but shooting on locations is a whole different ballgame. A few of my friends ran with the idea and contacted Cannenburch, a museum in the Netherlands, to be honest we thought it would never be possible to shoot there, but why not try right? and much to our delight they were up for it, it was never done before like this they told us and we had to be under guidance of the museum itself, in exchange for that we were allowed to shoot wherever we wanted and we were allowed to remove the alarms, use flash and even use the sets, well….. you don’t have to say that twice of course. So we started the registration of the workshop, now my location workshops are most of the time sold out but this was a new record… within 20 minutes after putting it online we were actually booked solid.

So today I can share the first series of results from this very special workshop with Nadine as model and stylist.

The first setup was outside the museum.
In fact in these 3 shots you can see my motto, always shoot double or triple setups if you can.
The first is with natural light, the second with one strobe and the third is actually with 2 strobes. This way you can deliver different looks to the client so they will always find something they like. 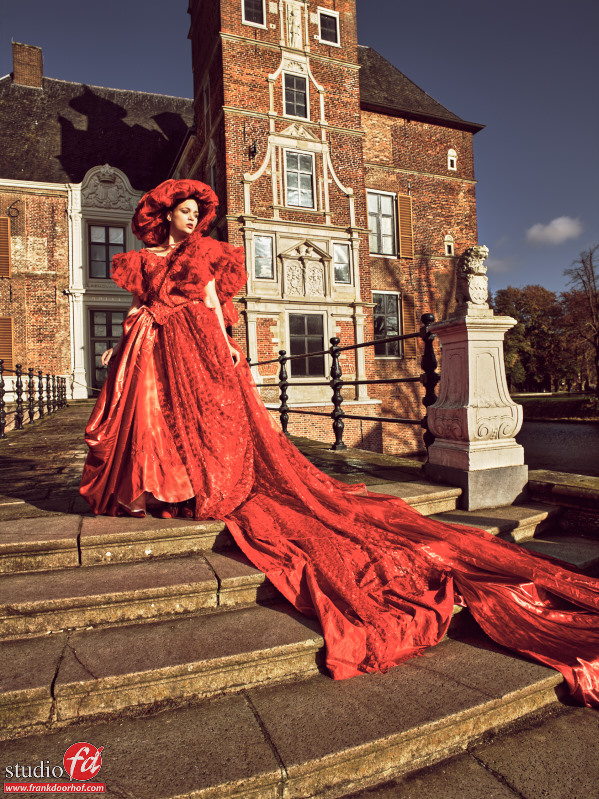