During the WordWidePhotowalk in Amsterdam the Dutch Tamron distributor Transcontinenta was so kind to lend us some lenses.
During the day part of the walk I tried out the Tamron 28-300VC, as you already know I’m not a reviewer that will show you 100% crops, shoot brick walls or bombard you with technical mambo mambo that there is a 1.3 pixel chromatic aberration in the extreme corners. What I try to do is give you my opinion for the usefulness of a lens and if it’s interesting for you to buy (or not). 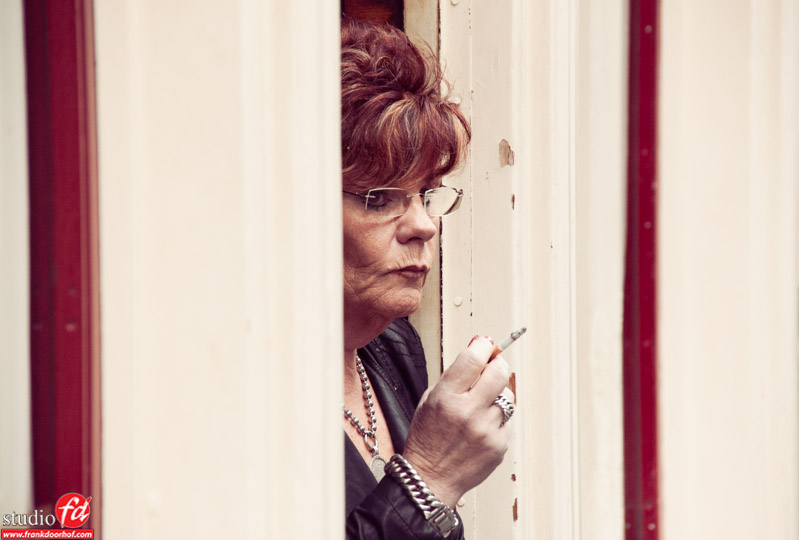 Let me start out by stating that there are two thoughts among street shooters, some will burn me on the stake because I don’t promote the use of primelenses only, and yeah I know you can’t beat a great prime, trust me I LOVE the 50mm 1.4 and it’s awesome in quality and gives me goosebumps when I shoot with, but it also frustrates me sometimes because I just can’t get the shot I want, now some will say “that’s the challenge” but for me that doesn’t fly, I want to tell a story and with that story there needs to be a certain crop/composition and for that I can’t shoot everything with one lens, so I LOVE zooms, and yeah again I know their quality is often less than the primes, although some zooms are awesome and are for me on par with the primes.

However you look at it however there is always something you can’t shoot for the simple reason that sometimes you need a lot of tele, and sometimes wide is amazing, so the perfect lens would be something that covers all let’s say from 10-1200mm on a fixed aperture of 1.8 and I almost forgot it has to be not much bigger than let’s say a good 24-70 right? Oh almost forgot we don’t want to pay more than $1000.00….. and then I woke up. 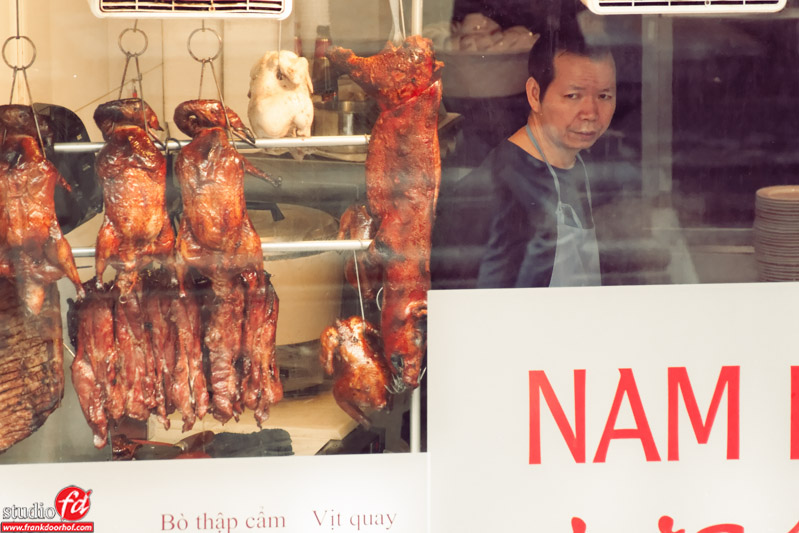 But there are some lenses that look (at least on paper) very interesting Canon, Sigma, Nikon and Tamron all make the so called “superzooms” and often they are not that expensive (although the Canon version is not very cheap), that price and range added together must of course already trigger your senses that we don’t talk about STELLAR performance here. However is that important? Well I think not, of course we don’t want a lens that hunts, is terribly soft or just doesn’t work all together on a certain system, for that range I’m more than willing to do a “few” sacrifices. 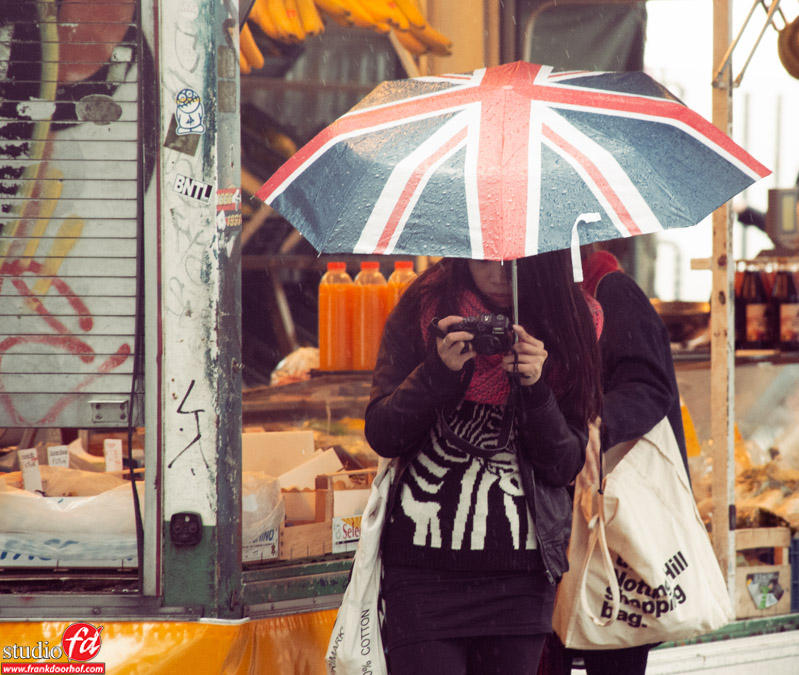 For a lot of people with Full Frame cameras there is however a “slight” problem, most of the superzooms are meant for crop cameras. However I found that Tamrons 28-300 VC was made for Full Frame cameras so I was more than curious to try this lens out during the WorldWidePhotoWalk in Amsterdam I hosted last weekend, especially for street photography I just love the range of 28-300 and the added VC (Image Stabilization) is of course also a nice added bonus. 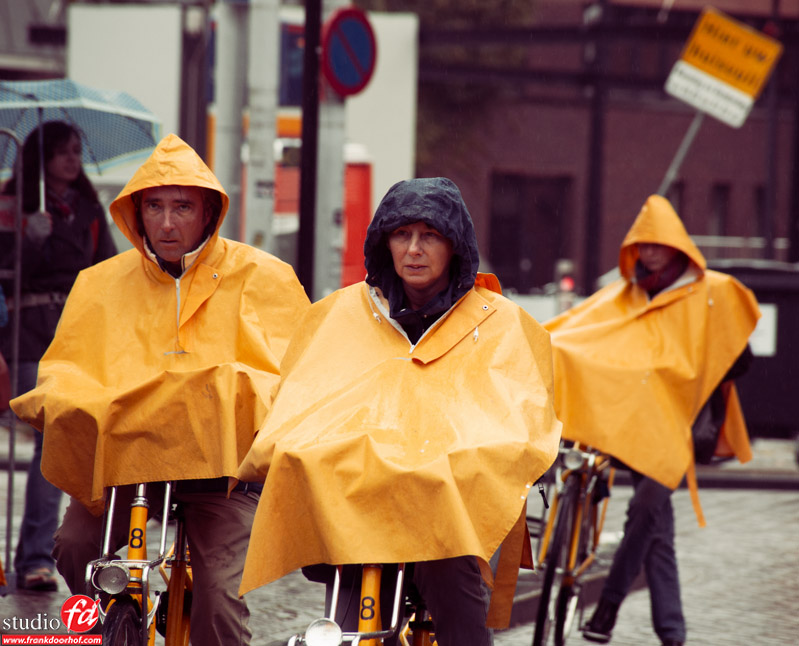 Now let’s look at the lens itself:
It’s a relatively small/compact lens that extends to a nice length for the 300mm part of the spectrum, when mounted on the 5DMKIII it feels very nicely balanced and the build quality feels solid although a bit less sturdy than the Canon 24-105 for example (but that’s no surprise I think). The aperture from the Tamron runs from 3.5 to 6.3, seeing the situations I would use the lens in this is more than adequate, I will mostly use this lens on the street and probably stopped down to f5.6 or f8.0, I would love of course to be able to shoot wide open but you know with lenses like this that this will not give you perfect results. 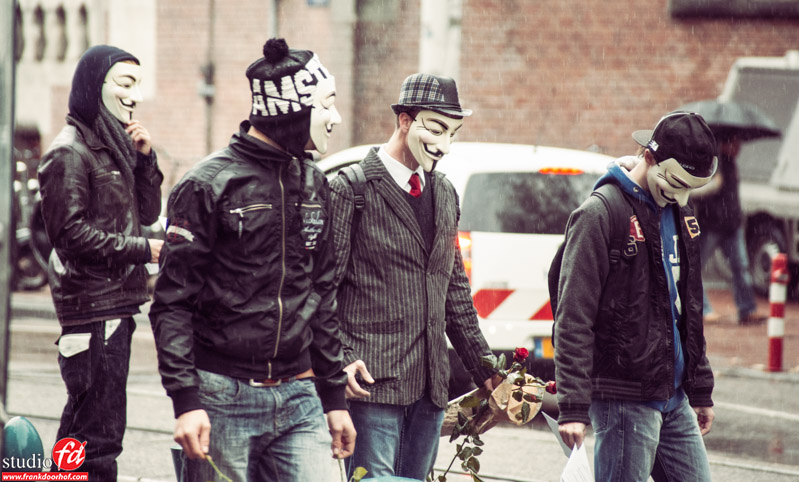 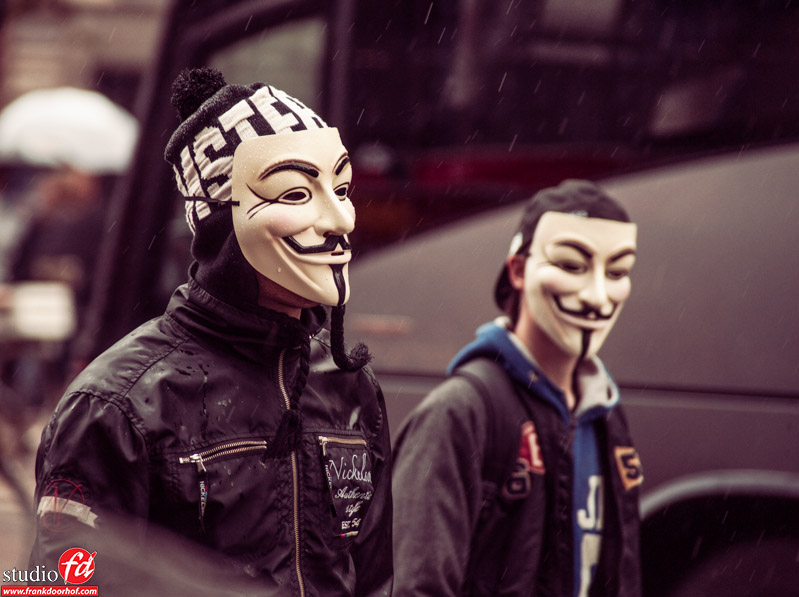 As you can see in the shots above (the guys with the masks) the lens really did for me what I wanted. If I would have used a 50mm prime lens I would have totally missed these shots, simply because they were too far away from me, now it was no problem, I aimed and shot and zoomed in even a bit more and shot and ended up with something I would normally miss…. man I love this….. but do I ?

Well yes and no.
During the photowalk I loved shooting with the Tamron 28-300VC but in the back of my mind there always was this wonder “will the images be sharp, the way I want it ?”
And this is the only thing I have with the Tamron 28-300VC the images are never really tacksharp, when closed down to f8.0 they are MORE than acceptable, actually pretty good, but wide open (a bit as expected) they are far from crisp, some sharpening in Photoshop/Lightroom enhances the images a lot but let’s put it this way it’s not near the quality you get from the combination of the Canon 24-105L and Canon 70-200f2.8 IS L, but hey wakeup call, we talk about a price range where you can buy a lot of the 28-300’s for. However in my case I do own both Canon lenses….. will I be willing to buy the Tamron lens? 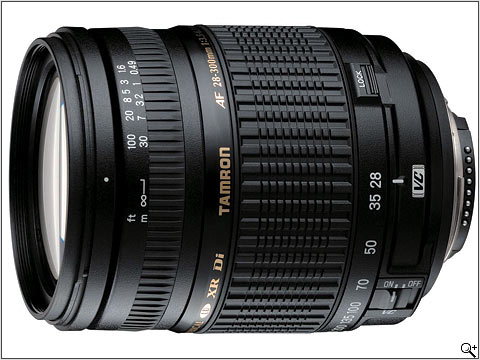 Well it boils all down to that question right?
And the answer is, probably yes.
During the Amsterdam photowalk I loved the range the lens gave me, I did miss the f2.8 aperture of the 70-200 in some situations but during the day time this will hardly be a problem, especially with the new super performance with noise in cameras like the 5DMKIII. Stopped down to f8 I was happy with the results from the lens at the tele end and at f5.6 from the wider part, wide open I was not that impressed to be totally honest and I would not use it wide open that much, HOWEVER… all images I shot wide open are still images that, when printed, can be in a portfolio without any doubt. And this is something people do have to realize, we are reading a lot of reviews, opinions etc. online that are always focussing on 100% views, sometimes even 400% views, straight out of the camera samples etc. often forgetting (and this is also seen in most of those images) that it’s NOT about that final bit of sharpness, it’s not about that bokeh that is slightly more creamy on lens A but a bit more yoghurt looking with little droplets on lens B, it’s about nailing the shot/story YES or NO, and with the 28-300 you have to be an incredibly bad photographer to not be able to at least get the shot, the AF is fast enough to get you shooting right away, the sharpness at f8 is more than enough for even cropping, and when you use your camera like me on AUTO-ISO with a shutterspeed of at least 1/250 you can almost most certainly say that you WILL get that shot you want. And if you miss it… well it probably isn’t the fault of the lens or camera but sometimes that just happens.

Conclusion
The Tamron 28-300VC covers a lot of ground.
It’s not the fastest AF around but it’s pretty fast.
The VC is very good, probably better than the Canon IS system, although I did have some weird vibration happen sometimes (probably just my sample).
The image quality is good enough, CA is visible but nothing that Lightroom or DxO won’t fix, sharpness is a bit soft when stopped down 1 stop but gets better at 2 stops, but even wide open it’s good enough for print in almost all cases.

At this price point you get an awesome range which for me is ideal for street photography.
When I know what I’m gonna shoot I will without any doubt opt for the lens that fits that scene, but most of the time I don’t want to carry around a bag with lenses and just the camera with one lens and in those circumstances I think the luxe of having this range heavily outweights the image quality that is (for me) ok.

For the Dutch people you can order the lens from here
For our international visitors, visit B&H via this link and support our blog.