Hi Guys,
Just a quick update from Photokina.
It’s a HUGE exhibition again, actually almost too big, we just walked around a few hours and had more meetings than expected so I could not see everything I wanted, but some things really caught my attention, so let’s give a bit of attention to them,

First off, NO NIK !!!!
Oh my, now I’m REALLY worried, could it be that because Google bought it for snapseed they are indeed killing of the plugins we all love so much….? I hope not, I would be devastated, but  it does feel weird that NIK is not at Photokina. 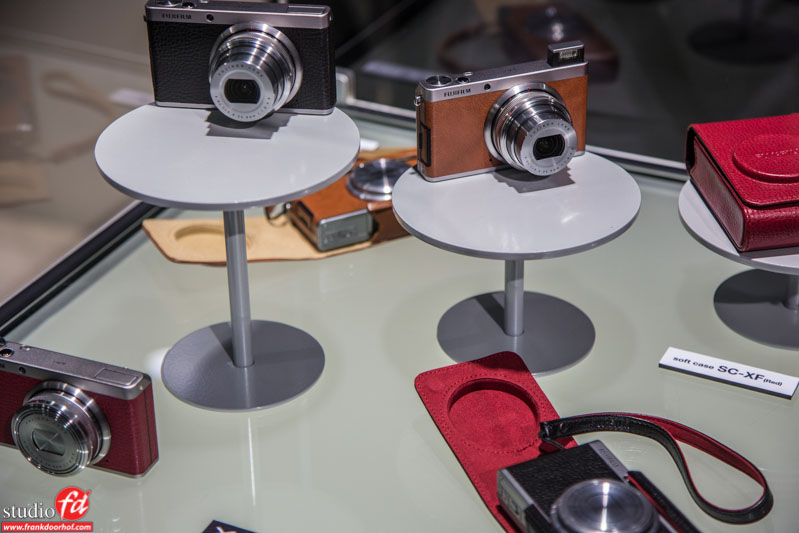 Second Fuji.
They just released the XF1 a lovely small camera with all the right looks (I fell in love with it right away), it’s like a smaller brother of the X10, anyway I love the vintage looks. But they also released something else that got my heart beating twice as fast, the X-E1, and I will be testing one very soon. This camera is AWESOME, it’s like the X-pro1 but a little bit different, better EVF (but no optical), great great ISO performance, even double exposure (great how Fuji incorporates film stuff into digital), and I LOVE the look, the little bit of metal on top (like the X100) is something that stole my heart as soon as I saw the X100, and don’t get me wrong, I love my X-pro1 but it’s totally black and to get into the system it’s not the cheapest camera, the X-E1 promises to solve all this with a considerably lower price point and the same gorgeous quality, anyway… can’t wait to test-drive that camera. 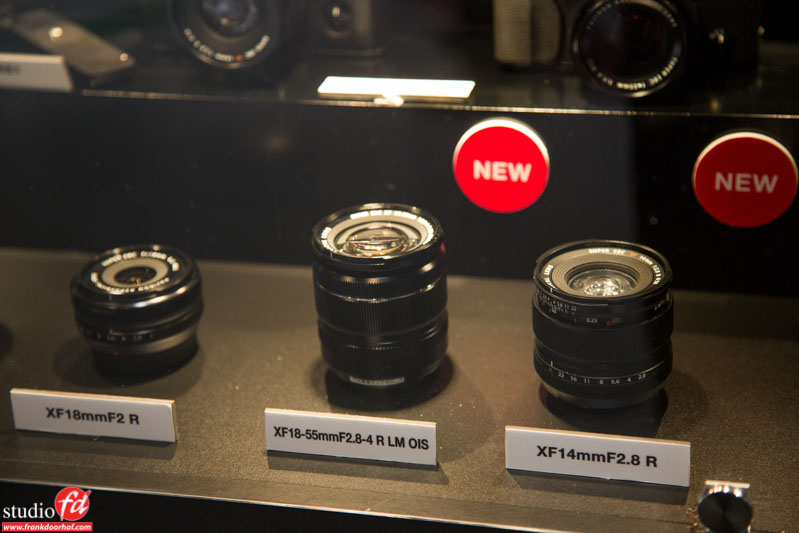 On the topic of Fuji.
Now listen to this, yesterday they released the firmware 2.0 for their camera (X pro 1) and lenses.
Now most of the times a firmware update is a bugfix list right ?
Well not with Fuji, and trust me this is real…. so don’t think “Yeah right”.
With the firmware 2.0 they boosted write speeds to the card with 100% (yep twice as fast), but most important of all the AF is RIDICULOUSLY better now, I always told people that to love the X-Pro1 and X100 you have to learn to shoot with it, it’s not a DLSR replacement and it’s certainly not a P&S camera, it’s….. well it’s……. a Fuji DIGITAL rangefinder, they took A LOT from the film parts, but also a lot is new, so it’s not a film camera with a digital sensor slapped into it, but it’s also not  a pimped P&S, so when you learn the camera you will love it, but don’t judge it after 2-3 tries (what you see a lot of people do). And there is more in the new firmware like AUTOISO6400 and some bug fixes. Overall I was enormously impressed. It’s like a brand-new camera, but than with one update (free) 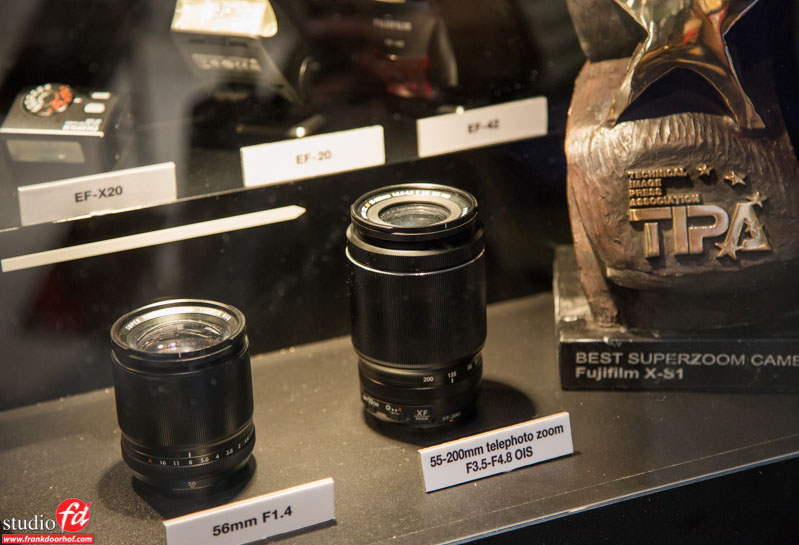 It was also the first time I saw the new zoomlenses from Fuji, and also here, I can’t wait to start using those. I know that the Primes are amazing but I’m more for the zooms when just walking around. So those really took my attention also.

A very cool gadget from HUFA
You know that feeling you have when you loose another lens cap ?
No more, this gadget will retail for 8-12 euros and clips on your strap and you just clip the lens cap in, so simple (genius) 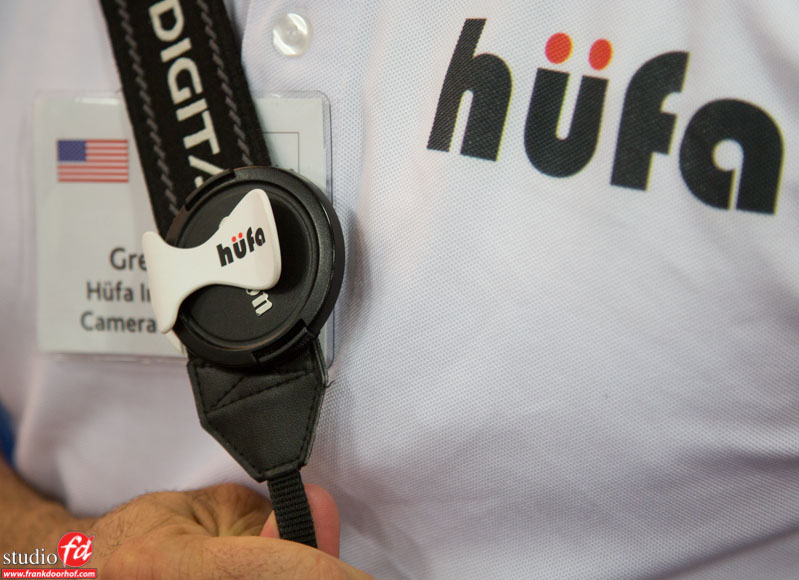 DXO
I already use their film pack 3 which I love (but more on that later, I will be writing a review on that), but I’m now also seriously looking into the DXO optics, I tested it very quickly at some 5DMKIII files and the output is stunning, I still have to test more but I strongly believe they squeeze much more information out of your files than Lightroom or Capture One.. I had a great talk with Hector today and he explained how they work and now it makes sense, they really test everything so combined camera and lens and base their corrections on that, and they go a few steps further than for example ACR. Same for their film pack. I love Alien Skin Exposure (as mentioned many times), however when you look at the pricing and the results I get from DXO filmpack I think they offer a GREAT alternative, and some film looks are even better than Alien Skin to be honest (others are not), I will dive into the whole DXO suite as soon as we’re home. So expect some more on them. And I REALLY advise you guys to check them out, they are doing some pretty amazing stuff, when you’re into architecture also check our their new plugin/software to correct everything that is “wrong” 😀 it’s magic.

Tomorrow I will be browsing some more on the exhibition floors, and Saturday and Sunday I will be demoing at the Elinchrom booth.
Well of course you want to know about Elinchrom right ?
They have some amazing new stuff, all strobes are now RX, they have new BRX, the Dlites are replaced by RX version and…. they have a really cool 100ws version of the Dlites that are priced so low that everyone can now afford an Elinchrom 😀 Also they brought back the square reflector, some chances to the Quadra and much more.

Sekonic.
I visited Sekonic very quickly and looked at the new meter 478.
I like the looks, but I don’t like the fact there is no 1 degree spot, and I wonder how long it will operate on a battery and how durable it is (it feels cheaper than the 758), for the moment the 758 will be my favorite meter as I can see now.

Phase One/Leaf/Mamiya
Tomorrow I will try to get my hands on the new Phase One DF+, improved AF is the reason I’m mainly interested in, but also the Li-On accupack which will keep you running for 10.000 exposures and replaces the AA batteries (good step forward).

Hasselblad
Had to see the Lunar of course.
It’s nice but I still have a very weird feeling with this camera, it’s a Sony Nex pimped up with a 5000.00 price added…. we will see what the future brings but for now I think it’s not something Hasselblad should be doing as a high-end MF camera maker, but hey I could be wrong. 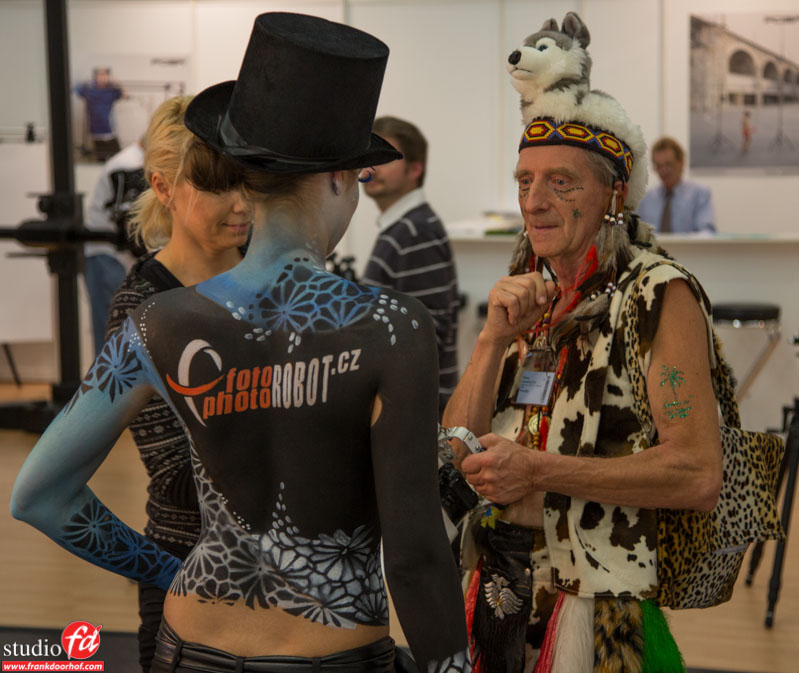 Some images from PSWSome tips for travel photography
Scroll to top
Loading Comments...