Today we have a special guest, Gurpal. Also known from “Two Singhs and a camera).
His guestblog is about using Scenarios to get better expressions.
Enjoy the read.

Using Scenarios to Get Better Expressions

In an ideal situation, everything is perfect on a shoot. The lighting, camera, make up, dress…all perfect. You get the best model, who knows what to do from the get go.

I was apprenticing with a fashion/commercial photographer in Mumbai(India). He told me one thing, “Lighting can be learnt no problem, it’s getting the right expressions.” I spent a lot of time just watching him interact with the models, before, during and after the shoot(even when going through their portfolios). What I learnt is that, the expressions will bring out the story in what you are trying to portray. Taking it to heart, I flew back to Singapore and I went through lots of photographs, to figure it out. Tip: Always look at the eyes, they are a dead giveaway on a person’s expression.

I shared the knowledge with Angad(http://www.flickr.com/photos/singhangad/), and in shoots, we started talking to the models, getting them into the mood, telling them the scenarios and working on the right expressions. I realised that you cannot just tell someone to look left/right/up/down and expect to get an amazing image. You need to get them to understand what is happening, what is being shot and why. This will help them get in the right frame of mind and it will bring out genuine expressions.

It is best to talk to the models, give them the idea of the shoot. Share with them what it is for, why it is being done. In certain cases, it works to discuss the scenarios with them. I LOVE SCENARIOS!!! Once we are warmed up, (depending on the theme) I will start throwing out scenarios, like ‘you just won a million bucks’, ‘your bag got stolen’, ‘you came home and your husband surprised you with 1,000 roses’. This helps get the model into the mood, and it begets some real expressions, which is what would sell a picture better. It can be quite tough to sell something, if you have a blank look on your face.

Below are a couple of examples of some images, I have worked on and I will go through the scenarios I discussed with the model.

Example 1 : the Queen of Jordan 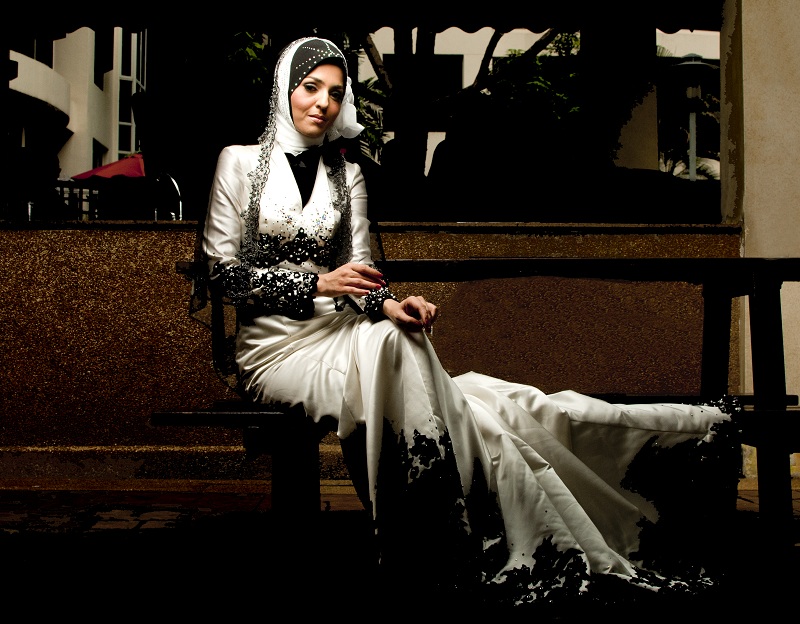 At the Lighten Up and Shoot Workshop in Singapore, they had some models over, so that we could practice what they taught us. The model here, Ms Fahmina Omair, was dressed in this elegant gown. It reminded me of a Middle Eastern Princess. I did not have much time with her, but she was such a professional that I only had to say two lines, ” You are the Queen of Jordan. Accomplished and distinguished.” She got it in a second, and was in perfect pose. 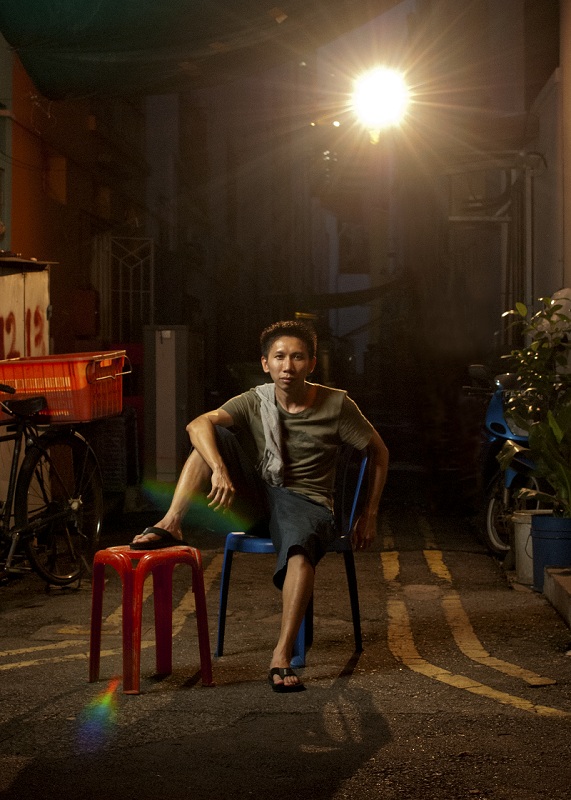 We were walking around the back alleys of Chinatown and I saw this frame. Andy(Lighten Up and Shoot) said that he wanted a sunset effect. I immediately thought of a labourer, who was tired at the end of the day. Byron(Voux Photography, https://www.facebook.com/VOUXphotography) stepped up to model, I related the scenario, that he was a labourer, tired at the end of a day’s work, but proud that he is doing honest and hard work. You can see the tired look in his eyes and from his body language, you can see how he has propped himself up to portray the scenario. 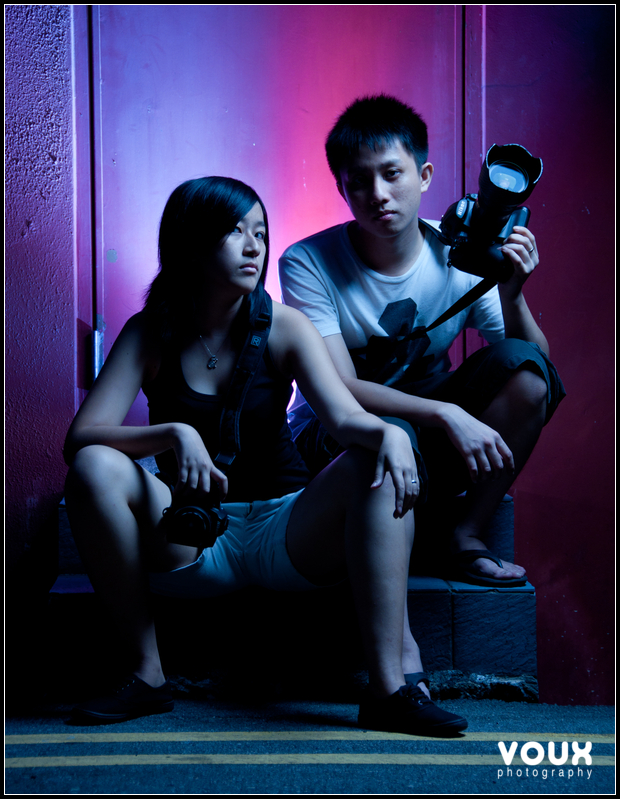 Don and Vivianne are a couple, who shoot weddings together (AWWWWWWW, how sweet!!!). For this scenario, I thought how could we promote them, in a different way. So I went gangstaaa, specifically, Hong Kong Triad Gangters. I related the tagline, ‘We Will Shoot You!!!’ and told them that their weapons were their cameras. Voila!!!

The next time you have a shoot, discuss the idea with the model. Give them a scenario, and get them to react. You will get better expressions, for sure.