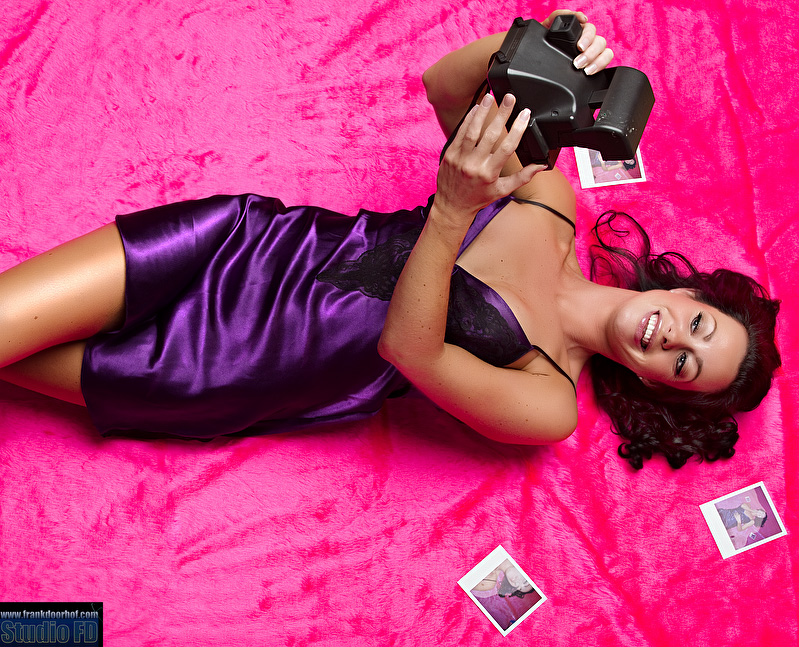 We all know the feeling when a new product hits the market, we have to have it because it will of course make us a better photographer…… well…… 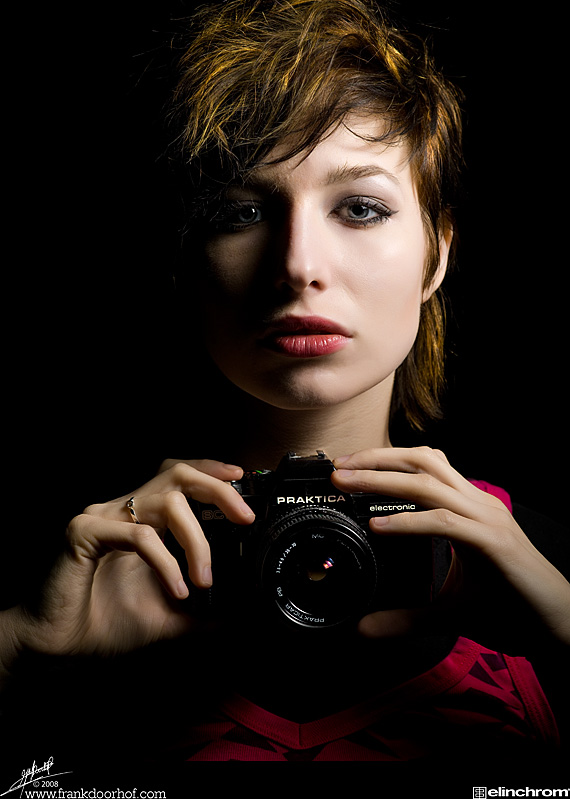 Learn to use what you have
One of the questions that pop up regularly is the question about if it’s wise to switch from Nikon to Canon, from DSLR to MF etc. My answer in almost all these cases is very simple, “only upgrade if you run into problems with your current gear, AND the other gear can solve this” now what do I mean with this?

Somehow a lot of photographers keep thinking that if they change cameras/gear they will become a better photographer, well sorry to burst that bubble but that’s never gone happen, just imagine…. all the people with loads of money would be the best photographers in the world because they can buy the most expensive gear. What a lot of people seem to forget that we as photographers (and videomakers) are storytellers and if you have a great story it doesn’t matter if it’s done on a point and shoot, DSLR or MF system. There is only one thing that’s really important and that’s the image, and let’s be honest that can be made with every possible camera, even your iPhone (to be honest I LOVE to shoot with my iPhone because it forces me to think differently just because of it’s limitations like DOF).

So first learn how to become a good story teller, make interesting compositions, learn to play with light (available or artificial). When you are working this way you will also notice that you will learn your camera by heart. The best photographers out there aren’t bothered by their camera, their camera is something that is part of them, it functions like breathing does for your body, you don’t think about it, it just works. What you will also notice is that a lot of pros won’t shoot with one camera only, they will grab whatever fits the job and don’t bother about having 33MP or 22MP or 80MP. You can try to shoot a dark alley shot with only streetlights with the latest 80MP digital back but you will go home with mediocre images that are probably too noisy or there is movement in the shots. Better is to take out a good DSLR (Canon or Nikon) crank up the ISO to 1600-3200 and deliver razor sharp and rather clean images.

A good example to see this in real life is to check portfolios from photographers you REALLY admire, very soon you will find out that in those portfolios often the gear is not the newest that’s available, I’ve seen some stunning work just recently that was all shot with a Canon 20D which for some people is regarded as a relic, but do remember that when it was released according to many it was the best thing out there in that price range and would be more than enough for years to come (and that’s not years to come ago). Don’t be fooled by the fact that some stock agencies are upping the resolutions demands every year, for most work and for most publications a 10-12MP resolution (when shooting RAW and properly lit) is more than enough.

For myself I always switch between three cameras.
For the studio work I love to use the Mamiya RZ67ProII, it’s a great camera when shot from a studio stand, the image quality is breathtaking and second hand the lenses and whole system can be bought for a limited budget when shooting on film, but also a digital back can be connected. I’m using the leaf AptusII7 on it and the results blow away anything I have ever tested (including the great Leaf Afi system). When I need more mobility or when I work outside with strobes I will switch to the Phase One DF body (which looks very much like a DSLR) with the same digital back (you can very easily switch them over). When my light changes or when I do street/sport photography I will change to the Canon 5DMKII which is fast, has great high ISO performance and I can switch between filming and stills in a heartbeat.
And I leave out the Canon G9 we still own that is great for those locations where you really want to look like a tourist or the iPhone4 for those situations were….. well you haven’t have any other camera available. We could say it’s “horses for courses” but I also love the expression “the best camera is the camera you have with you” because in the end it all boils down to just ONE thing, getting the shot. 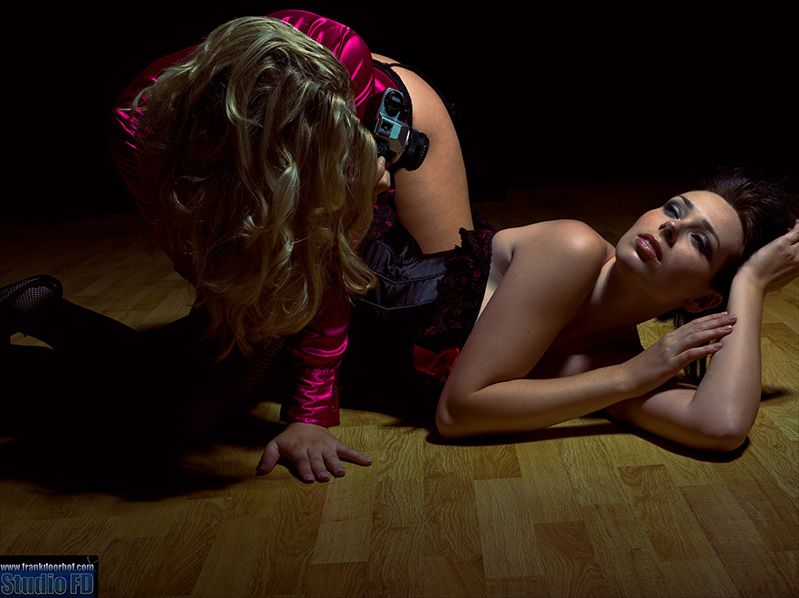 Conclusion
So should we never upgrade?
Well of course not, but I strongly believe that we should only upgrade if we remember that it will not make us better photographers, we should upgrade because we LOVE more pixels, LOVE higher ISO, LOVE new toys (biggest one) but not because we expect to make us better shooters because it will not. I often tell during seminars the story about a photographer that contacted me about wanting to get into MF because he loved my images, one of his questions was if it was possible with MF to shoot sports because he had to sell his DSLR gear to buy into MF and his work was 70% sports and 30% portraits…… when you have to ask a question like this you are not informed about the system but are just wanting to upgrade because you think it’s needed to lift you to the next level while in reality he will probably never sell a sports image ever again.

So why did I upgrade to MF when I can get the story with “any” camera?
The story is very simple.
During one of the demos I did for Elinchrom/fotoflits on the Dutch Professional Imaging I was handed a Hasselblad H2/22 to test out, and let’s be honest when you are shooting with a DSLR it’s always interesting to shoot with a MF camera if it’s handed to you, or in other words you don’t decline. While shooting I did not like the system I have to be honest, the AF was slow, I needed to keep a distance (they gave me lens that was not 100% fit for portraits up close which was a problem in the booth I was working in at the time) and the captures were slower than with my 5D, so after maybe 4-5 sessions I gave it back, thanked the guys a lot and forgot about it…… until I came home and saw the images the Hasselblad produced, wow was an understatement. I had shot with a black background and a background with some detail in it, the thing that immediately jumped out to me was the skincolor quality, the definition but most of all the 3D look of the images. And that 3D look is always something funny because a lot of people claim that it doesn’t exists, however I see it very clearly when switching from DSLR to MF on the same lightsetup (even when calculating the difference in DOF in lightoutput) so I saw the images were better but that still didn’t convinced me to switch, more was needed, and that more came a few months later when I did an assignment where I needed a shallow DOF outside with strobes and inside with strobes but a background close to my model. With my 5D I managed to do the shoot but I had to shoot some images inside with a 1.8 lens where I would have rather shot them with a longer lens (I did not have the 85 1.2 in my possession at that time). And to make a long story short using ND filters killed my AF on many shots meaning the hit miss ratio was too high for my liking, and inside the 1.8 was not the prettiest lens I had wide open.

To make a long story short I decided to test a MF system in similar setups and very soon found out that working with MF solved these problems in a heartbeat. The DOF is totally different because the sensor is twice as big as the FF sensors. Meaning you are shooting with longer lenses and thus creating a totally different DOF. Think about shooting f5.6 on a DSLR with a 80MM and shooting a similar image from the same position with a MF with a 140-150mm lens. The outcome is that the MF will have a narrow field of view (brilliant for shooting on seamless paper or in scenes with limited background space) and the look of the DOF will be around f2.8-f4 on the DSLR. Also take into account that the MF will drop down to ISO25 or ISO50 and you can imagine that for shooting with strobes outside and fighting the sun this is absolutely  priceless. Now also add that with most MF systems you can shoot on sync speeds higher than 1/200 with studio strobes (depending on the system 1/400-1/1600 or even higher) and you will know it’s time to upgrade IF you are shooting stuff like this. Very soon I got used to the slower AF, the more bulky camera and I already used one focus point on the DSLR so that was something I did not have to get used to. In the end I did opt for the Mamiya/Phase One system over the Hasselblad because I fell in love with the Leaf digital backs and on the Hasselblad system that was a dead end because with the H3 series (and now H4) they closed the system.

Is my story telling immediately better with the upgrade?…. no it’s not.
Are my options better to achieve the look I want?….. yes without a doubt.
So with the upgrade began a whole process of learning to use all those new options and building my “arsenal” of options from there on. So the real tip in this blog post (sorry for making it a long one) is that you should only upgrade (if you intend to make better shots) if you are running into a wall with your current gear. Think about wanting to do stuff you simply can’t do with your current gear. I strongly believe that if you upgrade at that point you WILL become a better photographer, if you’re planning on doing the same shoots but with better gear I think you will be disappointed and probably only will see a difference on your monitor when pixel-peeping. Over the years I’ve been drawn away from the pixel-peeping and moved more and more into the area where I only care about getting the shot with whatever I have with me.

Feel free to start/join the discussion and share your opinions. 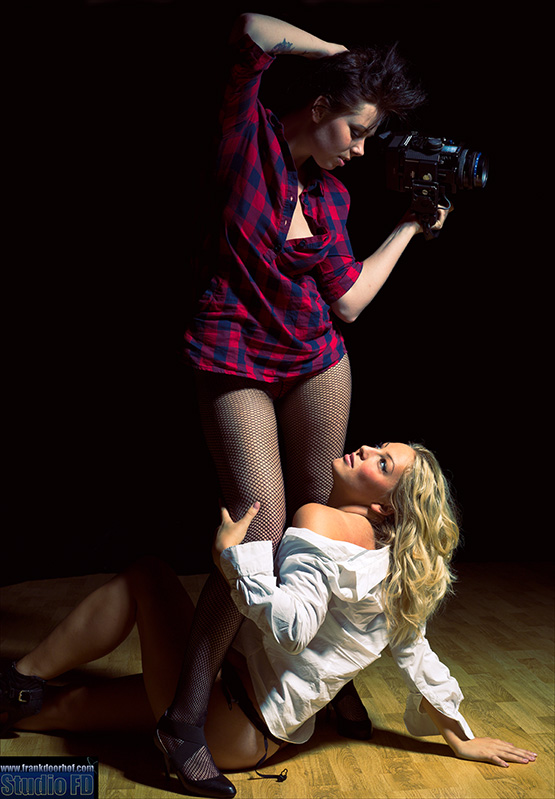