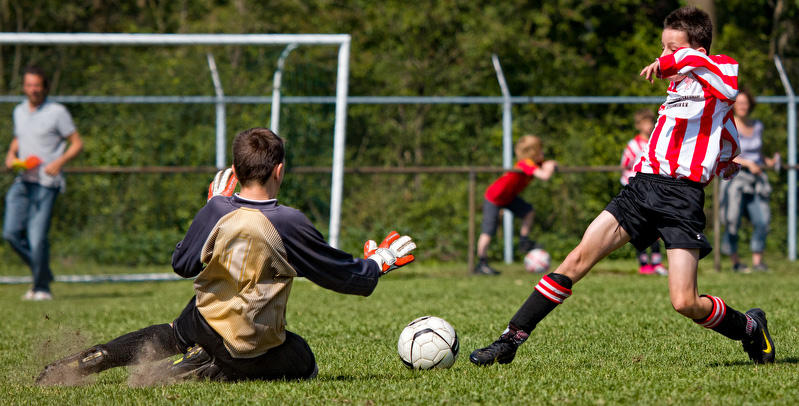 The Netherlands is a real soccer country, and of course also our son is playing soccer. Normally I always teach workshops on the Saturdays and this means I miss almost all my son’s games, so when I’m free on a Saturday I always try to catch him play. This Saturday he was playing an away game in Steenwijk and because I was free I decided to join the team for the game and play taxi 😀

I have to add that although most of the posted material on the blog is fashion/model material I love to do sports and street photography so when I have the change to do something with sports I will do that as much as possible. I use a Canon 5DMKII for the sports with most of the time the Canon 100-400L. I’ve tested a lot of lenses over the years in this range but eventually came back to the 100-400L recently for the simple reason that it has the best combination of factors. It’s not the sharpest, it’s not the longest or fastest but when taking all the points into account I have to say that for me… it’s THE lens I love. Would love to see an updated version however with f4 however, and seeing the other released lenses I really don’t understand why Canon doesn’t revamp this one.

Yeah I know that according to some the 5DMKII and 100-400L is not the perfect sports combi, but I have to be honest… shooting sports is just hobby for me so I will use the camera I also use for my work and for that the Full Frame 5DMKII rocks, although today I wished I had a bit faster camera. I normally use the continues shooting mode to shoot actions which I think that will be spectacular and so I ended up with the following situation.
Right in front of me a player broke through and I started the cycle just before I thought the ball would leave the field, but I decided to keep pressing the shutter, and as you can see here it ended up in a goal. There were some protests about the goal including if the ball was over the line yes/no and to be honest for me it looked like it was over, however when I checked the camera it was just on the line and not over. When the referee left the field for midtime I decided to show him, well not a real good idea… he did not want to talk about it and was not willing to look, there was no discussion and he hated camera images…. hummmm after some persuading him that I only wanted to show it and was not pushing him he looked at the images, I saw a little smile (like he was relieved) and he told me “well it was hard to see and you have to make a decission”….. this says it all I think. Referees are even afraid in the “kiddy” games to make a wrong decision which in this case was not an issue (and should never be an issue by the way) because we lost the game with 1-7.

When I looked at the images on the camera I thought it would be cool to make a small animated gif from it and post it on the blog, so here it is.

And some more images I liked from the game. 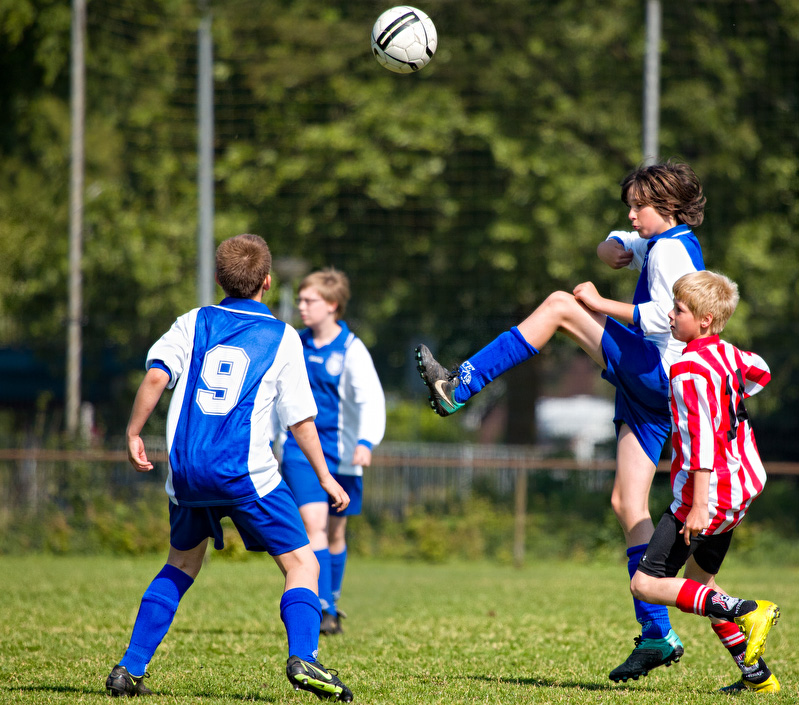 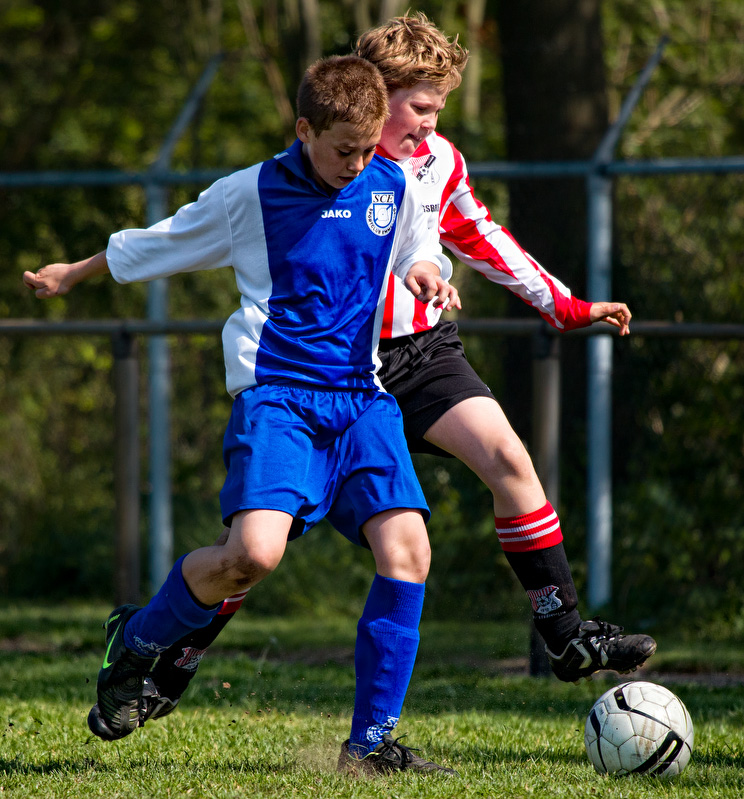 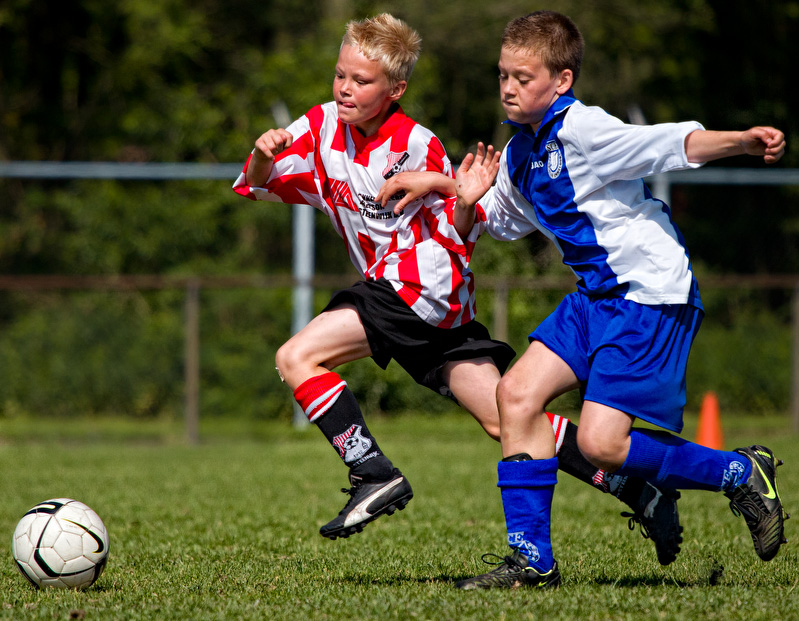 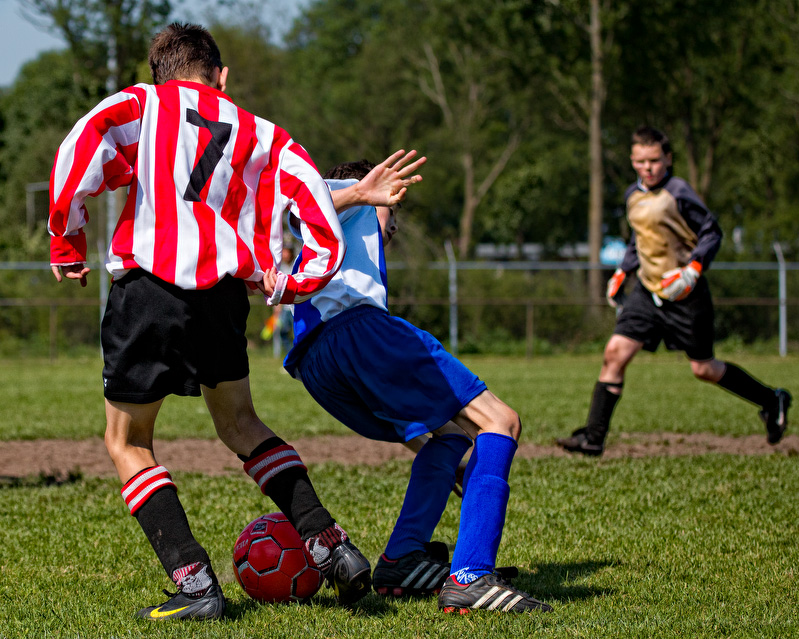 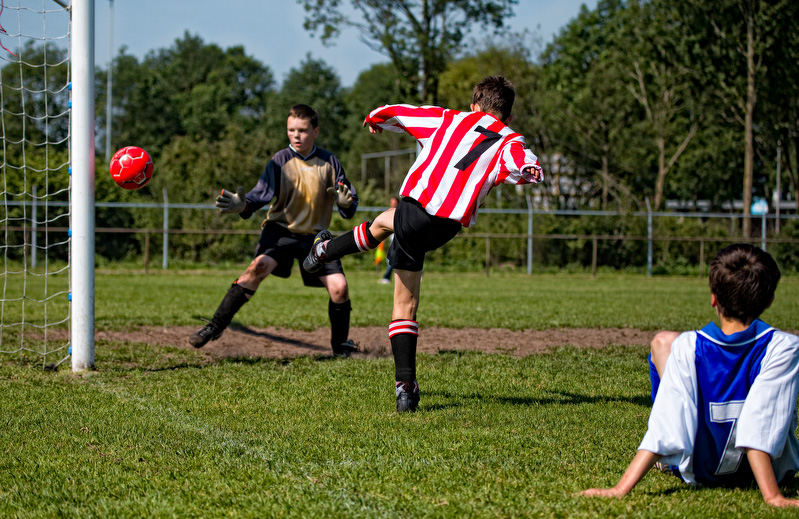 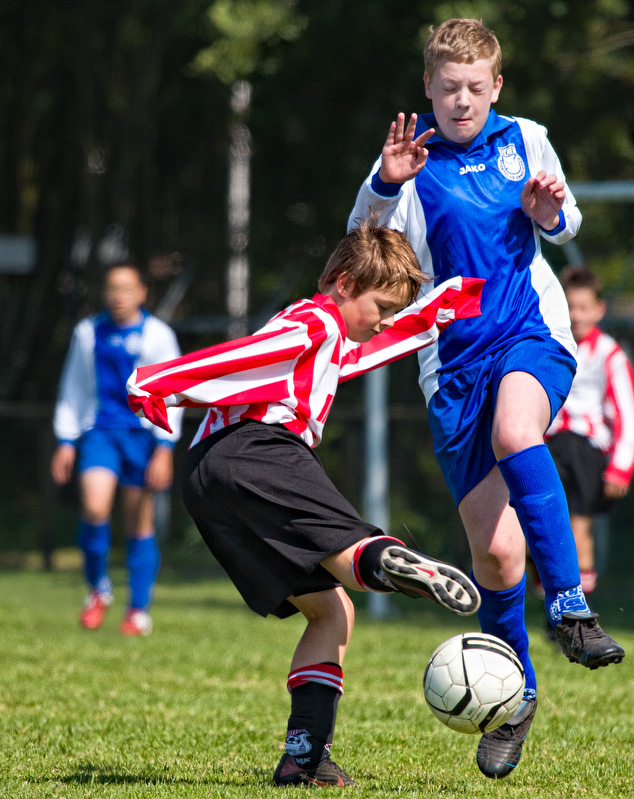