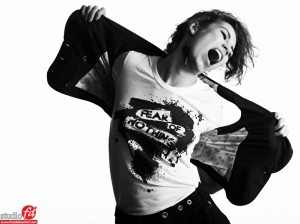 On Saturday it was time for the Workshop Studio Technique 1.
Normally this workshop has a strict program because it’s the first workshop in line and there is a lot of information to swallow. However due to some sick students we ended up with a smaller group than normal and that meant much more time to experiment and fool around.
And when we have Stephanie as our model…. well you guessed it, a perfect combination.
So without wasting more words, here are some of the shots I took during the workshop.

END_OF_DOCUMENT_TOKEN_TO_BE_REPLACED

A while ago I was invited by Sandy Dane for one of her festivals, due to a real incompatible agenda it was not possible for me on some occasions to visit, however when the date February 12th came up I saw an option and booked that date right away.
In a previous blog post I already showed some images… http://www.frankdoorhof.com/web/?p=1019 and I promised a small video.
Well that went a bit wrong, I did shoot some material during the concert and put this together for my own personal use and thought it would not run longer than 5-6 minutes, however while editing I really did not wanted to cut material and decided it would be better to just keep the video complete for upload, so you can see the complete video here.

REMEMBER !!!!
I’m not a video concert shooter, and I’m not a concert photographer.
This video was shot handheld just as fun for myself and the artists, please view it as that so don’t think I have the idea that this is a professional registration, it’s just for fun, so please also view it as that. 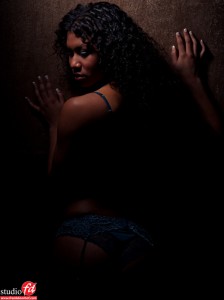 Sometimes students ask if they can bring their own model during a workshop, and that’s of course not a problem and gives me also an option to explain coaching a bit more, because how hard they will try during a workshop, the models I work with on most workshops will know what I mean during the coaching of course.
In this case the model was Imani a beautiful dark skinned model which is always nice for some more glamourous shots.

During the workshops we did several setups and combined mostly lingerie with more covered nude shots. It’s something I don’t do a lot, somehow I always am more drawn to dresses and styling, but I also have to say that sometimes there can be nothing more fitting a model than the more glamour shots. As you can see in these images glamour is indeed the best situation for Imani. Remember that some of the following images can be considered NSFW (Not Safe For Work), although I have to add to this that it’s maybe a European thing but for us it is rather safe I guess.

END_OF_DOCUMENT_TOKEN_TO_BE_REPLACED 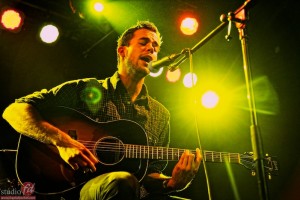 A while ago I shot a serie of photos for a very nice girl starting her musical career.

Fast forward and Sandy Dane was signed by Sony had a few hits and a great album which I can really advise everyone to check out, I’ve been following her work for some time now and she is also active on twitter which makes connecting and keeping in touch easier of course. A few times she invited me for the so called Sandy Dane Festival, a festival in which she and her “friends” play for a small audience. Although I always would have loved to go it never happened because I was abroad or very busy on those dates…. but when she asked for 12 February I saw an opportunity and decided to take that and give myself a night off 😀

During this festival Sandy invited the following bands/artists :
The Hype, Case Mayfield, The Quaint and of course Sandy Dane.

Case openend the show and I must say he is not only a great guy to hang out with but oh my I loved (and read LOVED) his music, just one guy sitting there with a guitar and a LOT of humor and to be totally honest he blew me away, so make sure you check out his music you will love it.

After Case it was time for the Quaint, a bluesy, poppy rock band that hit the right notes with nice songs and good vocals, very pleasant to listen to.

After this it was time for Sandy herself, and what can I say 😀
We still love Sandy, her music is great hitting the right emotions and her voice is very good and stands out live, only problem was the sound in the room which was very bad on the vocals which were totally buried in the the rest of the band which I think was a shame because Sandy has an amazing voice.